Linda Dunbar of Canaan saw the photos of Enoch McGovern in his hospital bed at Northern Light Eastern Maine Medical Center and said like everybody else, the photos broke her heart. 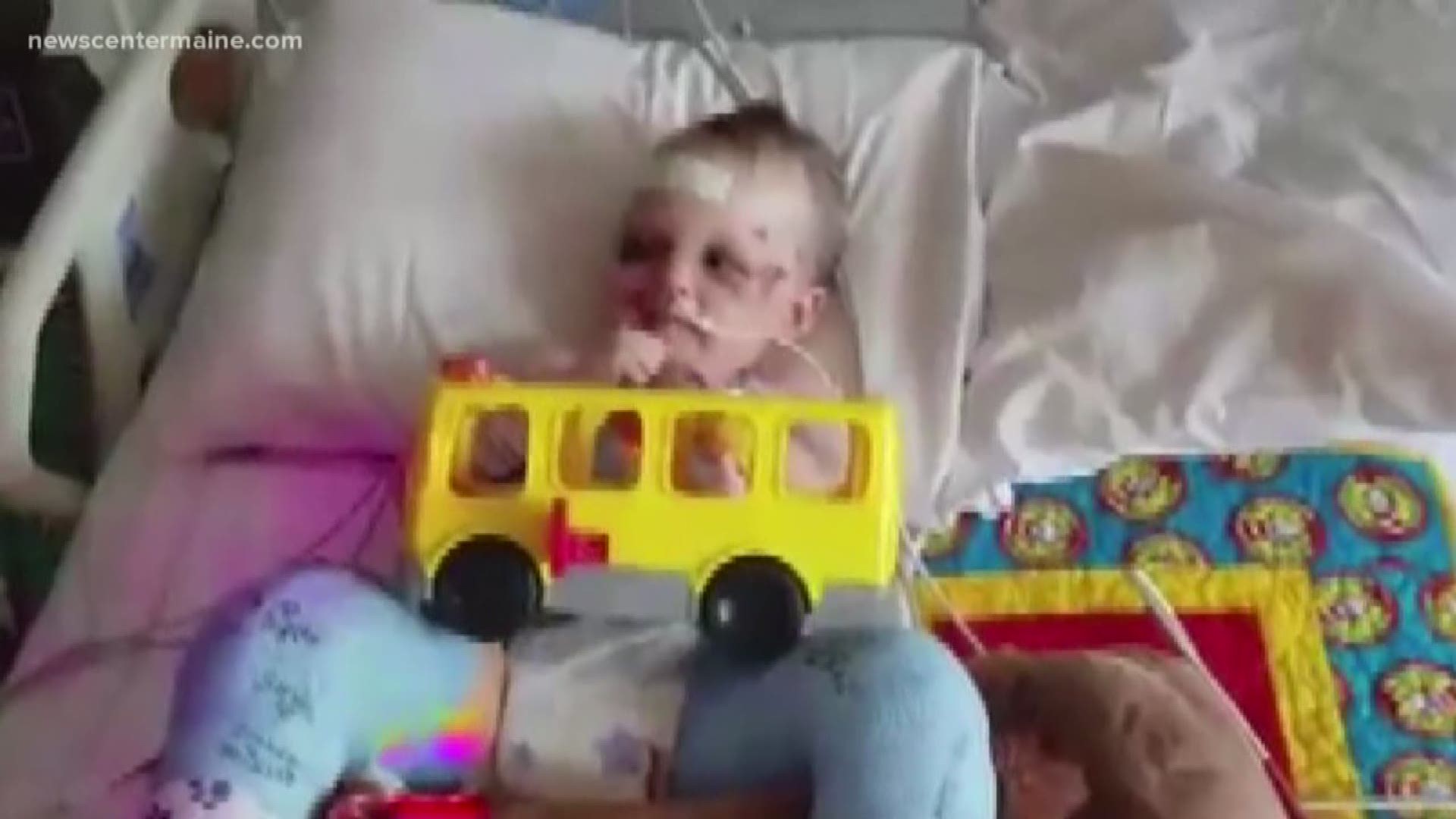 BANGOR (NEWS CENTER Maine) -- The story of two-year-old Enoch McGovern has touched a lot of people, so much so that one woman is rallying the troops on social media by the hundreds, and she doesn't even know the McGovern family.

As NEWS CENTER Maine has previously reported, the little boy was seriously injured when his mother, Heidi McGovern, jumped in front of a tanker truck on I-95 with Enoch in her arms.

Linda Dunbar of Canaan saw the photos of the boy in his hospital bed at Northern Light Eastern Maine Medical Center and said like everybody else, the photos broke her heart.

Dunbar wanted to do something for him and for the family and said so on Facebook.

It turns out, there were dozens of other people just like her from across Maine, and across the world, who also wanted to do something but didn't know what, or how.

"I probably have had 40 to 50 emails privately yesterday," said Dunbar. "One was from France, another one from the United Kingdom, and then a gentleman reached out from Fort Hood, that they wanted to do something also. Anybody that has reached me privately has said that they were either going to donate money to the family or gifts for the kids."

Dunbar said her package for Enoch is in the mail en route to the hospital as of Friday morning. She said she has directed others on social media to send their packages and cards to the hospital for Enoch as well.