Thousands of people petition to save decaying wooden playground

The mostly wooden structure was built by volunteers back in 1990, but it has started deteriorating following years of exposure to Florida’s weather. 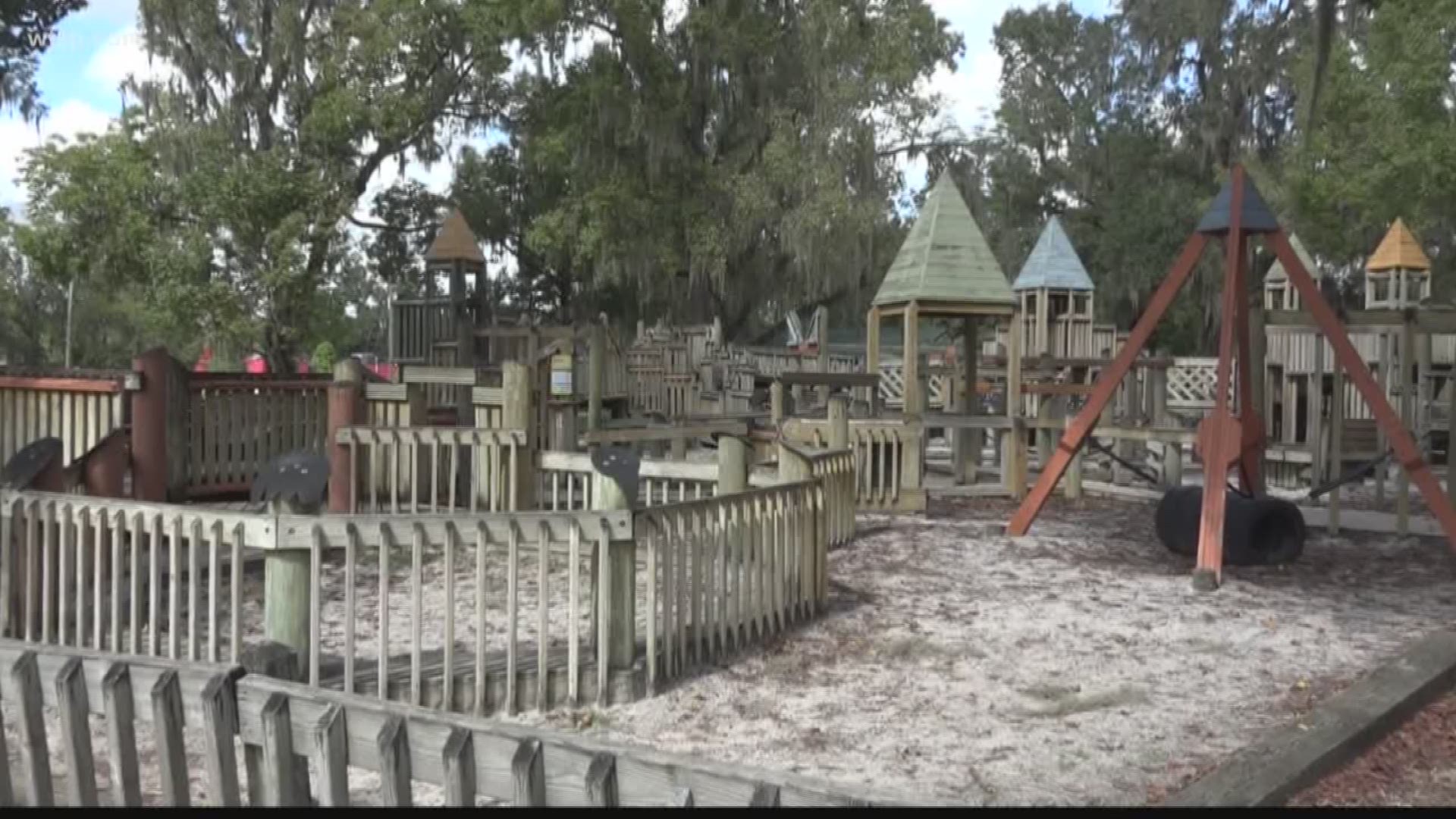 BROOKSVILLE, Fla. — For nearly 30 years, generations of kids have grown up playing on the Brooksville Community Playground in the heart of Tom Varn Park.

The mostly wooden structure was built by volunteers back in 1990, but it has started deteriorating following years of exposure to Florida’s sun, heat and rain.

The city of Brooksville has applied for a $150,000 grant to help rebuild a new playground. A conceptual drawing attached to the application shows a new modern playground constructed out of mostly plastic, which stands up better to the elements.

The new structure would also be ADA compliant to serve the needs of disabled children.

But now, an online petition posted to the website Change.org is calling for the city to reconsider its plans to demolish the old playground in favor of repairing, refurbishing or even rebuilding the current playground the way it is today.

The city of Brooksville says no plans are set in stone, and the city is still waiting on a response to their application request. If funds are approved by the state, the city will then move to the next phase of deciding how to spend the money.

The city says wooden playgrounds are less popular because of their high cost to maintain. The city council will ultimately make the final decision after receiving input from the public.

Those determined to save the current structure aren’t waiting, though.

They plan to hold a “peaceful protest” in the coming weeks to make sure the city knows just how strongly they feel.