Deputies: Brooksville Walmart back open after tractor-trailer fire outside shut it down

Investigators said a deputy heard an explosion at the store just after 5 a.m. Friday. 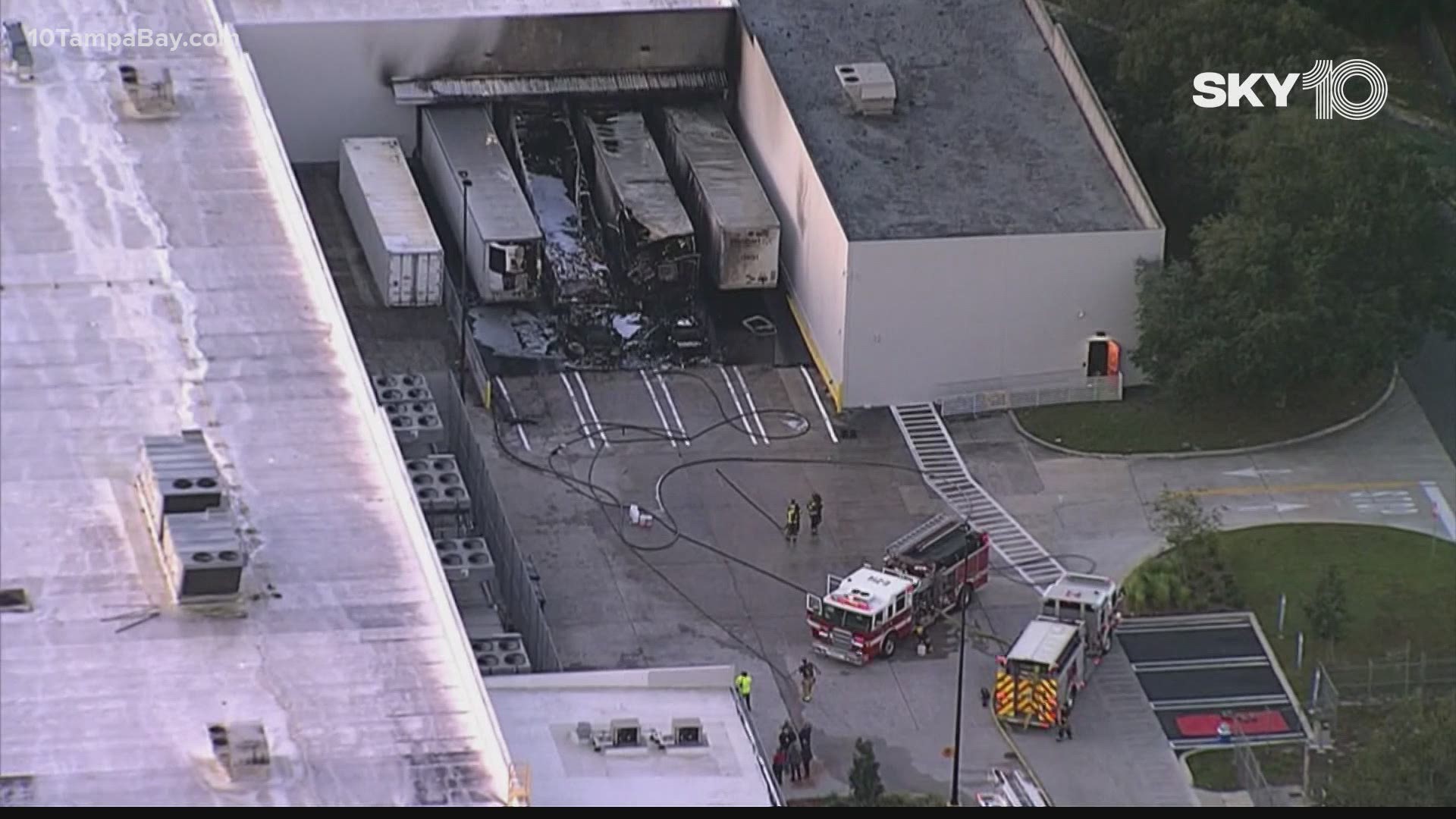 BROOKSVILLE, Fla. — The Hernando County Sheriff's Office is investigating a fire at a Walmart in Brooksville.

Investigators said a deputy heard an explosion near the store just after 5 a.m. Friday. The sheriff's office said while checking out the noise, the deputy found two full semi-trucks and two empty trailers on fire.

Firefighters with Hernando County Fire and Emergency Services said heavy smoke and flames could be seen pouring out from behind the store in the produce loading dock.

According to the fire department, the driver of the first semi-truck said he just pulled into the loading dock and went inside when he heard an explosion. When he came outside, the trailer of his semi-truck was on fire and rapidly spreading.

Fire crews used multiple hose streams and an aerial master stream to extinguish the fire and bring it under control around 5:36 a.m. The store reopened at 8 a.m.

Both semi-trucks and two exposed empty trailers were destroyed by the fire. No one was injured, according to the sheriff's office and fire department.

The origin and cause of the fire are currently under investigation by Walmart Corporation. The State Fire Marshal’s Office was also contacted and consulted.