An advocate said its leaders had a conflict of interest between leading the tiny city and protecting the environment. 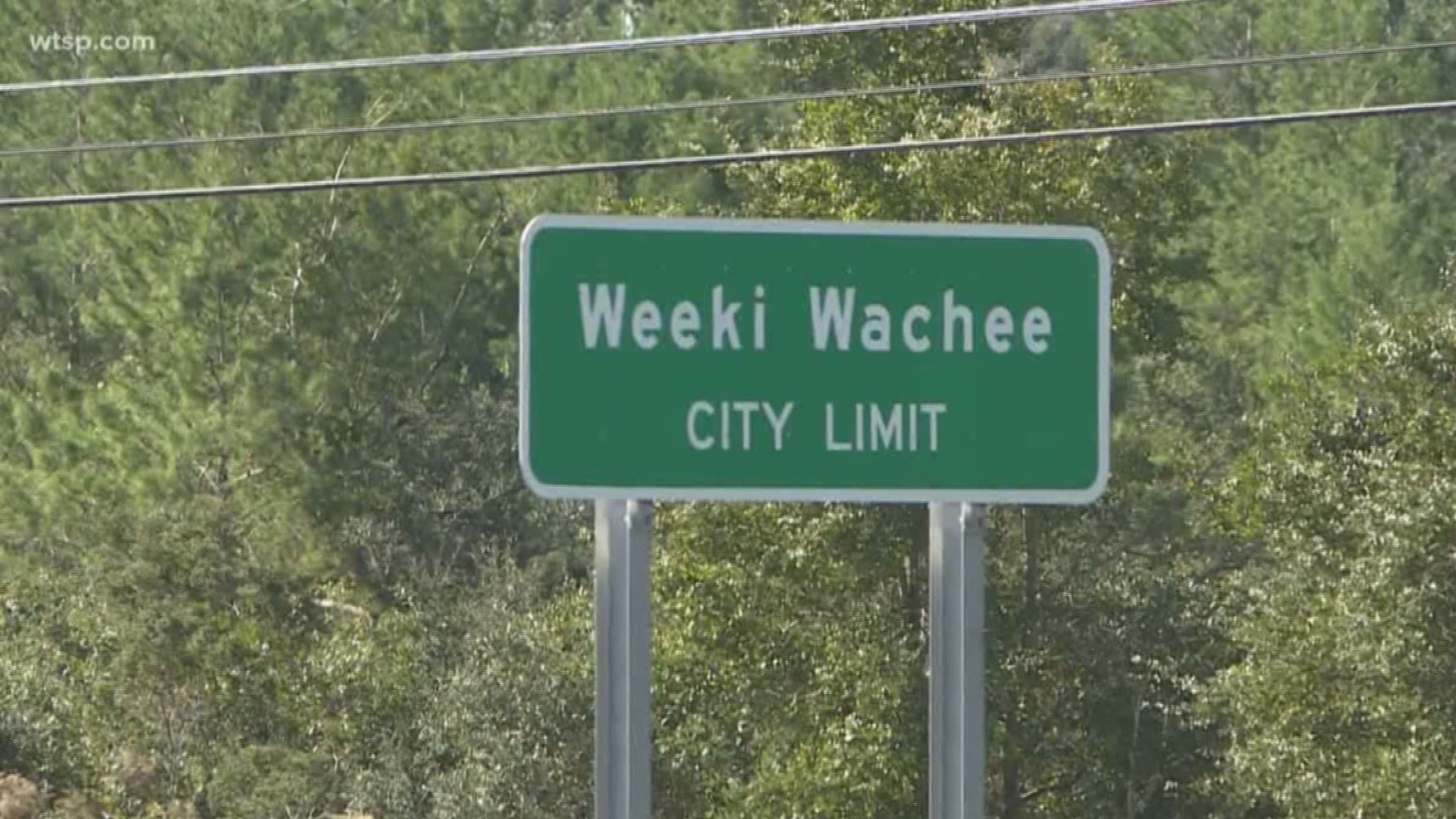 WEEKI WACHEE, Fla. — With the stroke of a pen, the city of Weeki Wachee is no more.

Florida Gov. Ron DeSantis on Tuesday signed CS/HB 1215 into law to abolish the municipality and transfer its assets and liabilities to Hernando County, including debt.

The millage tax rate on tax bills for the former city's properties, which was fewer than 15, have been removed, as well.

"Weeki Wachee will remain the City of Live Mermaids, a world-renowned tourist attraction, without the local government organization," a county news release states.

At the center of attention was the area's renowned natural resources, the Weeki Wachee River and springs. Decades ago, Weeki Wachee became a city to literally put itself on a map to attract tourists.

It's just one square mile -- a population of 13 people -- consisting of the park, a strip mall and a lot.

Shannon Turbeville earlier said there was a conflict of interest with a city council made up of park workers, meaning the same people whose job it is to protect the river also have a financial motive to maximize profits through tourism.

He said in 2018, he found out a park vendor was renting as many as 900 kayaks a day – even though there’s supposed to be a cap of 280, coming at the expense of the environment.

While Weeki Wachee Springs State Park is closed because of COVID-19 coronavirus, kayak launches are permitted. Its famed mermaid shows have been suspended until further notice.

Editor's note: The video on this story is from November 2019 as momentum to dissolve the city peaked.

RELATED: After vote, Weeki Wachee one step closer to being dissolved