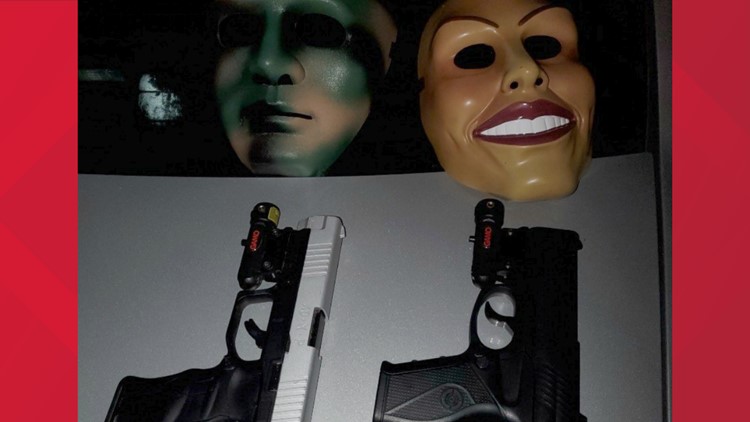 SPRING HILL, Fla. — It was supposed to be a simple sale in Spring Hill, but it quickly spiraled into a dangerous situation in a public library parking lot.

Deputies say a man and woman showed up at the Hernando County Public Library just before 9 p.m. Tuesday to sell a gun they listed online. When three teenage boys arrived to buy it, they were refused, but deputies say they wouldn’t take "no" for an answer.

According to a news release, one of them pulled out a gun.

Deputies say the woman was carrying a legal concealed weapon, and she whipped it out in self-defense. That was enough to send the teens running.

A description of their car and their tag number were all investigators needed to track them down. The news release says deputies searched a 2018 Toyota Corolla and found two BB guns, two masks, some marijuana vaping cartridges – and about $3,000 in counterfeit cash.

Deputies say the teens are all in 10th grade at Central High School in Brooksville. They were all arrested, charged with armed robbery and taken to the juvenile detention facility in Ocala.