All 5 victims in Sebring bank shooting were women

Zephen Xaver, 21, is accused of killing 5 women after opening fire inside a SunTrust bank. 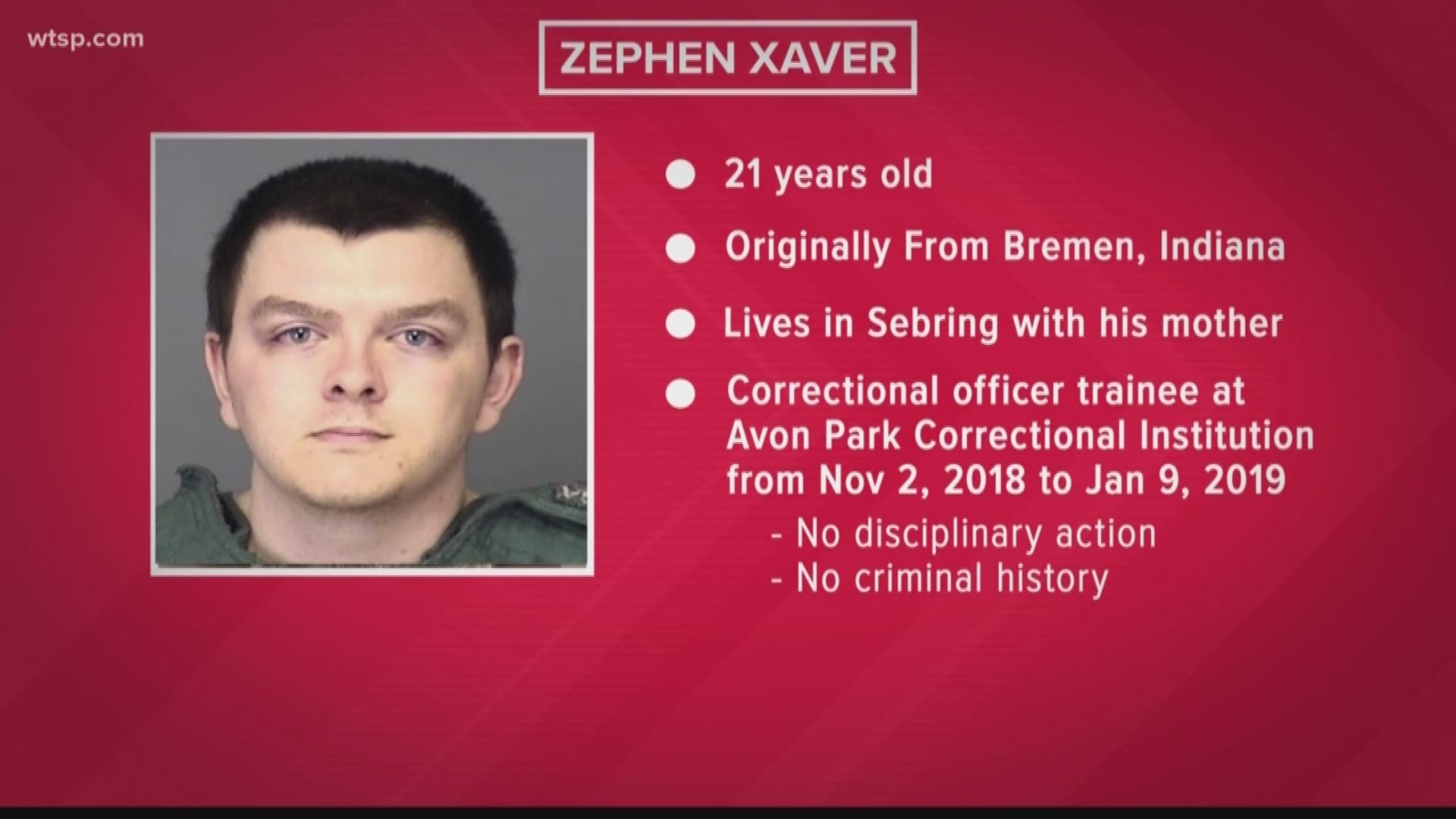 Zephen Xaver, 21, is accused of killing them when he opened fire inside a SunTrust bank in Sebring. Officials identified two of the victims at a Thursday news conference and said the other three are not being identified at the request of their families under Marsy's Law.

"(We have) suffered a tremendous loss at the hands of a heinous criminal," Hoglund said. "Xaver Knowingly and intentionally took the lives of five of our fellow community members -- our sisters, our mothers, our daughters and our co-workers. Perhaps most unfortunate is that now we refer to them as victims of a senseless crime.”

Highlands County Sheriff Paul Blackman said officials don't have any information of a motive. They believe it was a random act and there were no charges for bank robbery.

Investigators said four of the victims were employees and one was a bank customer.

Police said Xaver called 911 around 12:36 p.m. to say he had fired shots inside the SunTrust bank off U.S. Highway 27 near Tubbs Road. He told dispatchers he had "shot five people."

Hoglund said Xaver had already killed the victims when he called 911. Police and deputies surrounded the bank and attempted to negotiate with Xaver. When efforts to make him come out didn't work, a SWAT team went inside.

Read More: No bond given for suspect accused in Sebring bank shooting

Attorney General Ashley Moody said the next steps in the investigation and judicial process will "not be a quick process" after saying communities are now "in chaos and heartbreak."

State Attorney Brian Haas said he will be convening a grand jury in the next couple weeks, and his office is seeking the maximum penalty allowed by law.

"This community is hurting unbelievably," Haas said. "But, if there's a place that can make it through this, it's Sebring and Highlands County."

Sebring Mayor John Shoop asked everyone to continue to pray for victims and their families.

"We have not changed here but our world has," Shoop said. "We'll walk through this together. It is now a part of our history."

Previous: 5 people killed in shooting at SunTrust bank in Sebring