As gunshots rang out, an employee managed to escape the deadly Sebring bank shooting

Deputies say the employee ran out a back door when they heard gunshots. 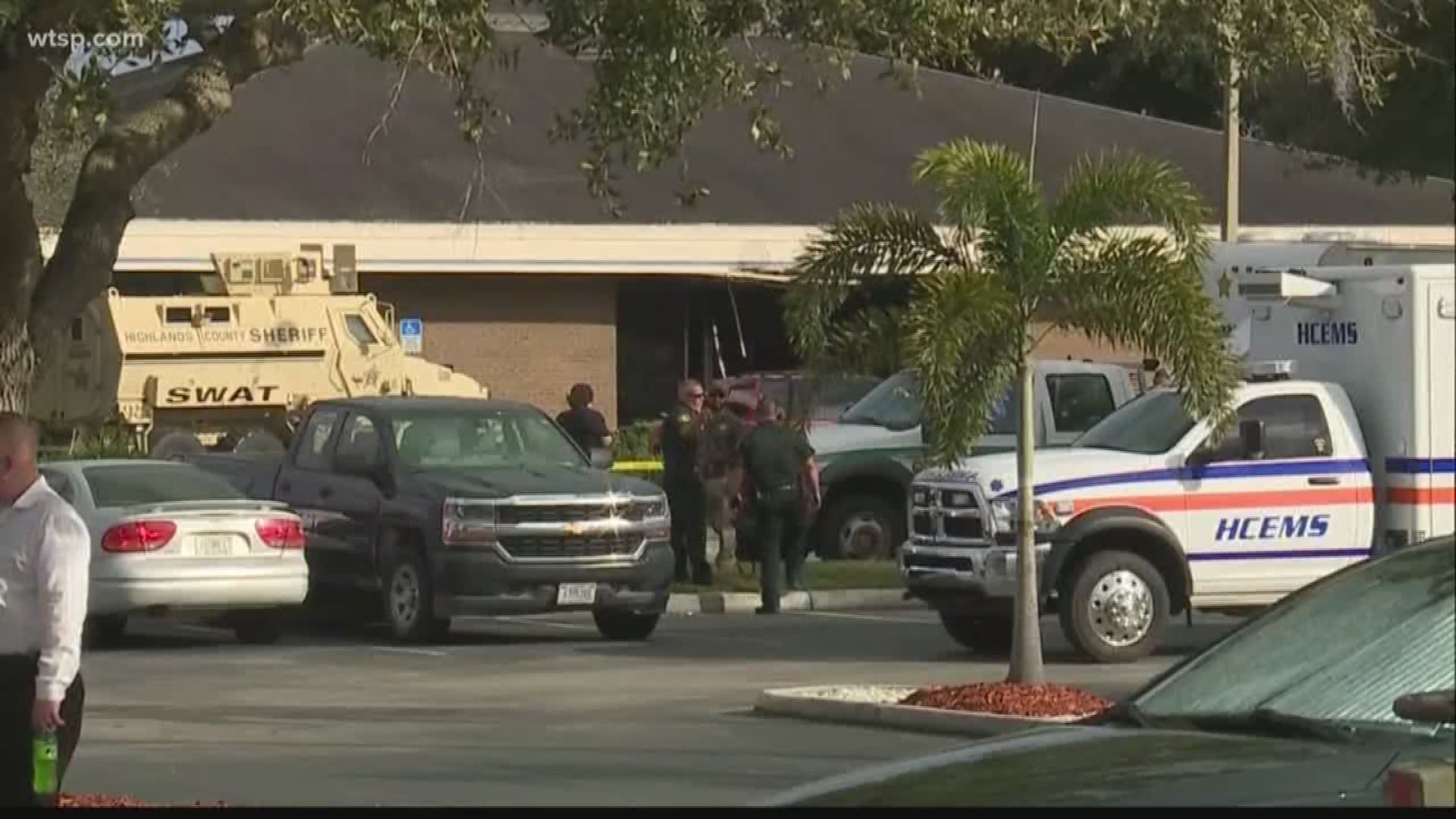 SEBRING, Fla. — An employee managed to escape the bank shooting that killed five women on Wednesday.

Highlands County Sheriff's Office spokesperson Scott Dressel said there was another employee at the Sebring SunTrust at the time of the shooting who was able to get out. The sheriff's office said the employee was in the back break room and heard gunshots.

MORE: 5 people killed in shooting at SunTrust bank in Sebring

The employee was able to run out a back door and call law enforcement.

All five victims were women. Officials named two of them Thursday: Marisol Lopez, 55, and Cynthia Watson, 65.

RELATED: All 5 victims in Sebring bank shooting were women

Police say the other victims' ages were 37, 31 and 54. As of Thursday afternoon, their names are not being released because of families' requests through Marsy's Law.

Zephen Xaver, 21, is accused of killing the five women after opening fire inside the SunTrust bank off U.S. Highway 27. He's facing five counts of first-degree murder.