1 student hospitalized, others hurt after pickup slams into school bus

Deputies say the truck drifted into the center lane and hit the bus head-on. 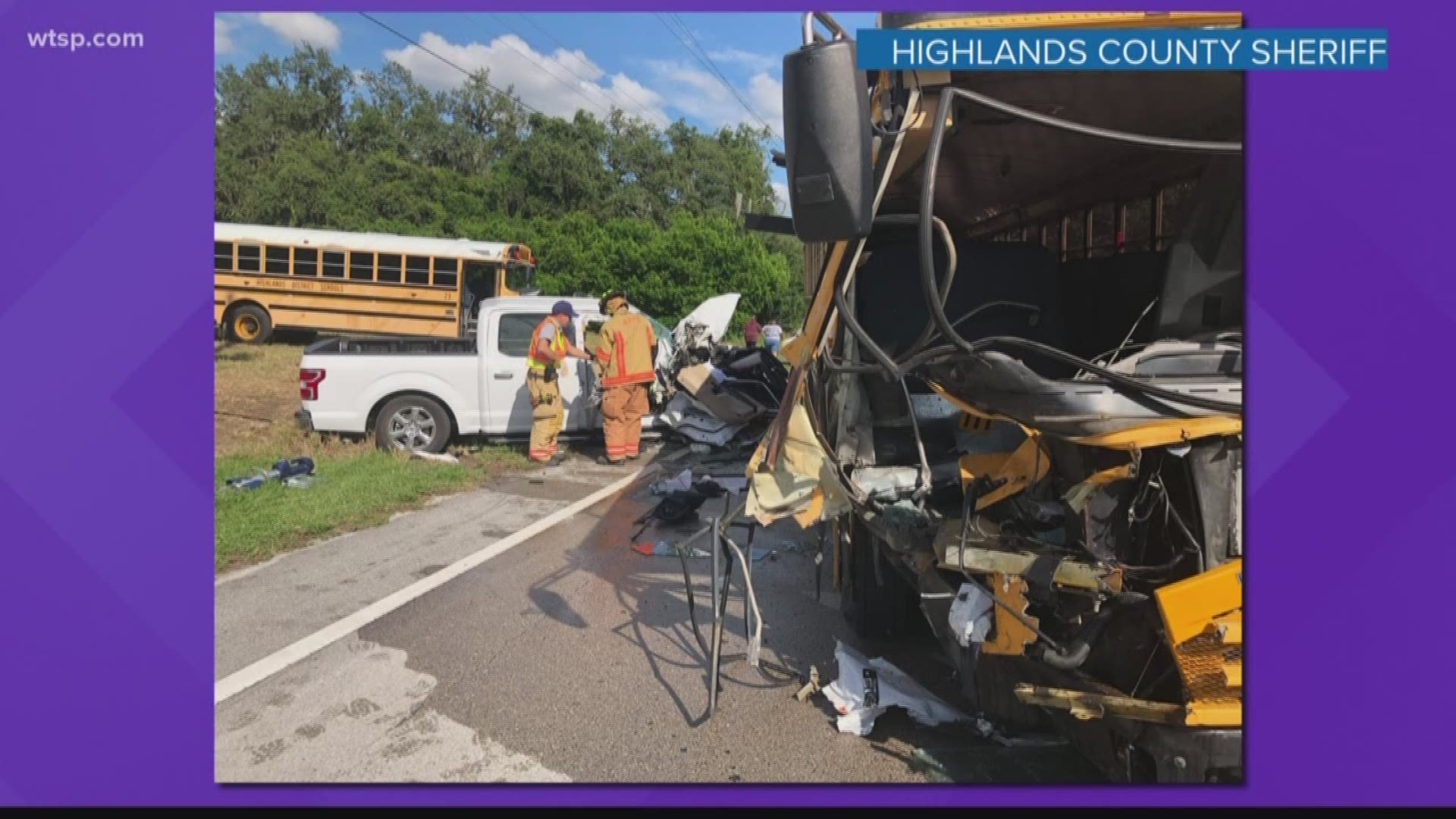 Twenty high school students were aboard the bus when authorities say a Ford F-150 hit it around 3:20 p.m. on East Cornell Street in Avon Park. The truck drifted into the center lane and hit the bus, according to the Highlands County Sheriff's Office.

One student was taken to the hospital with a minor leg injury. Several other students also suffered minor bruises and cuts, according to the sheriff's office.

Two people from the pickup truck were also taken to the hospital with non-life-threatening injuries.