Zephen Xaver, 21, is accused of killing five women after opening fire inside a SunTrust bank. 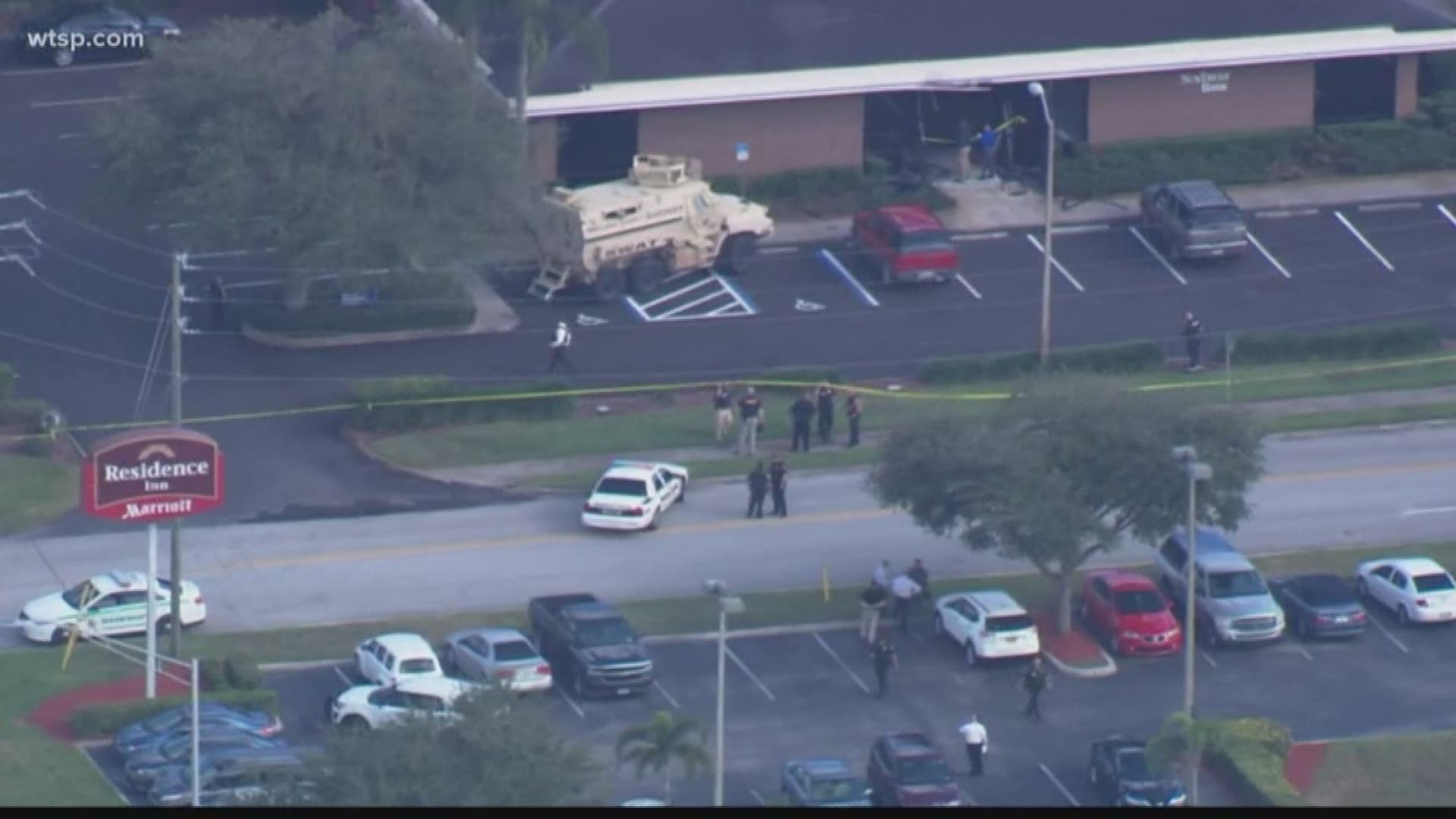 SEBRING, Fla. — Five women died Wednesday during a deadly shooting at a SunTrust bank in Sebring.

Zephen Xaver, 21, is accused of killing the women after opening fire inside the bank. Police say they don't yet have a motive for the killings, but they believe it to be a random act. No charges for bank robbery were filed.

Xaver is charged with five counts of first-degree murder.

RELATED: 5 people killed in shooting at Suntrust bank in Sebring

Here's what we know so far about how Wednesday's events unfolded:

Police said Xaver called 911 to say he had fired shots inside the SunTrust bank off U.S. Highway 27 near Tubbs Road. He told dispatchers he had "shot five people."

Hoglund said law enforcement arrived on the scene about two minutes after the 911 call along with the Highlands County Sheriff's Office and crisis negotiators.

Around 12:44 p.m., a SWAT team arrived and a callout to Xaver was done. Hoglund said crisis negotiators realized Xaver wasn't allowing any law enforcement into the bank.

Hoglund said the SWAT team was able to get inside the bank.

The arrest report said the team found Xaver in one of the bank's rear offices. Once inside, law enforcement found a 9 mm handgun and a bulletproof vest.

In the main lobby of the bank, the SWAT team found the five victims lying face down on the floor. The arrest report said all had gunshot wounds on the backs of their heads and their upper torsos.

Read More: No bond given for suspect accused in Sebring bank shooting

Law enforcement is able to take Xaver into custody. 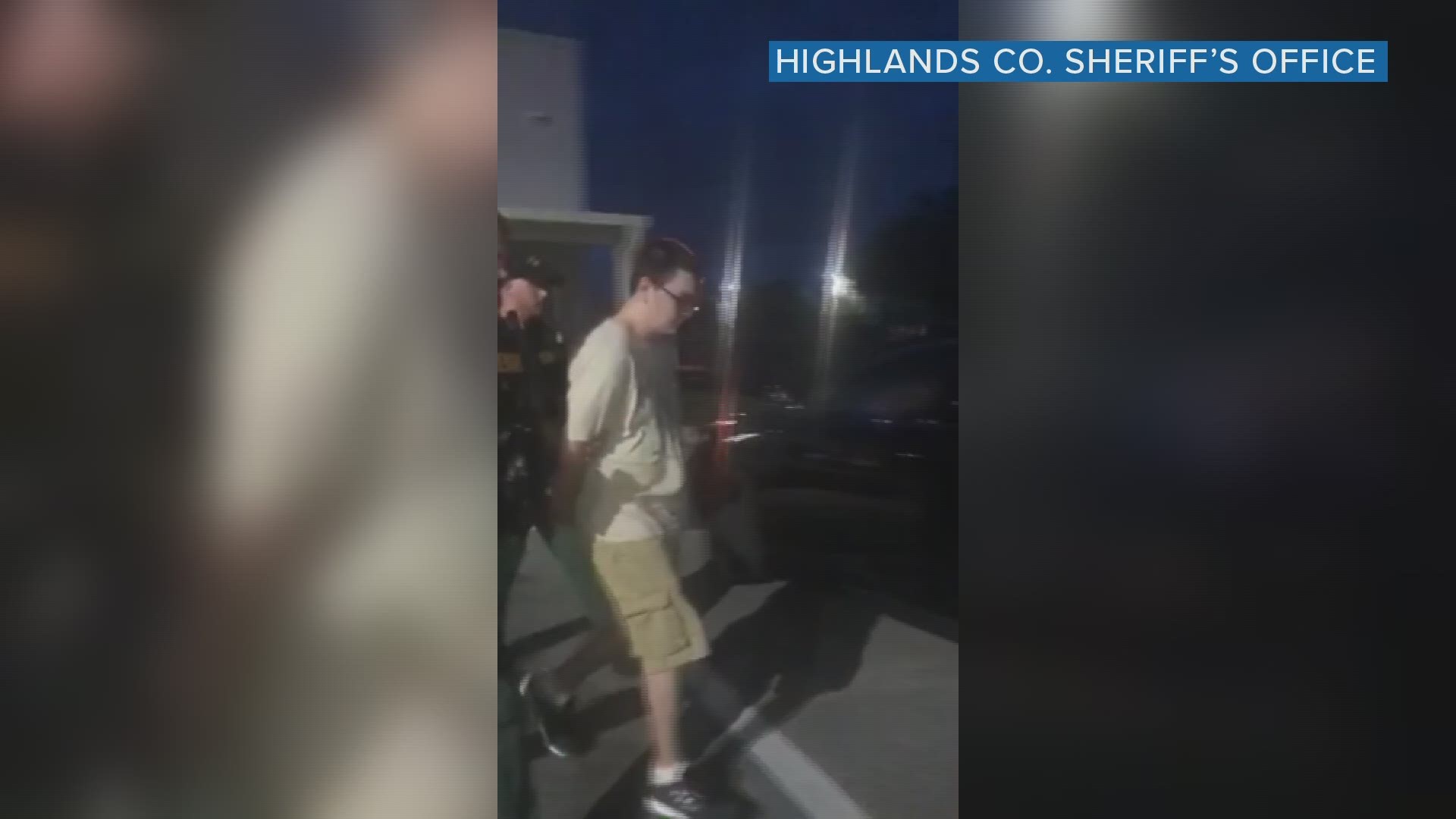 Xaver appears in court for the first time. A Highlands County judge granted no bond, so Xaver will remain in jail.

Xaver is facing five counts of premeditated first-degree murder. It's unclear if a lawyer was present while Xaver was questioned by authorities on Wednesday.

During a Thursday morning news conference, law enforcement revealed all five of the victims were women.

Two of the victims were named: Marisol Lopez, 55, and Cynthia Watson, 65.

The other three victims have not yet been named at the requests of family members under Marsy's Law.

"(We have) suffered a tremendous loss at the hands of a heinous criminal," Hoglund said. "Xaver Knowingly and intentionally took the lives of five of our fellow community members -- our sisters, our mothers, our daughters and our co-workers.

"Perhaps most unfortunate is that now we refer to them as victims of a senseless crime.”

Investigators said four of the victims were employees and one was a bank customer.

The Highlands County Sheriff's Office said one employee of the bank managed to escape during the shooting.

The sheriff's office said the employee was in the back break room when they heard gunshots. The employee was able to run out a back door and call law enforcement.

Florida Gov. Ron DeSantis orders flags to be flown at half-staff until Feb. 1.

"We will never forget Ana, she will forever live in our hearts and minds," said brother-in-law Tim Williams, reading a statement from the family.