Hillsborough County Schools says 14 of the 28 schools listed as failing have improved to a "C" or higher grade according to FSA data. 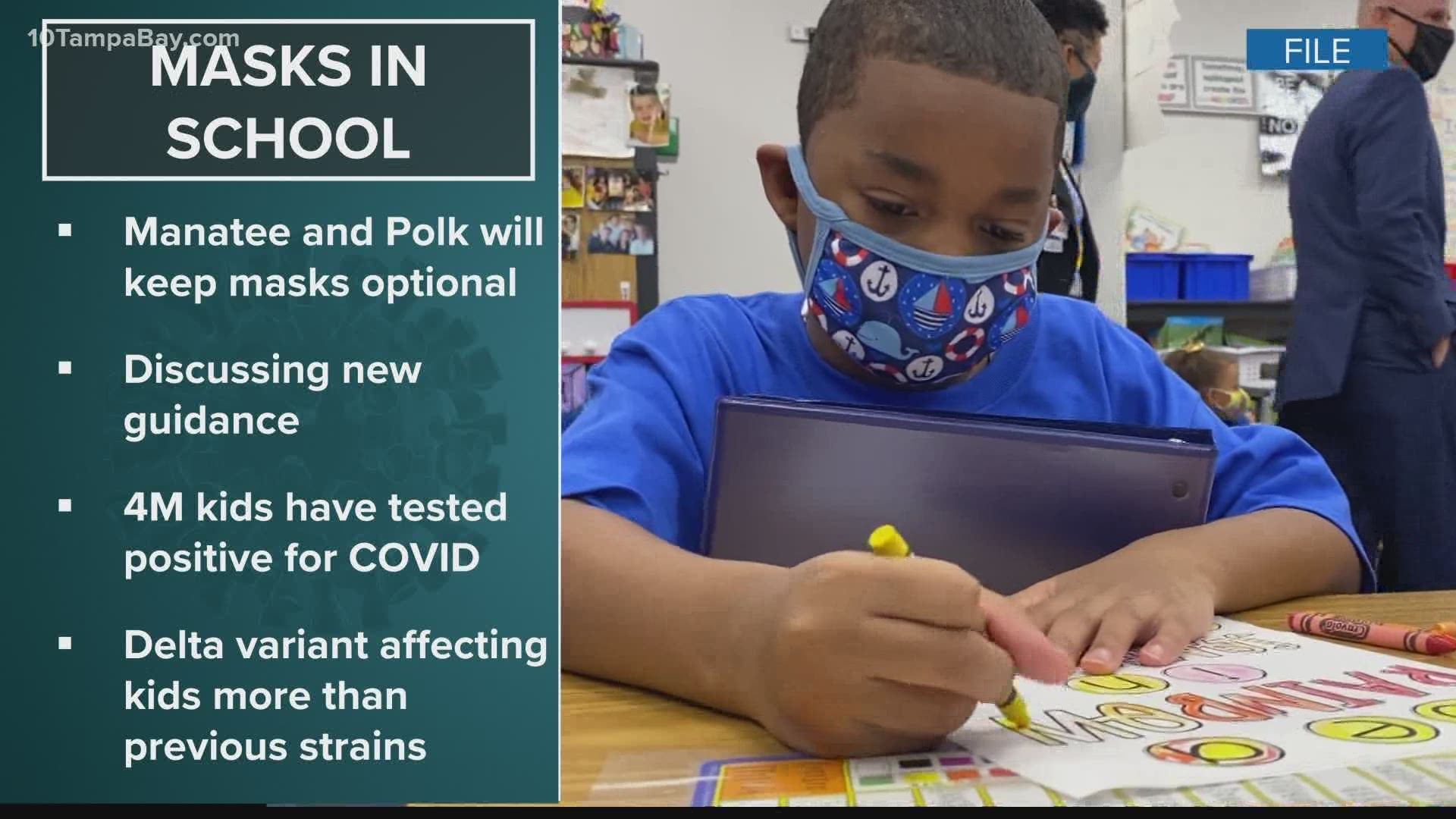 TAMPA, Fla. — As Hillsborough County Schools prepare to welcome students back to the classroom next week for the new school year, school leaders say fewer schools are failing.

According to a report Tuesday from the school district, 50 percent of its "D" and "F"-rated schools have been "eliminated," meaning those schools have improved based on recent FSA data.

In 2019, 28 schools in Hillsborough County were considered failing with a "D" or "F" grade. Since then, 14 of those schools have improved to at least a "C," the district said in a release.

Some of those schools include the following:

“This stellar performance can be attributed to our talented school principals, teachers, administrators, and support staff who have worked diligently and consistently to ensure our learners have rigorous coursework paired with high expectations. As a district, we are determined to continue this upward trend by keeping a laser-like focus on the proper instructional framework of small group instruction while supporting individual student needs, especially in the Transformation Network,” said Superintendent Addison Davis in a statement.

The school improvements come after the Department of Education nixed testing requirements due to the ongoing coronavirus pandemic, provided students had otherwise shown proficiency.

And, DOE Commissioner Richard Corcoran made sure to not let a student's test scores be held against them in ways seen in years past.

School districts were given the flexibility to determine if a senior, expected to graduate in Spring 2021, "record demonstrates a comparable level of achievement to state assessments," according to FLDOE.

Earlier this year, the Hillsborough County School district narrowly avoided a financial takeover from the state. In May, the district received $101 million from a federal stimulus package.

Still, the district ended up cutting more than 1,000 teachers' jobs near the end of the 2020-2021 school year, in part due to its budget crisis.

RELATED: Ventilation is key to slowing spread of COVID in schools: Is your child's school making updates?