The American Red Cross is helping them get back on their feet. 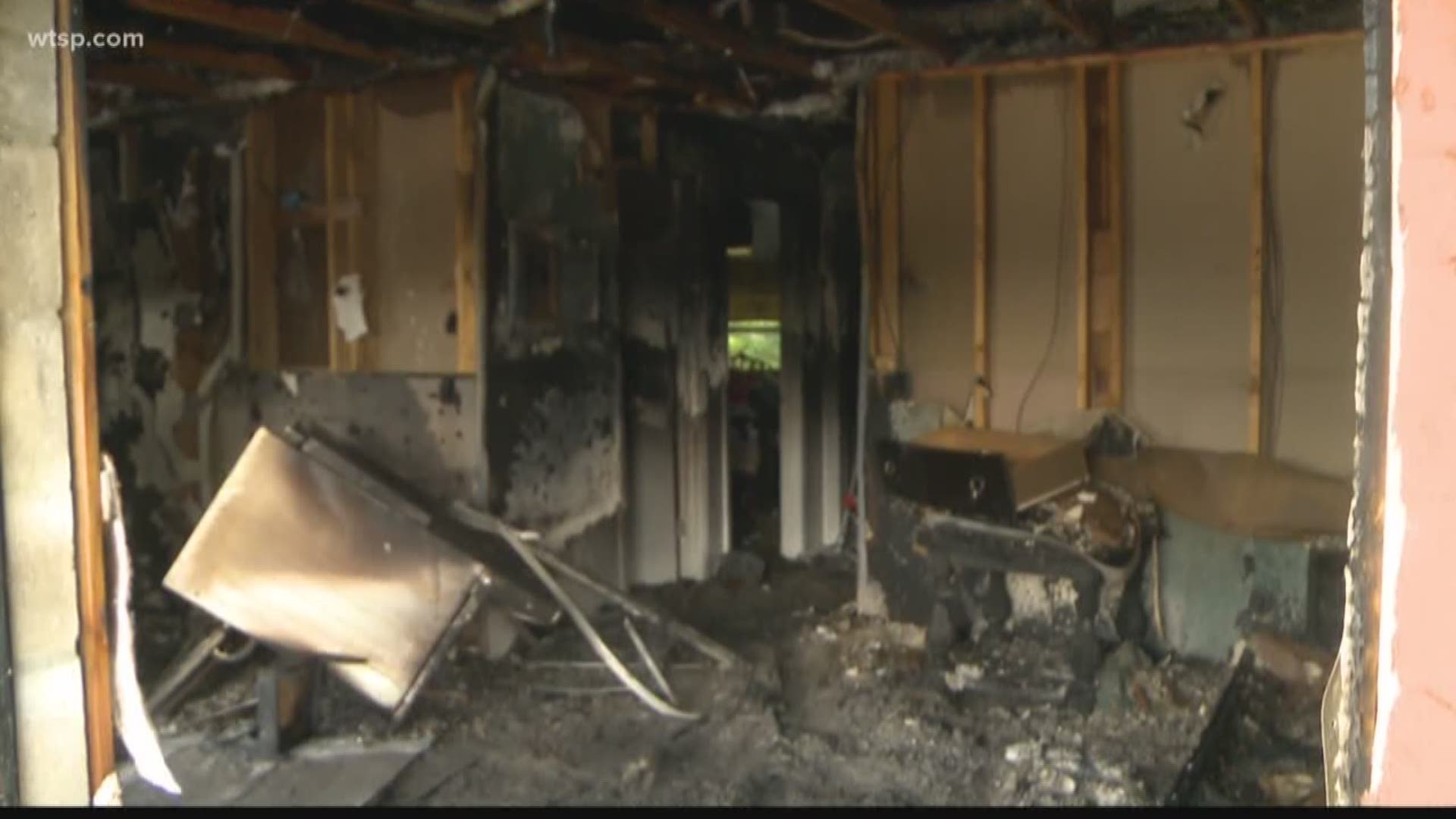 The early morning fire could not have come at a worse time for parents getting ready to see their kids off on their first day of school.

Tampa Fire Rescue said no one was injured in the fire that broke out around 5:15 a.m. at the Pebblewood Apartments at 11316 N 52nd St.

“When I opened my room door, the room was just in flames,” said Alexis Monlin, who woke to the glow a fire and the smell of smoke.

Flames spread quickly through her second-floor unit, about 5:15 a.m. at the Pebblewood Apartment complex on N. 52nd St. in Tampa.

“When I looked out the room, it just look like that whole right side of the couch and curtain and everything was on fire. Right next to the door,” said Monlin.

The 26-year-old mother was most worried about her six-year-old son, Zikyi. The two had spent the night before getting ready for what would’ve been his first day of first grade.

“Yeah, I had everything ready for him to start school. He was ready. I was ready,” said Monlin. “Now I have nothing.”

The American Red Cross is helping the people displaced by the fire. Fire investigators estimate damage to the units at about $40,000.

Other kids also missed their first day back, although some who’d been evacuated still managed to make it to class.

“Yes, the bus came. But a lot of them didn’t get on the bus today because of this fire,” said neighbor Tina Edwards.

Even for those without school-aged kids, the day was a lesson in frustration.

The power was shut off for more than seven hours to several units, leaving people to sit outside in order to escape the stifling heat and lingering smoke indoors.

“In the meantime, we’re sitting out here with no power. And we’re sweating. And we have kids that we need to feed, and we have food in the refrigerator that you know, we can’t save,” said neighbor Andres Neto.

Investigators think the fire was likely sparked by some sort of malfunction with Zikyi’s Power Wheels motorized car - one of those battery-operated toys big enough for kids to ride in.

“He’s only used it two times we’ve had it. Almost 2 years now,” said Monlin. “It’s too big for me to take down the stairs.”

Monlin says her son is staying at his grandmother’s house for now and will hopefully make it to school Tuesday. For now, she plans to stay with a cousin.

It’s hard not to cry, she says, when she thinks about all that was lost. But she’s grateful that she, her son, and their neighbors, all managed to escape unharmed.

“I am thanking God for that part,” said Monlin. “The other stuff is just material. I’m very grateful.”

Firefighters put out the fire within about 35 minutes of the initial call.