9 people arrested after blocking traffic on Dale Mabry during protest

Three people were charged with battery on a law enforcement officer. 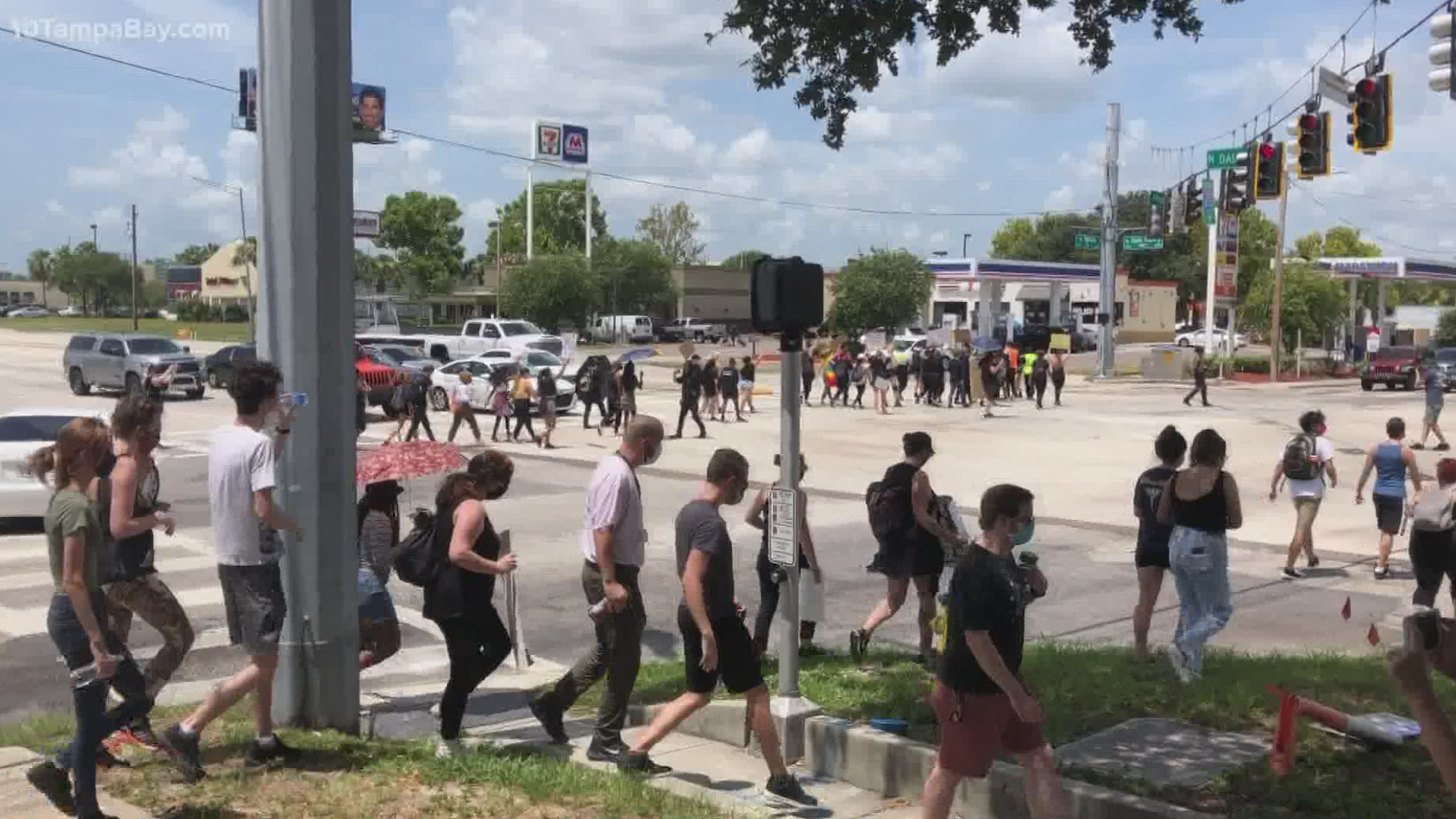 Among the arrests, police said in a news release, three people were charged with battery on a law enforcement officer.

Nearly 100 protesters shut down the stretch of N. Dale Mabry Highway and W. Spruce Street for about an hour. Just prior, some of them held peaceful conversations with officers before making the move into the roadway.

It was around 12:21 p.m. when police said about 40 people and others in cars entered the road and caused a jam in the northbound and southbound directions.

After several complaints from other motorists trying to get by, police said the protesters were given the notice to disperse at 12:56 p.m. A fourth message was announced just after 1 p.m.

Just before 1:30 p.m., police said some of its officers advised objects were being thrown at them. Some were surrounded by protesters and in that moment, police said two bursts of pepper spray were used.

"This was immediately effective, ensured officer safety, and allowed officers to safely conduct the arrest," Tampa police said in a news release.

Charges for those arrested -- aged between 21 and 31 -- include violation of city ordinance 14-41 (obstructing traffic), resisting arrest and battery on a law enforcement officer.

One person was charged with carrying a concealed firearm, as well.