The Hillsborough County Sheriff's Office says the latest incident is similar to an explosion in Tampa late last year. 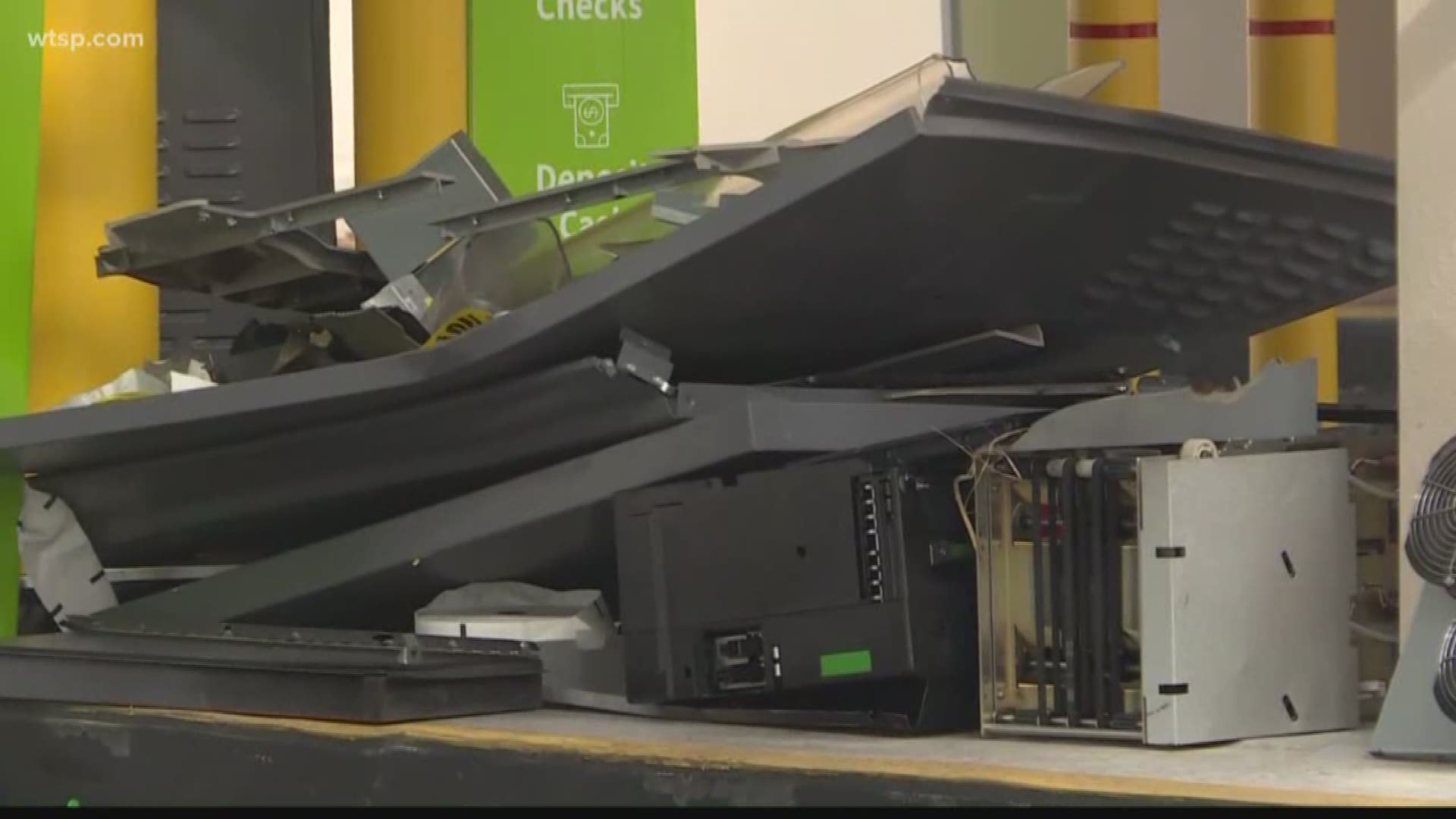 VALRICO, Fla. — Investigators believe an ATM explosion over the weekend is similar to one that occurred last month in Tampa.

Deputies say during that time, someone spray-painted the lenses of surveillance cameras in the area. It wasn't before long there was an explosion at the drive-thru ATM.

Sheriff Chad Chronister said the person did get access to some cash inside the machine, but it's unclear how much money, if any, as removed. Law enforcement doesn't yet have a description of the person who might have committed the crime.

Chronister said the explosive device was not remote-detonated.

The Hillsborough County Sheriff's Office, the FBI and ATF responded after the explosion.

"We’re working with law enforcement to investigate an incident at our Valrico branch ATM."

Back on Dec. 22, a similar case unfolded: The sheriff's office says someone blackened the surveillance cameras with paint and about an hour later, an ATM exploded.

It, too, could be similar to the ATM explosion in Oldsmar, with the Pinellas County Sheriff's Office investigating that case.

Sheriff Chad Chronister will talk to the media about this incident between 10:30 and 11 a.m. Monday.