Investigators believe there was some sort of altercation with people who were visiting the home. 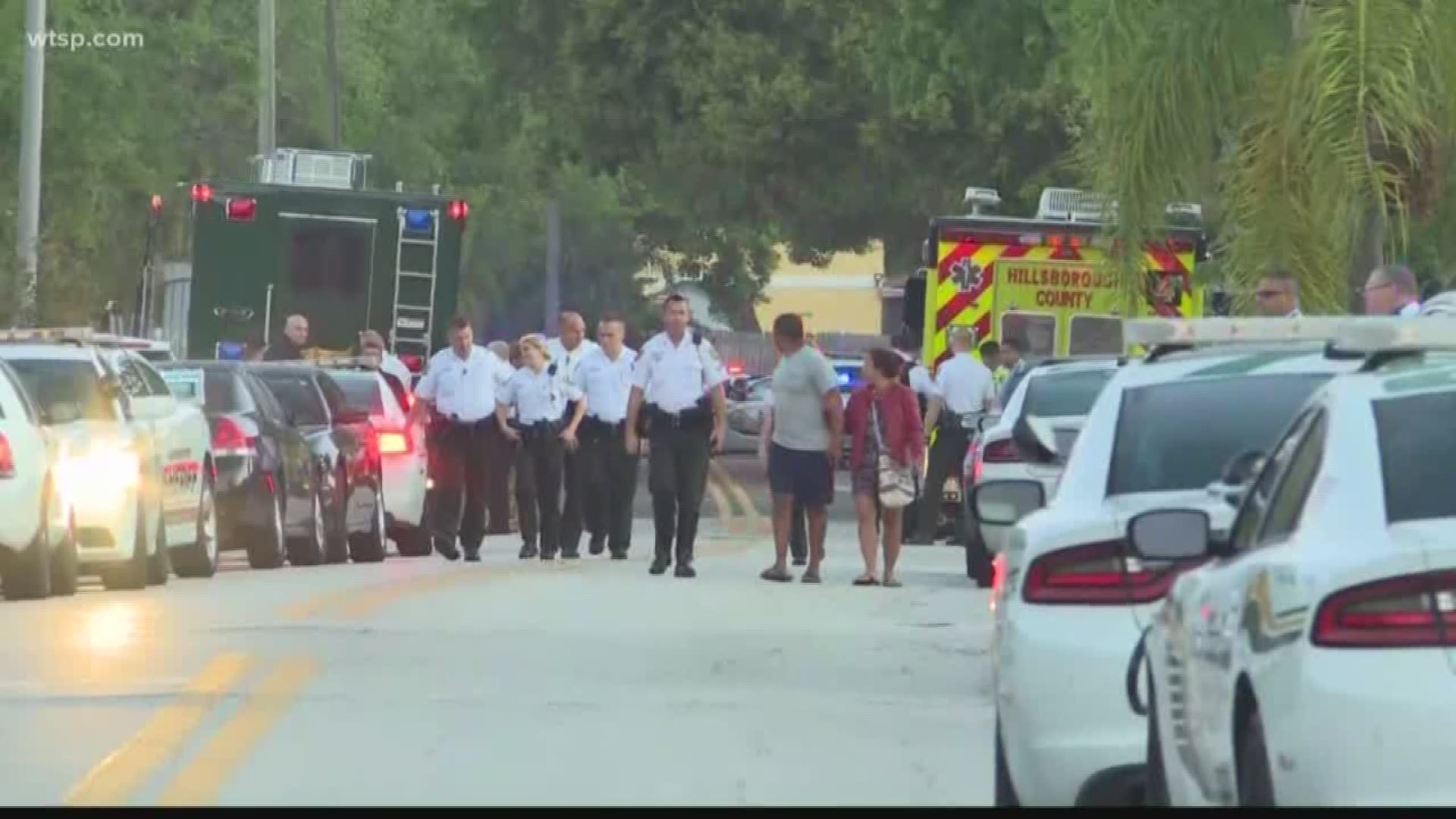 TOWN 'N' COUNTRY, Fla. — A barricaded man has died by suicide after several hours of conversations with crisis negotiators in Hillsborough County.

His death followed a SWAT standoff on Longboat Boulevard West between Hillsborough Avenue and Memorial Highway in Town 'N' Country.

It all started around 5:30 a.m. when there were numerous 911 calls about a shooting.

Investigators said they made verbal contact with the man inside a house at 7:30 a.m., but he stopped responding around 12:30 p.m. His attorney unsuccessfully tried to get him to surrender.

Eventually, a robot found him deceased.

Canas heard the gunshots, then saw the swarm of law enforcement. Heavily armed deputies. And she also received an alarming robocall.

"I actually got back to back calls telling us to lock it down and stay inside, lock your doors,” said Canas.

The man has not been identified, but authorities said he does not have a criminal history and only recently moved to the area.

People who lived nearby said this wasn't the first time law enforcement has visited the home.

Investigators believe there was some sort of altercation with people who were visiting the home.

“They always have some kind of problem. They would call the police. This time it went a little more forward,” said neighbor Federico Londono.

About six hours into the standoff, a couple driving up to the scene told a deputy they’ve got their friend, the suspect, on the line.

Then they passed the phone off to negotiators.

“We’re trying to talk with him to have them come out peacefully,” said the man who delivered the phone. “That’s all we care about is that he safe.”

Investigators say they had communication with the suspect on and off for nearly seven hours.

They allowed friends speak with him. His attorney as well. But none of it worked.

This is a developing story. Refresh the page for the latest updates.