The State Attorney's office asked a judge to keep the man accused of crashing into and killing a jogger on Bayshore Boulevard to remain jailed until his trial. 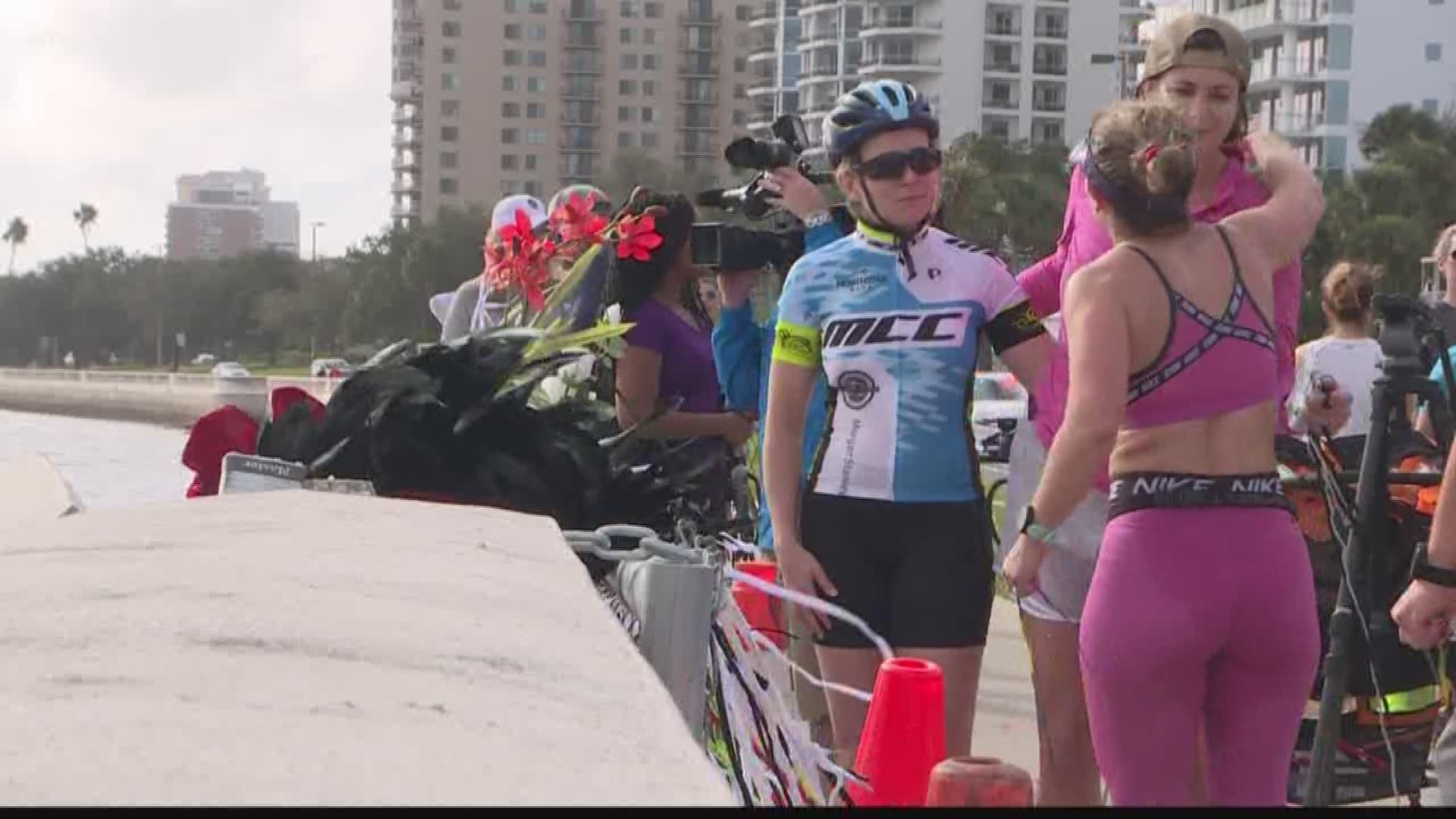 TAMPA, Fla. — Benjamin Ehas, the man accused of hitting a jogger on Bayshore Boulevard while drunk with his work truck, likely won't be getting out of jail anytime soon. The state is trying to make sure of it.

Florida State Attorney Andrew Warren on Monday filed a motion in court, asking a judge to keep the 31-year-old Ehas in jail until his trial. Warren's office says Ehas "poses a threat of harm to the community."

Ehas is being held without bond on charges of vehicular homicide and DUI manslaughter.

He had a blood-alcohol content level of .234 -- almost three times the legal limit of .08 -- not long after crashing into a jogger Thursday on Bayshore Boulevard, according to an arrest report.

The roadway, billed as the longest continuous sidewalk in the world, has a speed limit of 35 mph. Ehas allegedly was driving at 60-70 mph in his Pinch A Penny truck while "weaving in and out of traffic." He reportedly hit the jogger, breaking the boulevard's balustrade and sending the man into Hillsborough Bay.

RELATED: No bond for driver accused of hitting, killing jogger on Bayshore Boulevard

Ehas admitted to buying and drinking a double shot of Fireball Whisky around 11 a.m. and also "admitted to smoking marijuana" earlier in the morning, the arrest report stated.

It's because of these factors, the State Attorney's office says, Ehas should not be released in the meantime.

His next court appearance is slated for 11 a.m. Wednesday, and a judge is expected to decide whether Ehas will remain in jail.

Since the jogger's death and the suspected street-racing crash in 2018 that killed a mother and her baby, Bayshore Boulevard has been at the center of attention for advocates pushing for increased safety measures.

The city installed new crosswalks with flashing beacons and lowered the speed limit from 40 mph to 35 mph, among other changes. For now, no other changes are in the immediate future.

"We don’t have plans to lower the speed limit at this time, close two travel lanes, or place speed bumps on Bayshore Blvd.," Jean Duncan, the city's Transportation and Stormwater Services Department Director, said in an email. "We are also sensitive to any changes that would put undue stress on MacDill Ave., and the neighborhood side streets, if traffic is diverted away from Bayshore Blvd."