'He was my best friend': Daughter remembers fallen deputy killed 1 shift before retirement

They worked together in the Hillsborough County Sheriff's Office. 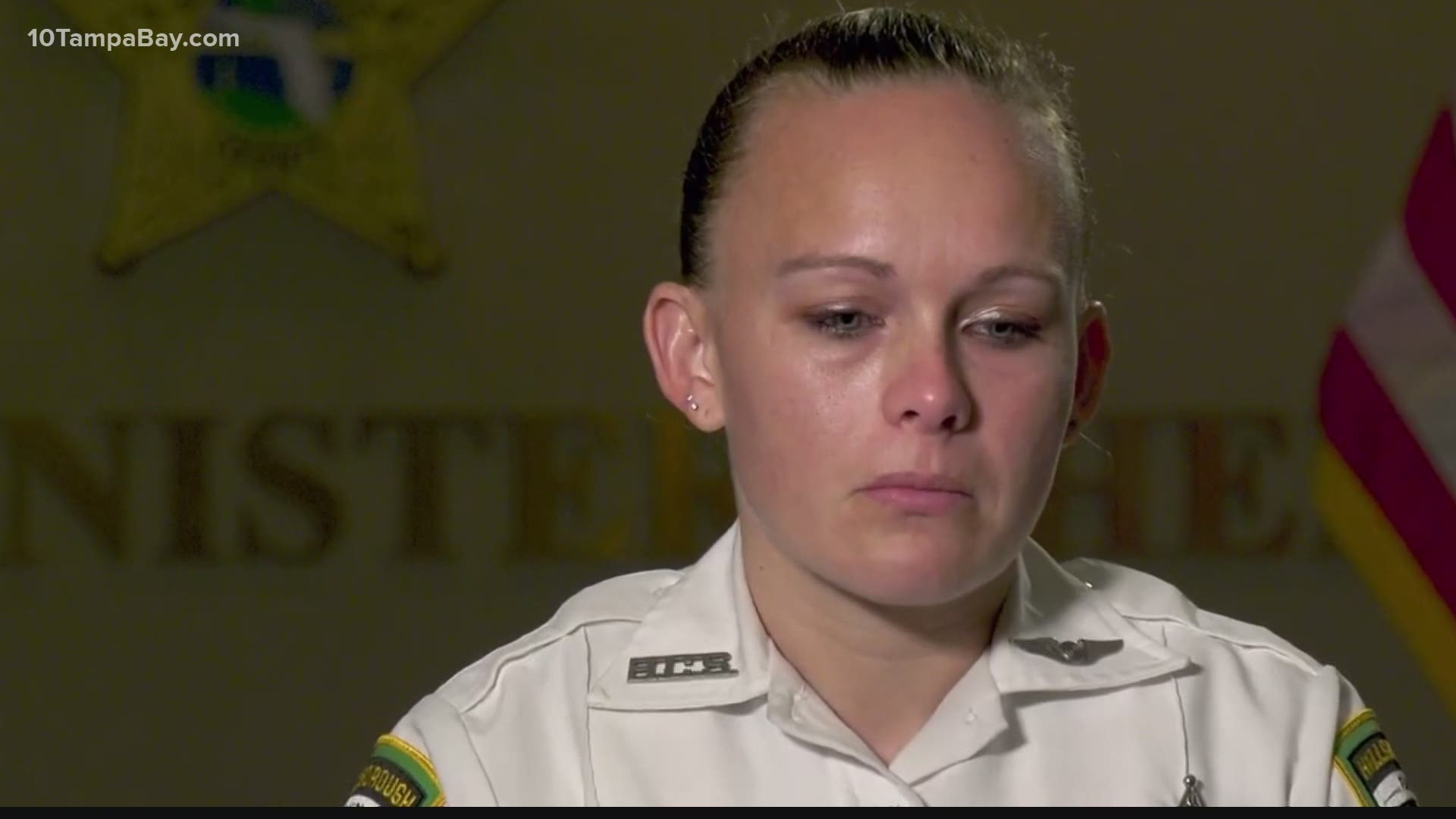 TAMPA, Fla. — Deputy Caitlin LaVigne fought back tears this week as she remembered her father, a fellow member of the Hillsborough County Sheriff's Office, who was one shift away from retirement when he was killed earlier this month in the line of duty.

"I think we all kinda lost a little bit of ourselves," Caitlin said in a recorded interview released by the sheriff's office.

Master Corporal Brian LaVigne was poised to retire after 30 years when a man, who was trying to get away from deputies, intentionally crashed into his cruiser Jan. 11 on Lumsden Road, according to Sheriff Chad Chronister.

The accused killer is charged with first-degree murder.

Florida Gov. Ron DeSantis has ordered flags to be flown at half-staff on Jan. 19 to honor LaVigne. Those flags will be lowered at the Hillsborough County Courthouse, Tampa City Hall and the state Capitol in Tallahassee.

"You can imagine the heartache that the Hillsborough County Sheriff's Office is experiencing right now," Chronister said.

LaVigne, 54, is being remembered as a man of integrity and a role model for younger employees.

Always trying to educate himself, Brian LaVigne was constantly picking up new skills. He taught himself Spanish and was working on French.

He was strong and courageous, while simultaneously being genuine and lighthearted.

His wife was his high school sweetheart. Caitlin and her sister were his pride and joy. He would use his vacation time to coach them at soccer when they were younger.

LaVigne worked midnights for many years, passing up promotions just so he could be home when his girls woke up.

"He was always there for our family," Caitlin remembers, describing him as her best friend.

Another law enforcement officer who describes Brian as a close friend is Sgt. Tim Sullivan, who has served with the sheriff's office for more than two decades.

"Brian was a very charismatic person," Sullivan said in a video released by the agency. "His personality was just magnetic, contagious. You just wanted to be around the guy."

LaVigne was Sullivan's field training deputy in 1999. Their professional relationship blossomed into a strong friendship. LaVigne is the person who introduced Sullivan to his wife.

LaVigne was a recipient of the Medal of Valor and was named Mothers Against Drunk Driving Law Enforcement Officer of the Year.

A public visitation and funeral for LaVigne will take place Jan. 19 at Idlewild Baptist Church, which is located at 18333 Exciting Idlewild Boulevard in Lutz. The visitation begins at 10 a.m., with the funeral following at 11 a.m.

Face masks are required inside the church.

After the service, guests will be directed outside the church for a special ceremony that will follow before the procession.

If you would like to make a donation to the LaVigne family, the sheriff's office is asking it to be made through the Lynn Sowers Memorial Foundation. Click here to learn more about donating.

RELATED: How to donate in memory of Master Corporal Brian LaVigne