‘We should not be asked to be unarmed, unbadged policemen,' local business owner says of Hillsborough’s new mask order

Some business owners are saying the policy unfairly puts them in a position to act as law enforcement, and they fear the outcome could be dangerous. 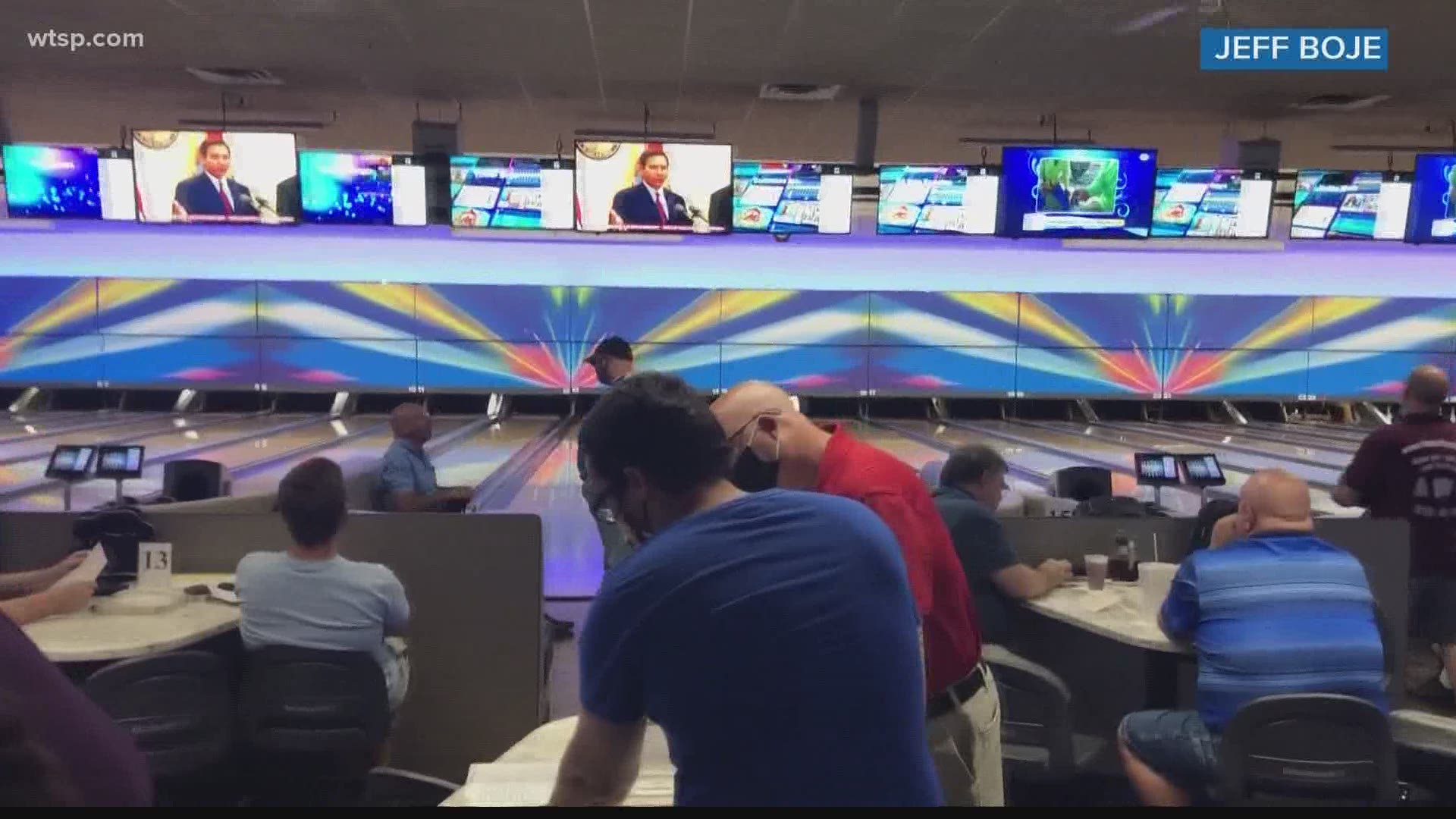 TAMPA, Fla — After Hillsborough County officials passed an order on Monday that forces businesses to require customers to wear masks inside, some owners are saying the policy unfairly puts them in a position to act as law enforcement, and they fear the outcome could be dangerous.

“Don't put these small business owners through this. Don't make them a policeman, and don't hold them accountable for the crimes of people that they do not have total control over. And don't put them in dangerous situations,” said Jeff Boje, owner of Brandon Crossroads Bowl.

Boje and his family have been in the bowling business for decades, and he said he fears for his employees who must enforce the mask order on people who do not want to or refuse to wear the protective gear.

“As a business owner, I have control over my employees. I can force them to wear masks and I will, and I have. Okay, they're not happy, but they do,” he said. “But, don't make me have to take the poor man or woman that's bartending or waitressing [and] make themselves the target of somebody who comes in already hellbent to be frustrated, hellbent with all kinds of built-up tensions. They just want to hit the lanes and throw the ball and take their frustration out on the pins.”

Instead, Boje said he’s worried some customers might take that frustration out on his workers, which he’s definitely seen in his 35 years of business.

“They just want to have fun, and suddenly they're told they have to wear a face mask, which brings up those bad negative feelings they have,” he said. “And they just go ballistic. I’ve seen, not over this yet-- I've seen guns pulled, knives pulled, fights, you name it. I can’t ask that of these people, and I shouldn't face criminal charges…”

Hillsborough County makes it a second-degree misdemeanor charge for business owners who do not enforce the new mask policy. That’s different from the cities of Tampa and St. Petersburg, which both have mandatory mask policies, but do not penalize the business owner for enforcement.

The Hillsborough County Sheriff’s Office said if business owners are having issues with enforcing the new mask order, they should call the non-emergency line. A spokesperson said deputies are not focused on penalizing business owners.

County leaders will revisit the mask policy next week; Boje said he hopes they will reconsider the order and adjust the policies.

“We should not be asked to be unarmed, unbadged policemen,” Boje said.