FHP: 1 passenger dead after car clocked at 111 mph crashes off I-4

Its driver, 24-year-old Jennifer Carvajal, was arrested on several charges, now upgraded to include DUI manslaughter. 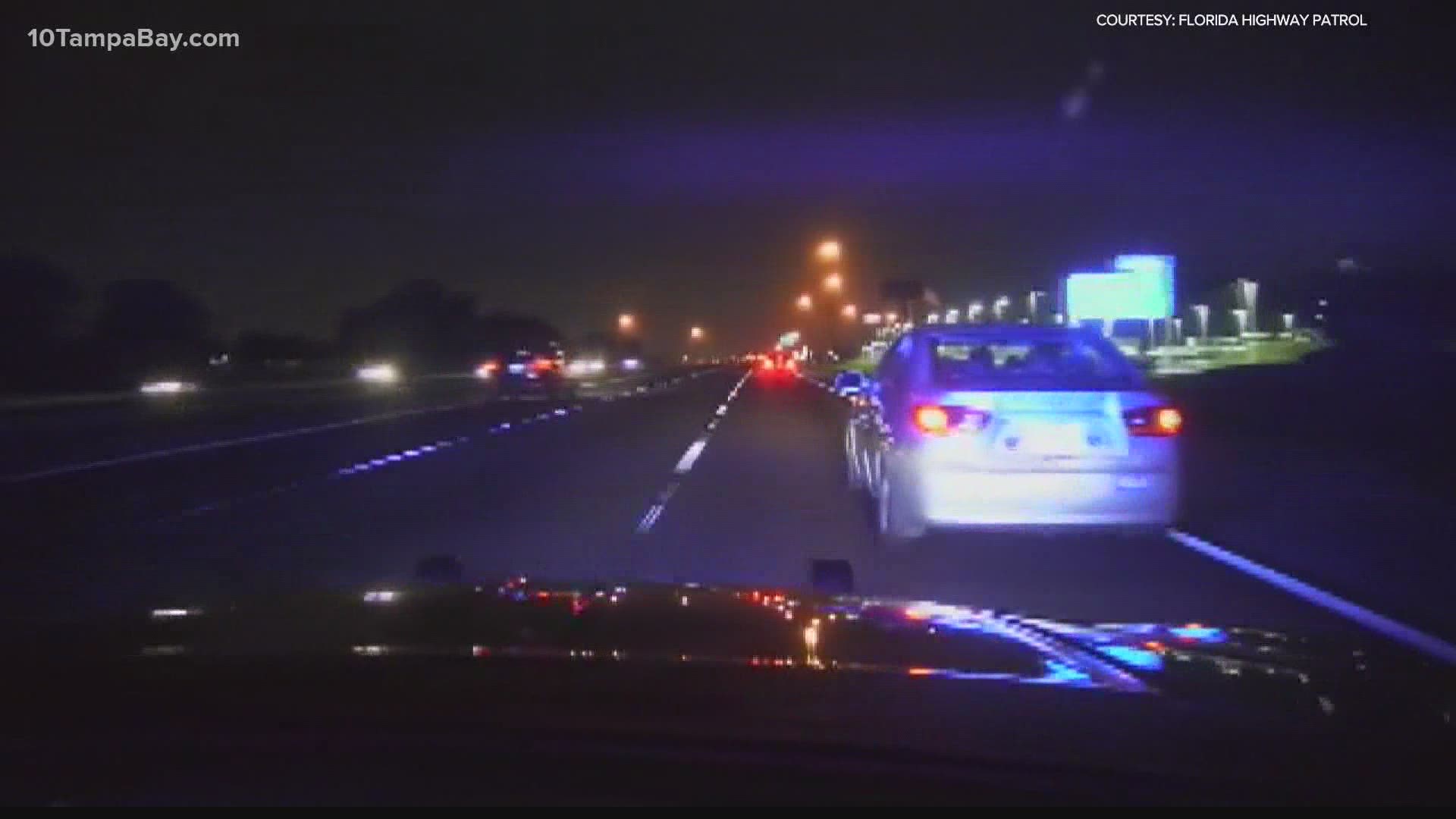 SEFFNER, Fla. — One passenger inside a car spotted going about 111 mph overnight on Interstate 4 before it crashed has died, the Florida Highway Patrol says.

He pulled into the median just after 1:30 a.m. Sunday near Mango Road and, again, clocked the car going at 111 mph, the agency said in a news release.

The sergeant eventually caught up to the car, whose driver was seen on cruiser dashcam video suddenly making a hard turn to the right. That caused the car to enter the shoulder and become airborne for a time. It then crashed through an FDOT fence and into a truck parked at Gator Ford.

The car kept going, hitting a concrete light pole and a palm tree before overturning and coming to a rest, according to FHP.

A 19-year-old man, a 20-year-old girl and a 22-year-old man were thrown from the car, troopers said. Its driver, 24-year-old Jennifer Carvajal of Tampa, reportedly suffered only minor injuries and was the only occupant wearing a seat belt.

The 19 and 20-year-olds had serious injuries. And the 22-year-old, who had been listed in critical condition, has died.

Carvajal was charged with reckless driving, DUI manslaughter, several counts of DUI property damage, no driver's license and violation of probation she was on for DUI manslaughter. The charge of DUI was upgraded to DUI manslaughter after the passenger's death.