Hillsborough County just released its plan for the return of fall sports, and some cheerleaders say they’re being treated unfairly. 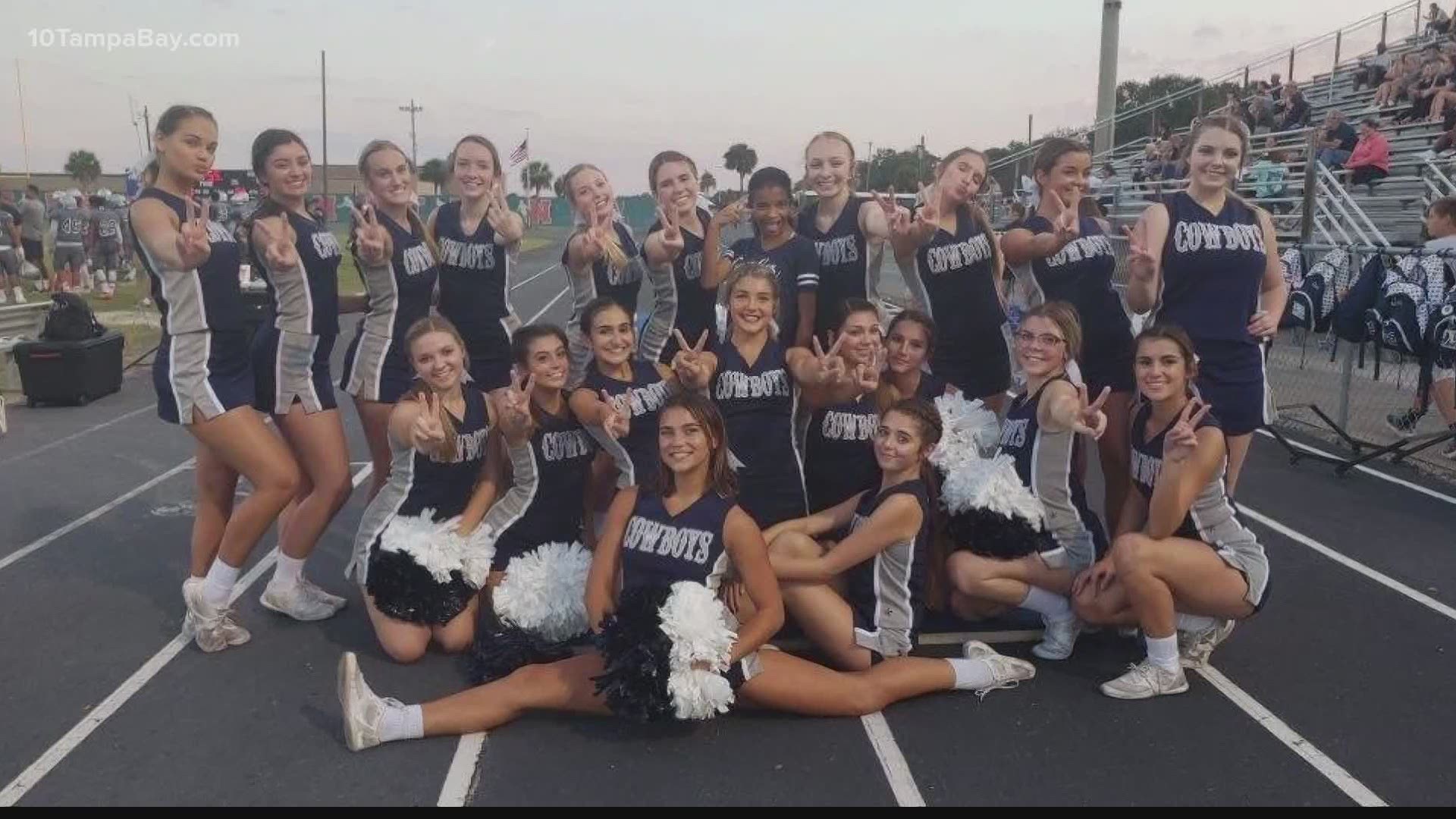 Some local cheerleaders say they're being treated unfairly after Hillsborough County Schools released its plan for the return of fall sports.

The district announced it will only be allowing the cheer squad to participate in home games essentially cutting their part of the football season in half.

“We’re all very upset,” said Gaither High School senior cheerleader Nicolletta Zarcon. “We’re getting only half of what we consider our fall season.”

The school district says the decision was made to limit the number of parents and allow for social distancing in the stands. It notes other counties have done away with allowing cheerleaders on the sidelines at all.

But, Nicolletta and many of her teammates say the decision doesn’t seem fair.

Attorney Andrew Miltenberg is one of the nation’s top Title IX experts and an advocate for sports equity.

“Essentially what you have is a male sport and this case being treated differently than a female sport,” Miltenberg said.

He says cheerleaders and their parents have a valid complaint against the school district.

“With the understanding that COVID is a crisis across the country, that doesn’t give the school free rein to treat men differently from women," he said.

But, the school district says the state doesn’t consider cheerleading a fall sport and says the season begins in winter.

"Hillsborough County Public Schools has created a robust plan that allows student-athletes to compete in the safest manner possible while mitigating the impacts of COVID-19. Each student-athlete participating in his or her respective Fall sport will be provided four tickets that can be purchased for family members or friends at home and away games. With the need to social distance there is significantly less capacity at our stadiums limiting the number of spectators that can attend.  We are excited to be able to have both our cheerleaders and band at home games, where spectators have additional seating and can safely socially distance.  Cheerleaders and band members will also receive four spectator tickets to each home game. We know how important cheerleaders and band members are for the spirit and culture at each home game. Our district looks forward to the Winter when cheerleaders will be taking part in their athletics season, at home and traveling to competitive events."

Parents insist they consider sideline cheering a sport and part of the fall season, and that their daughters should be treated equally.

“This is about standing up for something that we believe in. In today’s world that is the role model that I want to play for my daughters and my children,” said parent Marisa Langford.

“This isn’t going away,” said Nicolletta’s mother Becca Zarcone. “We’re going to go ahead and petition Tallahassee and the FHSAAA.”