Carnival Cruise Line plans to start sailing again toward the end of the month, and it wants its customers vaccinated. Fellow customers agree, a travel expert said. 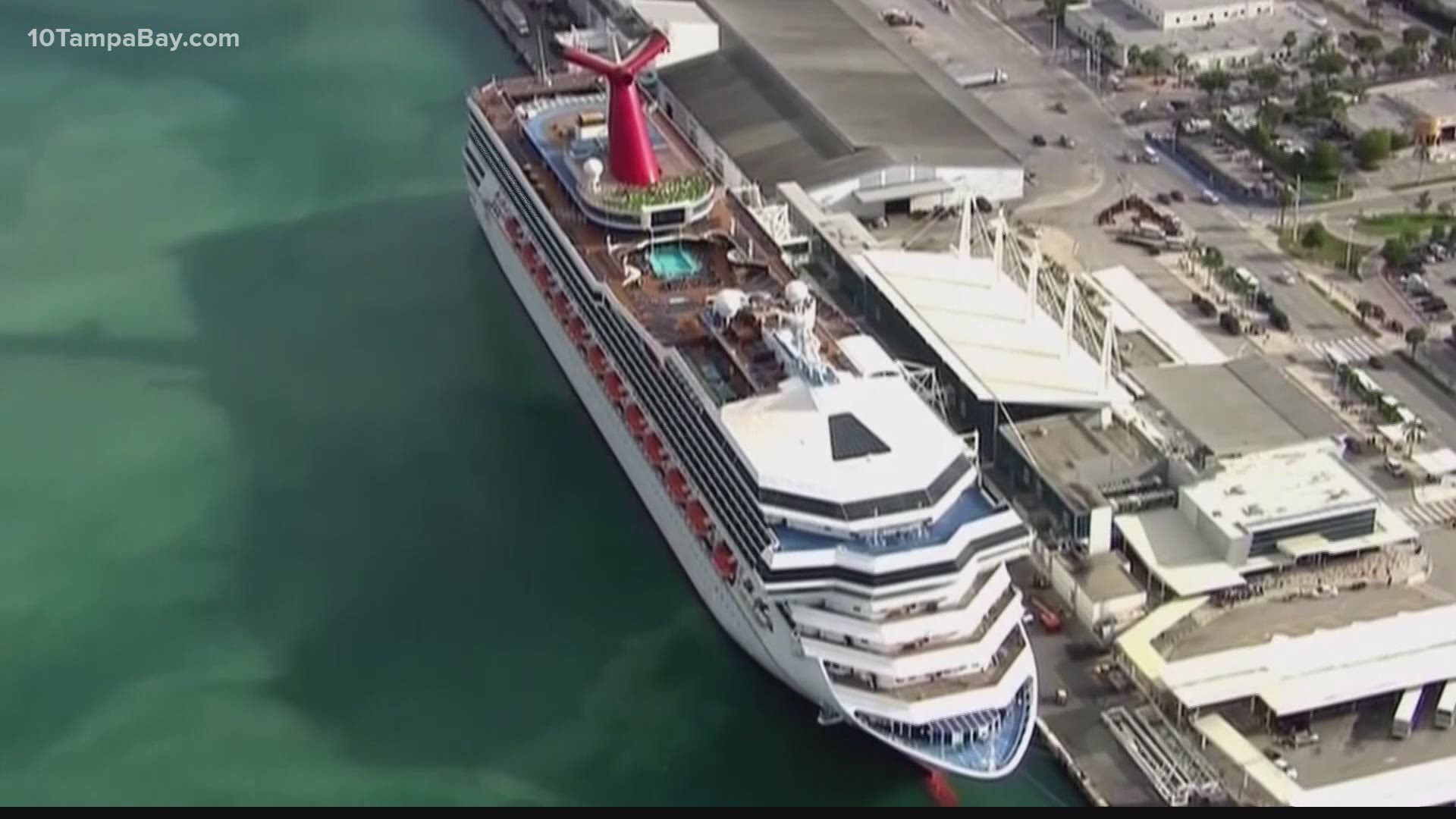 TAMPA, Fla. — The world’s biggest cruise line may have just thumbed its nose at the state of Florida.

Carnival Cruise Line says it will start sailing again at the end of next month; and when it does, it will require vaccinations even though doing that could violate the state’s new law banning companies from requiring customers to show proof of vaccinations.

The company announced its decision would impact ships sailing again starting July 31, with a handful of cruises requiring proof of vaccination.

“The overwhelming majority, over 90 percent of our customers are saying they want to be on the ship with people that are vaccinated,” said Don O’Neal, the president of the Travelworld travel agency. “And I think Carnival has figured out that that is a much larger pool of customers than the few that don’t want to be vaccinated.”

Carnival’s decision would, for now, put it at odds with Gov. Ron DeSantis’ order and a recently passed Florida law prohibiting proof of vaccine requirements.

A federal judge is hearing the case between Florida and the Centers for Disease Control and Prevention that challenges the vaccine mandate. Last week, the state of Florida asked the court to order a preliminary injunction against the CDC. The state wants the agency’s COVID rules lifted, claiming the rules put too much of a costly burden on cruise ships and are costing the state millions of dollars in lost revenue.

DeSantis has already threatened cruise operators with fines of up to $5,000 per passenger.

“You don’t pass laws and then not enforce it against giant corporations,” DeSantis said.

“You know, it’s like a giant game of poker,” O’Neal said. “They’re waiting to see who folds first.”

Carnival’s announcement got swift reaction on social media. Some praised the decision as “excellent news.” Others bashed the cruise line, refusing to be vaccinated and vowing to “cancel” their vacation.

“If they’re not healthy enough to go on a cruise, if they’re afraid of getting COVID then they probably shouldn’t go on a cruise,” said Linda Liuzzo, a past cruise customer who opposes the requirement.

“I would favor it,” said Cindy Frye, who is considering booking another cruise soon. “It just makes me feel more secure about getting on a boat.”

Norwegian Cruise Line recently said that it, too, would require proof of vaccination, even threatening to sail from ports outside of Florida.

Royal Caribbean said it was backing off its vaccine requirement but could create a two-tier pricing system with those who don’t voluntarily show proof of vaccination getting charged more.

“Every extra cost associated with riding on that ship from testing before you get on, testing when you get off, testing four days later, that’s all part of the CDC order, that should all be your cost,” said John Murray, the CEO of the Canaveral Port Authority.

Travel experts say things are changing on an almost daily basis, from vaccine policies to itineraries and even moving ships around. The cruise lines, experts add, are watching each other to see who blinks first and how these policy decisions impact their business and their bookings.