Tampa Fire Rescue says two people were able to jump off the boat and into the water to escape the fire. 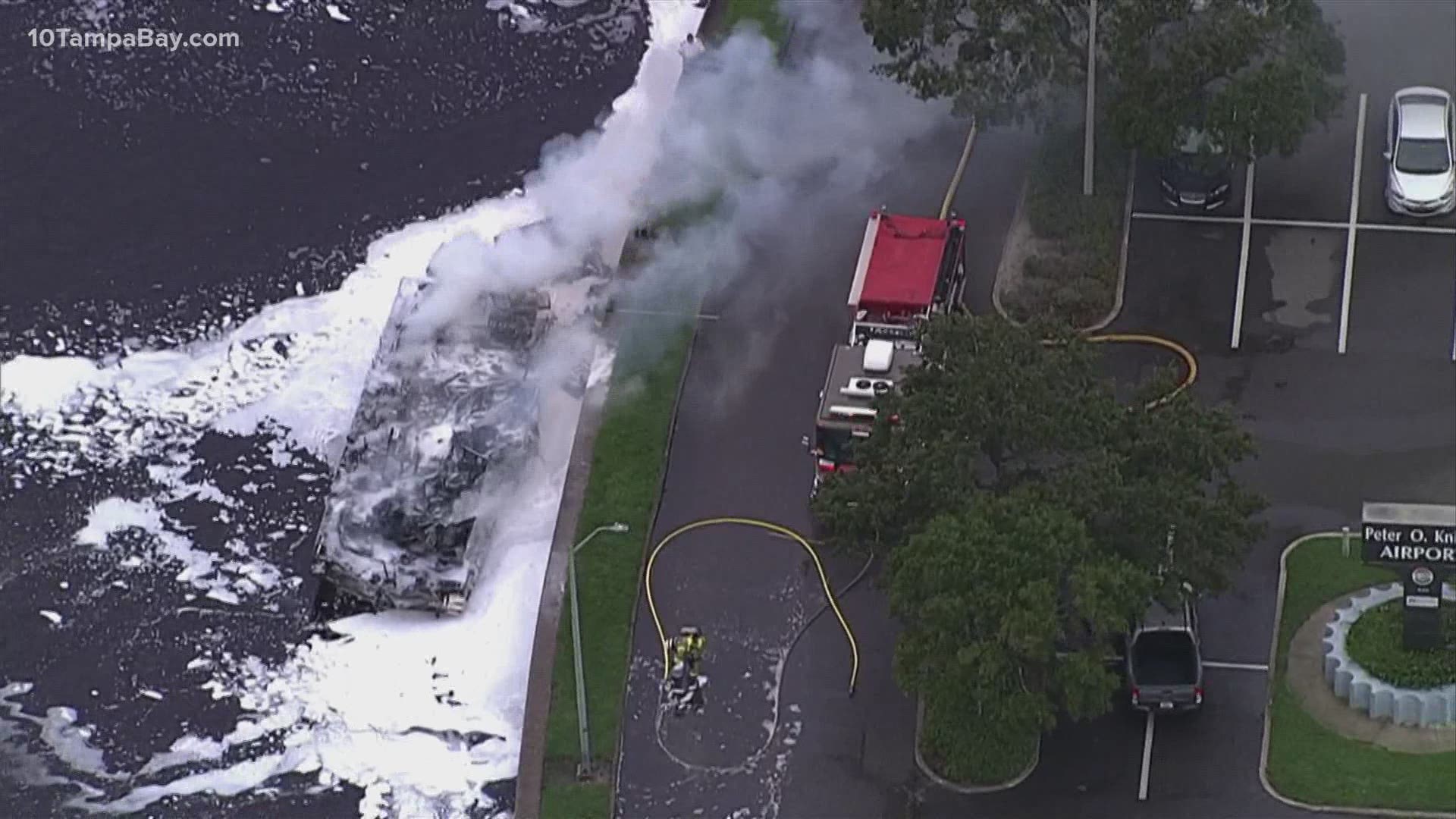 TAMPA, Fla. — Two people were rescued after the boat they were riding on caught fire on Monday afternoon.

Tampa Fire Rescue said one of the rescued was rushed to Tampa General Hospital as a trauma patient. Nobody else was hurt.

The boat caught fire off Davis Islands in the Seaplane Basin, south of Peter O. Knight airport, according to Tampa Fire Rescue. The people on board the boat were able to escape by jumping off into the water, it added.

"The boat appeared to have been moored in the basin but broke away from its mooring as a result of the fire," the press release reads.

Tampa Fire Rescue said crews got the fire under control by 6 p.m. and that an investigation is now underway by the fire marshal's office to determine how the fire started.

Smoke from the fire was seen across parts of downtown Tampa.