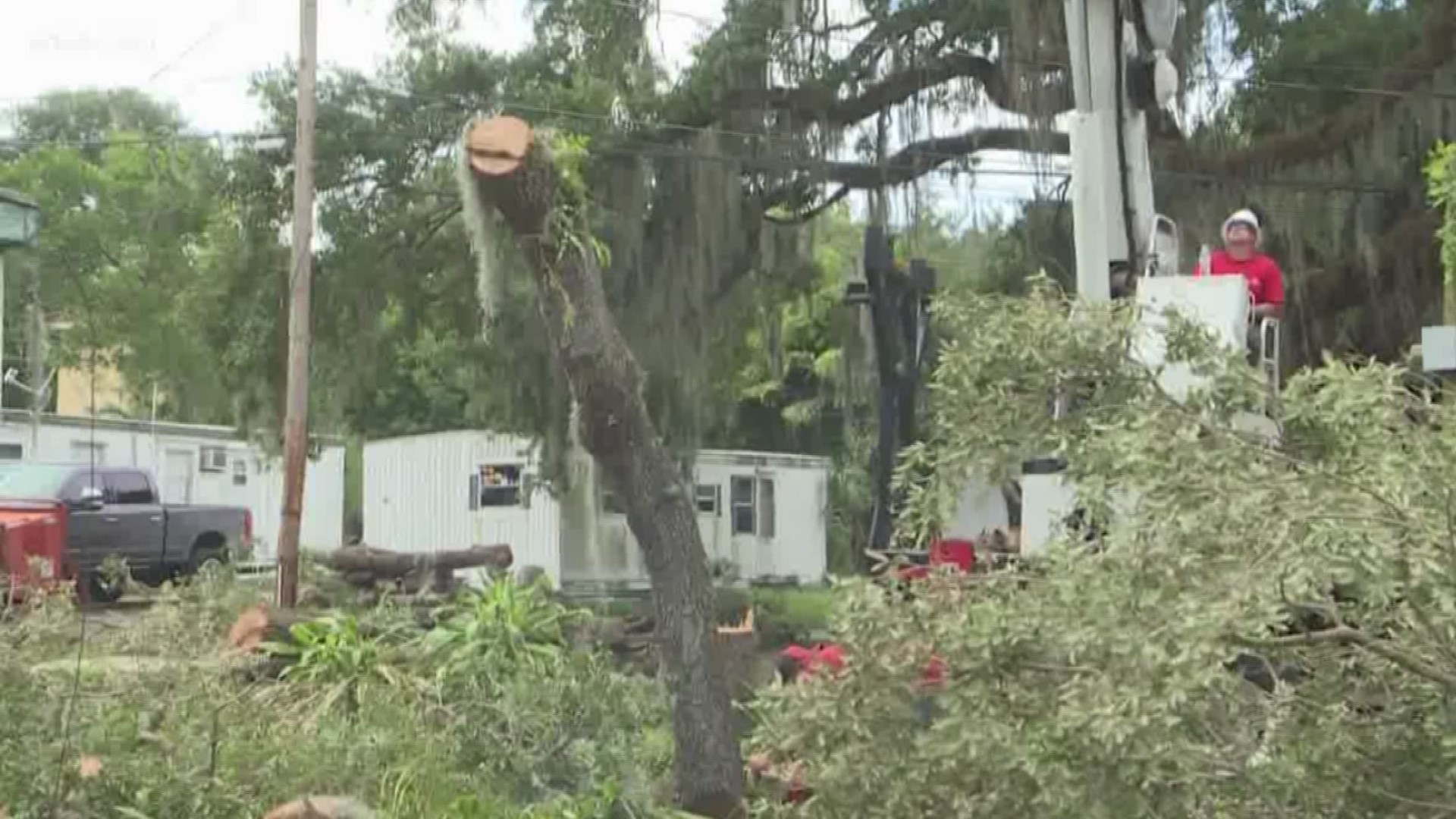 TAMPA, Fla — Property owners can now remove, replant, prune or trim a tree without approval or permit from their local municipality as long as a licensed arborist determines the tree poses a danger.

But in some cases, there’s disagreement over just how to define “dangerous” and arborists say that’s putting them in a tough spot.

“I’ve had a lot of conflicting feedback,” says longtime certified arborist Jonathan Lee. “There’s no standard in the law.”

Under the new state law that went into effect in July, local governments cannot require a permit to remove or trim a tree if the property owner obtains documentation from an arborist or licensed landscape architect “that the tree presents a danger to persons or property.”

However, Lee says Tampa is applying its own interpretations to the law.

Lee provided 10News with a general public notice issued by the Tampa city attorney’s office suggesting an arborist must adhere to the city’s definition of a “dangerous tree.” The city defines a “dangerous tree” as one “that rates ‘severe’ for failure potential with a ‘constant-use’ for target rating on the city’s tree condition and risk evaluation form.”

Rep. Anthony Sabatini, a Republican from Lake County who co-sponsored the bill, called the city’s interpretation “absurd” and “illegal” and issued the letter below “to help express the intent of the bill—and the consequences for those who disregard the law.”

State Representative Anthony Sabatini
Liberal local governments have taken it into their own hands to purposely misconstrue HB 1159 Private Property Rights and bully their own citizens. The new law effectively lets property owners...

In response to questions from 10News, Tampa city attorney Gina Grimes said they were in the process of issuing a new public notice now that the city has a better understanding of the law.

Grimes said the new memo will clarify that the city’s definition of a "dangerous tree" should only apply to property owners seeking to trim or chop down a tree without first obtaining documentation from an arborist or licensed landscape architect.

But Grimes noted that the city could still wind up citing property owners for removing a tree without a permit under the new state law if they don't first submit documentation from an arborist or landscape architect.

“Practically speaking, we’re going to try to work with the industry to convince them it’s only in their best interests to give us a copy of this documentation so that we can avoid any type of citation if it was properly removed under state law,” Grimes said by phone.

Either way, Chelsea Johnson, founder of the tree advocacy group "Tree Something, Say Something," says this law uproots necessary regulations that should be left up to local governments.

“This is an example of the abuse of the new legislation and why it’s important to have greater protections for our trees," Johnson said Monday evening while out at the site where several dozen trees were being cut down at a property near the corner of Gandy Boulevard and MacDill Avenue in South Tampa.

“I’m not going to let it go," she said. "We can’t glue these trees back together, what’s done is done but tomorrow is another chance.”

RELATED: You cleaned up all your storm debris. Now what?

Editor's note: An earlier version of this story identified Rep. Sabatini as a co-author of the bill. It has been edited to correctly reflect he was a co-sponsor.