"We will never know if this young life could have been saved," Sheriff Chad Chronister said. 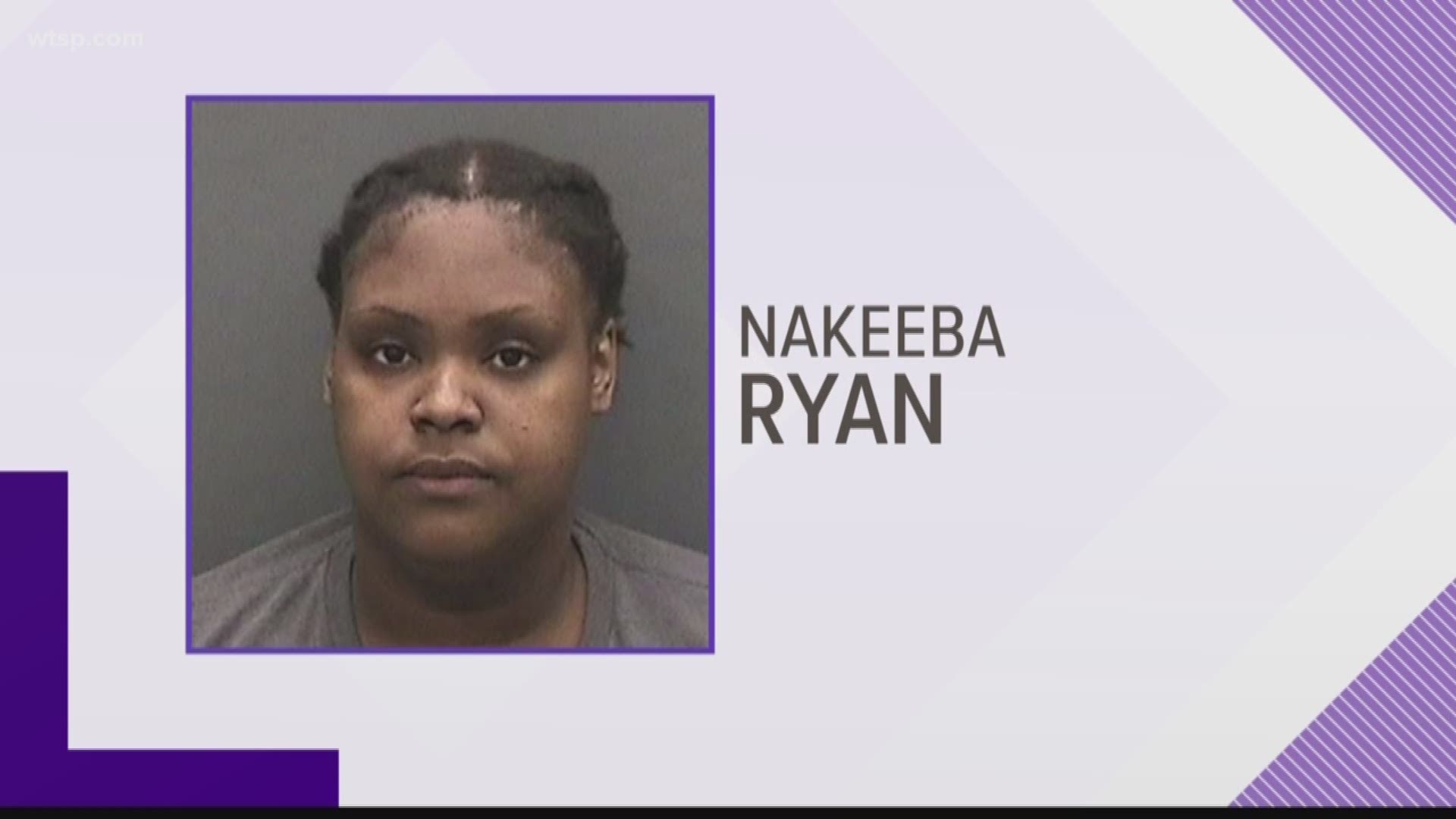 TAMPA, Fla. — Update: The 14-year-old who was hit by an SUV while Crossing 15th Street North in Tampa has died, according to the Hillsborough County Sheriff's Office.

Sheriff Chad Chronister said Monday charges against the DCF worker accused of hitting the teen and leaving the scene have been upgraded.

Nakeeba Ryan is now charged with leaving the scene of a crash with death – a first-degree felony.

The 24-year-old had been charged with leaving the scene of a crash with serious bodily injury – a second-degree felony.

"Fleeing from a crash is not only cruel, but it is also a guaranteed way to face charges, even if you were not at fault. Under no circumstances should a driver leave the scene of an accident," Sheriff Chronister said.

The Hillsborough County Sheriff's Office says they located the driver of an SUV that struck and critically injured a teenage girl Thursday night.

Detectives on Friday interviewed 24-year-old Nakeeba Ryan. Based on that morning interview, she was arrested and charged with leaving the scene of a crash with serious bodily injury.

The sheriff's office said Ryan is employed by the Department of Children and Family Services.

The Hillsborough County Sheriff's Office says around 7:15 p.m. Thursday, the girl was walking home with friends on 15th Street in Tampa when she was hit by a dark-colored SUV while crossing the road.

Ryan got out of the SUV after the crash, checked around the SUV and got back in and took off, according to investigators.

Investigators said the driver of a truck was behind Ryan's SUV when the crash happened. The truck driver stopped and rendered aid to the teen, deputies said.

The name of the teen hit has not been released.

Ryan was released from jail early Saturday on a $7,500 bond.

The Department of Children and Family Services released the following statement:

"Our hearts go out to the child victim, as well as her friends and family who are suffering because of this tragic incident. The alleged driver, Nakeeba Ryan, has been with the Department of Children and Families since February 8, 2019. She was an employee in the Customer Call Center in Tampa, handling inquiries pertaining to our economic self-sufficiency program.

"To be clear, Ms. Ryan’s alleged behavior is not reflective of the high standards we expect and demand from DCF employees. We take all instances of employee malfeasance seriously, especially those that harm the vulnerable populations we serve every day, and therefore, Ms. Ryan’s employment was immediately terminated."

Anyone with information is asked to call the Hillsborough County Sheriff's Office at 813-247-8200.