According to the police department, the medical examiner rules the case a homicide. 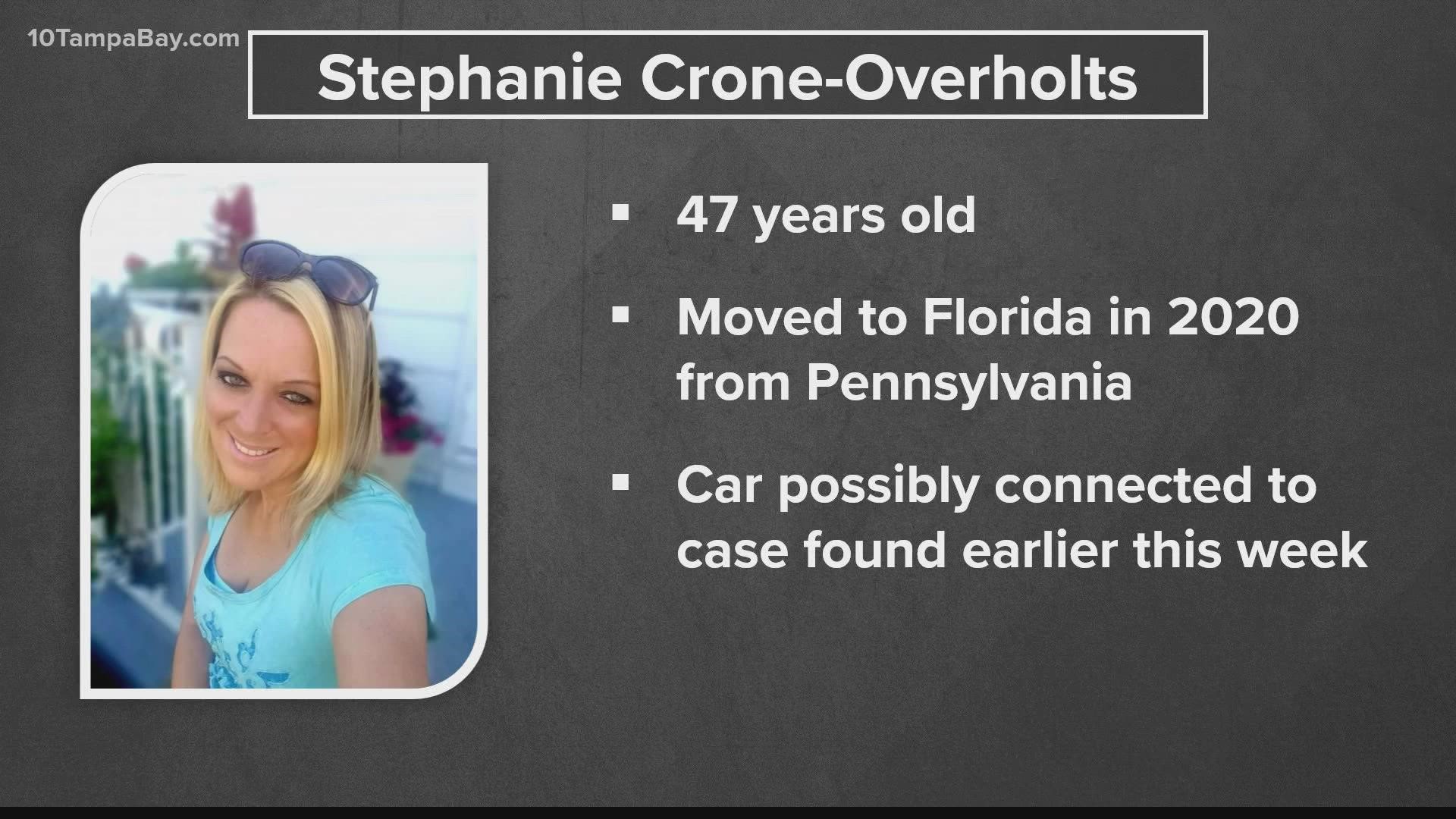 TAMPA, Fla. — Tampa police have identified the body parts that were found in McKay Bay as 47-year-old Stephanie Crone-Overholts, according to a news release.

At this time, the medical examiner rules the case a homicide, police say. Overholts moved to Florida in 2020 from Pennsylvania, Tampa police report.

The previous story is down below.

Tampa police detectives have located a car they were searching for that could have connections to the body parts found in McKay Bay.

It was announced Tuesday that police found the 2008 silver Hyundai Elantra with Pennsylvania tag HDE6564.

At this time, authorities have not identified the body parts that were found in McKay Bay, but investigators believe the car could have connections to the case that is under investigation.

Last week, police began investigating the discovery of human body parts found in McKay Bay. The only clue to help solve the mystery was on the leg found Thursday.

According to police, the tattoo of three hearts with ribbons and the names "Sean," "Greg" and "Zach" was located just beneath a lower right calf.

As police continue investigating, Interim Tampa Police Chief Ruben Delgado said they are also searching through missing person reports in the possibility that the body belongs to someone who was reported missing.