The driver of a tractor-trailer and another person in a Mercedes were killed. 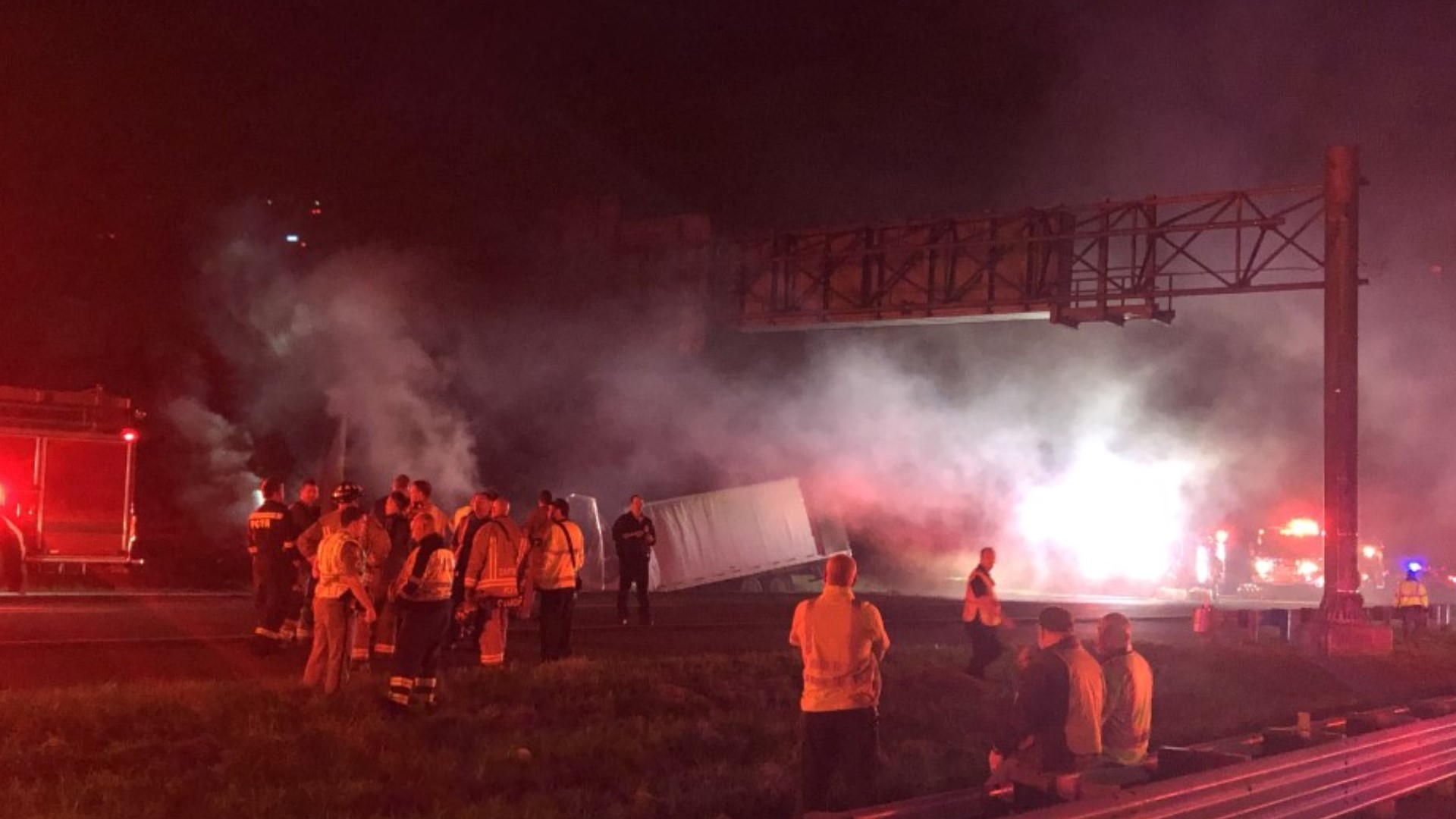 TAMPA, Fla. — Two people are confirmed dead in a fiery crash on Interstate 75 in New Tampa.

Florida Highway Patrol said the driver of a Mazda came to a stop in the outside, northbound lanes for traffic ahead.

Six vehicles began to slow down behind that vehicle. That is when the driver of a tractor-trailer failed to slow down and entered the center lane to avoid a collision, investigators said.

The driver of the first tractor-trailer hit a pillar for an overhead roadway sign and landed on top of the Mercedes.

The tractor-trailer and the Mercedes caught fire, killing both of the drivers. Their names have not been released.

The second tractor-trailer also collided with the rear of a Mazda.

All lanes on I-75 have reopened.

RELATED: Deadly, almost daily crashes make I-75 one of the most dangerous in Florida