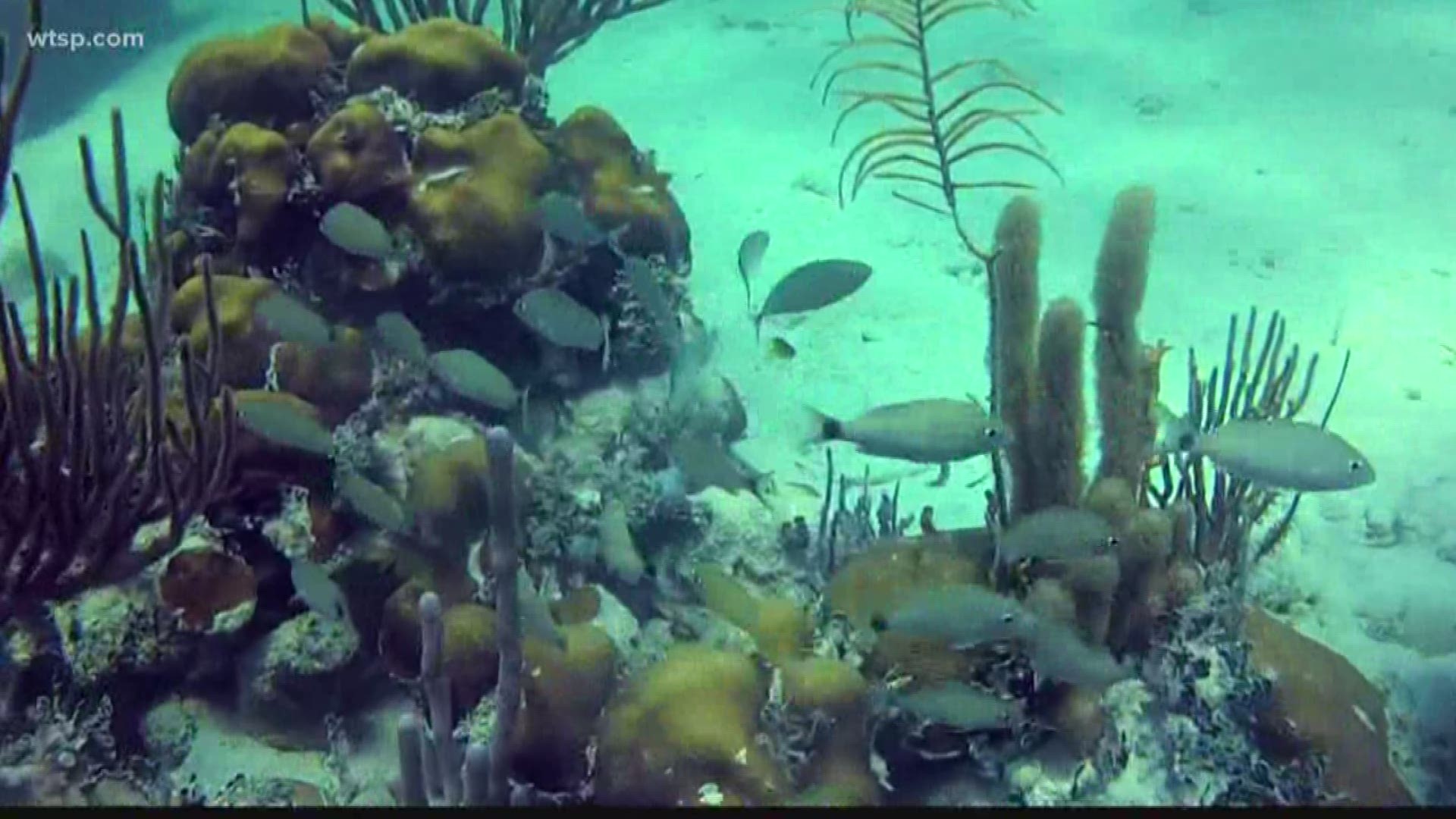 TAMPA, Fla. — The Florida Aquarium marks 25 years this year, and it's celebrating with 14 months of expansion, new exhibits and community events.

During a Thursday news conference, aquarium CEO Roger Germann showed off a series of initiatives coming to the site in the next year or so. Those projects include growing the animal collection, implementing new guest experiences, expanding conservation efforts and creating more learning opportunities.

Germann said the aquarium is investing $5.6 million this year in improvements, part of a $14 million capital campaign.

"The last 25 years have given us plenty of reasons to celebrate," Germann said. "Today we ask, 'what's next?' The investment we are making in our aquarium is an investment in Tampa Bay as a cultural attraction, an economic driver, a conservation leader, a pillar of the community, and a fun place to visit."

The 25th anniversary projects include:

CIBC Aquatic Lounge: The new lounge next to the aquarium's event space will also be available as a reception area for corporate and private events. The gallery will have exhibits showing off new animals and is part of a partnership with CIBC Bank USA. The lounge opens Feb. 27.

Washed Ashore - Art to Save the Sea: The traveling art exhibition has curated these pieces specifically for the Florida Aquarium. All pieces are made out of plastic debris gathered from the ocean. The sculptures include a giant shark, jellyfish, coral and a seahorse -- all made out of discarded plastic. The exhibit opens in the spring.

Wetland Trail Exhibit with enhancements: One of the biggest exhibits in the aquarium is getting some upgrades. Once done, the exhibit will have modernized theming, a new entry and more interactive elements.

Bays & Beaches gallery improvements: One of the original galleries will get new habitats, graphics and an interactive exhibit. It also gets a new name: Shorelines. The improved gallery will open in the fall with more ways to learn about shore animals from around the world.

TECO Rooftop Pavilion and Solar Exhibit: More than 1,000 panels will cover two of the aquarium's largest habitats and provide an upgrade to the original canopies.

Coral Complex Additions: The aquarium is also expanding its coral conservation facilities with help from the State of Florida and FWC. The campus in Apollo Beach will get five new greenhouses, and the completion of Coral Ark #3 in November will increase the aquarium's capacity to hold and breed coral.

Community Butterfly Garden: The temporary community garden is set to open in March 2021 in front of the aquarium so the public can enjoy. "It's our way of saying thank you to an amazing community who has done so much for us throughout the years," the aquarium said in a release.