No bond for driver accused of hitting, killing jogger on Bayshore Boulevard

Benjamin Douglas Ehas had a blood-alcohol content level of about three times the legal limit, according to the arrest report. 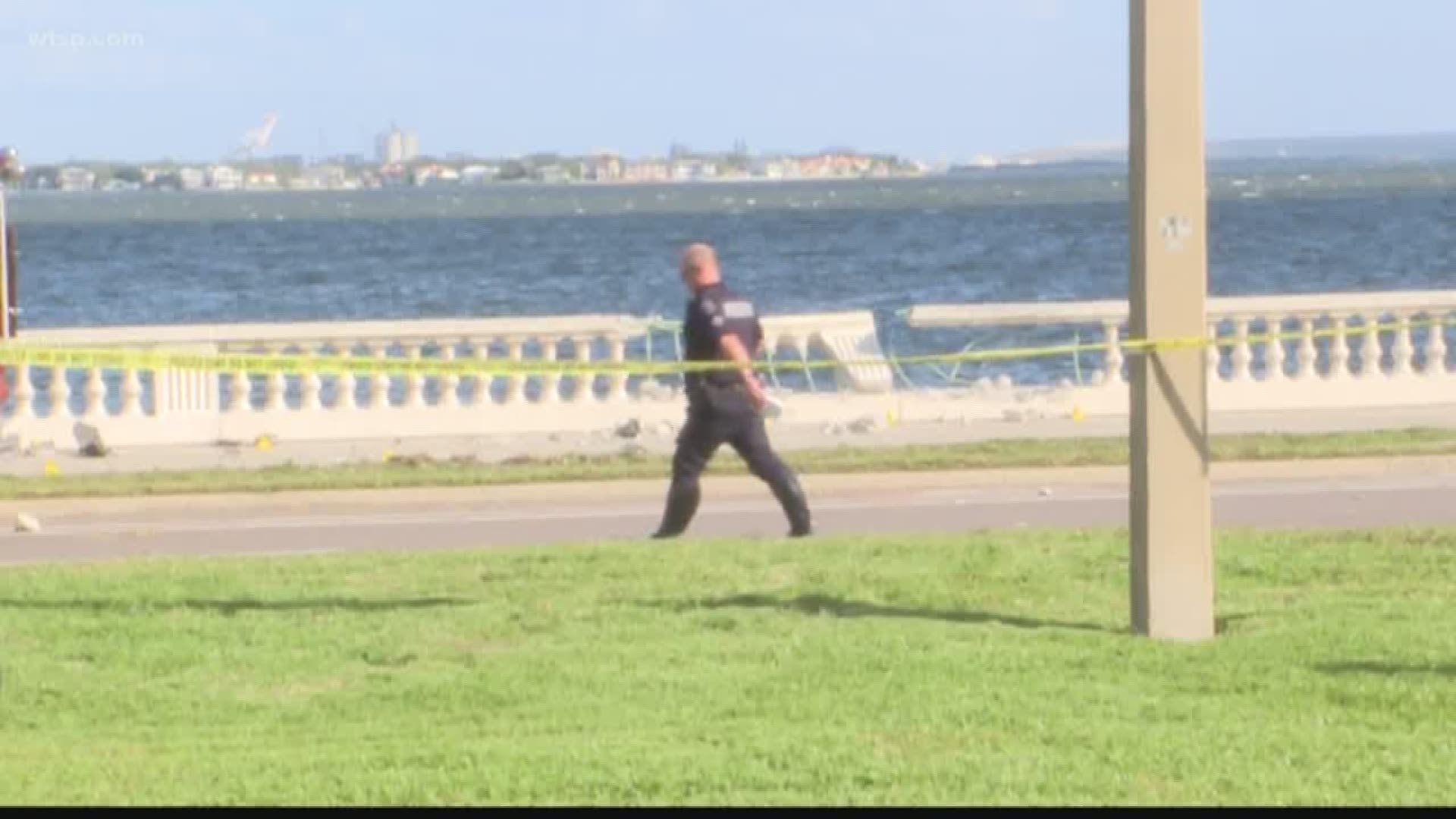 TAMPA, Fla. — The driver accused of hitting a jogger Thursday on Bayshore Boulevard will be held without bond on charges of vehicular homicide and DUI manslaughter.

He made his first court appearance Saturday morning and is scheduled again to attend court Wednesday, Jan. 15.

According to an arrest affidavit, Ehas was driving an estimated 60-70 mph in a 35-mph zone while "weaving in and out of traffic." Authorities say he lost control and hit the jogger on the sidewalk, sending the man into the water.

Investigators say a doctor who examined Ehas told law enforcement officers he smelled alcohol, leading to blood being drawn at the hospital. The affidavit said Ehas had a blood-alcohol content level of .234 -- almost three times the legal limit of .08.

Police say Ehas admitted to buying and drinking a double shot of Fireball Whisky around 11 a.m. He also "admitted to smoking marijuana" earlier in the morning, the affidavit said.

Some of the chemicals the truck was carrying spilled into Tampa Bay, and Tampa Fire Rescue's Hazardous Materials Team responded. Environmental officials were also dispatched to the scene.

"Pinch A Penny is shocked and saddened by the tragic incident that occurred this morning involving an employee of a franchised location in Tampa. An investigation is currently underway and the local franchisee is fully cooperating with authorities. We send our deepest sympathies to the family and friends of those involved."

Tampa police are asking anyone who might have witnessed the crash or have any video of Ehas leading up to the crash to contact them.