Her car was sinking and she couldn’t find her phone. But then she remembered what was on her wrist.

Amanda Antonio says she used her Apple Watch to find her phone so she could call 911 for help. She had flipped her vehicle into a muddy ditch while swerving to avoid a car that had cut her off. 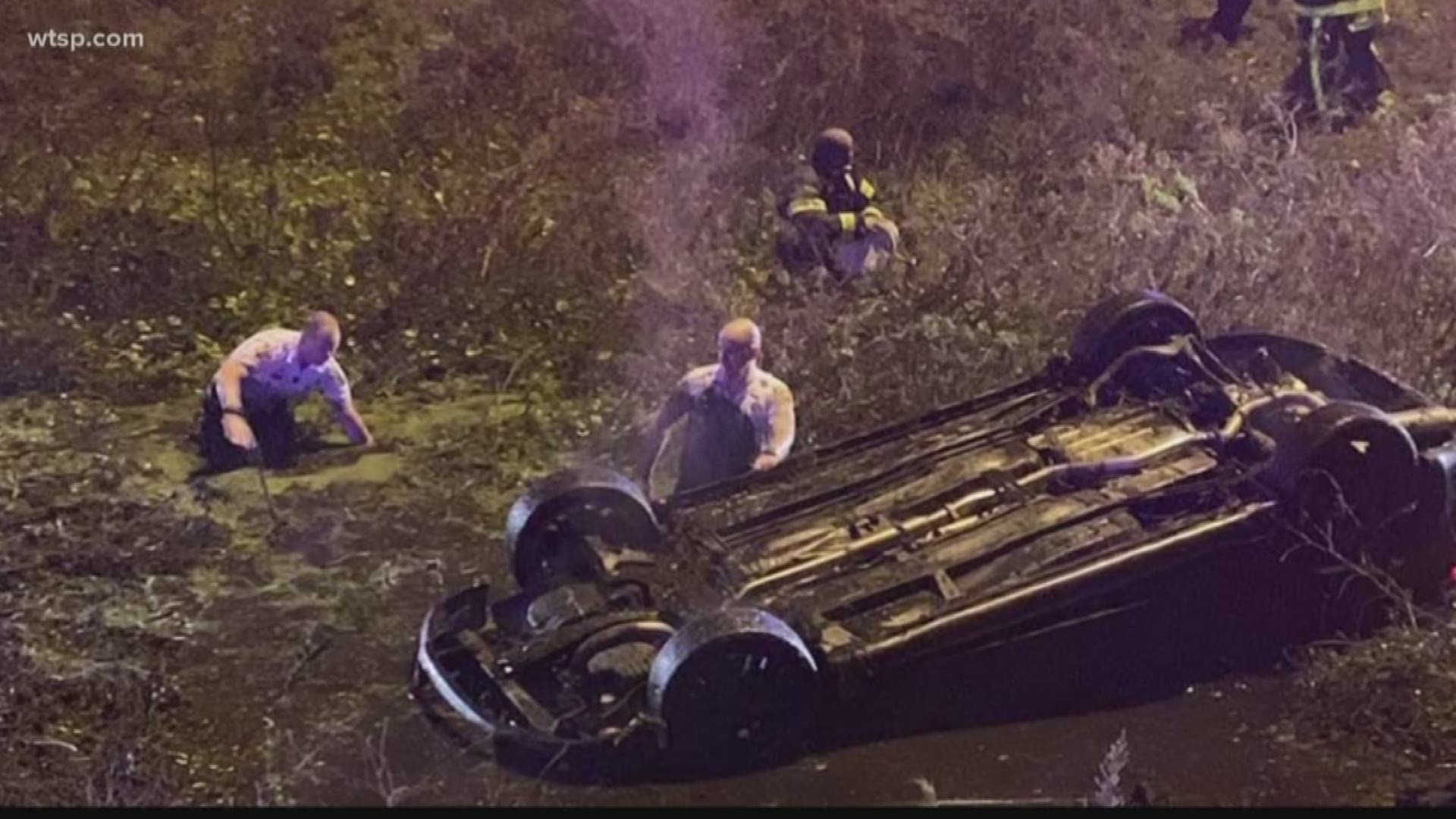 TAMPA, Fla. – With the help of rescuers and some quick thinking on her part, Amanda Antonio made it out of a crash alive after her vehicle wound up upside down in a muddy ditch off Interstate 4 early New Year’s Day.

The 20-year-old Seffner woman was driving home from a New Year’s Eve celebration around 4 a.m. Tuesday when she says she swerved to avoid another driver who had cut her off.

Her vehicle flipped several times before coming to a rest in muddy waters off I-4 near the US-301 exit.

RELATED: 'Mom, I was about to die': Victim's family describes woman's narrow escape after New Year's crash on I-4

“All I remember is losing control, and then just flipping and I just kept flipping until I finally stopped,” Antonio said.

Trapped in the dark of night, Antonio says her car quickly started to fill up with muddy water.

“I thought I wasn’t going to make it out because I couldn’t open the door,” she said. “The water was coming in where my head was.”

Antonio unbuckled to get right side up as she began to search for her phone.

Though she couldn’t find it, she remained calm. That’s when she remembered what she was wearing on her wrist.

Using the map app on her phone, Antonio says that’s how she figured out where she was, which she relayed to the dispatcher to help lead Hillsborough sheriff’s deputies to her.

“She (the dispatcher) just kept saying stay calm, they’re coming,” Antonio said. “I was telling her ‘I’m scared, are they going to find me?’ and she said, ‘We’re looking for you.’”

With just seconds to spare, as Antonio said the muddy water reached her chin, deputies spotted her car, pried open the passenger door and pulled her to safety.

"After fighting the mud she was encased in, they finally were able to rescue her, and she is in good condition," the sheriff's office said in a statement. "Today it took an entire team to save a life, and we could not be more proud of the effort of our men and women."

During the ambulance ride, Antonio told her rescuers that she had worried as much about snakes and alligators as she had about drowning.

They examined Antonio at the hospital, and incredibly she had suffered only minor injuries.

Antonio says she is grateful to the first responders who saved her.

“Thank you,” she said. “I wouldn’t be here right now without them.”

Antonio’s parents say they hope officials find whoever was responsible for running her daughter off the road.

Related: What to do if your car sinks

Previous: Laminated car glass: How they're a boon for safety but a concern for rescuers