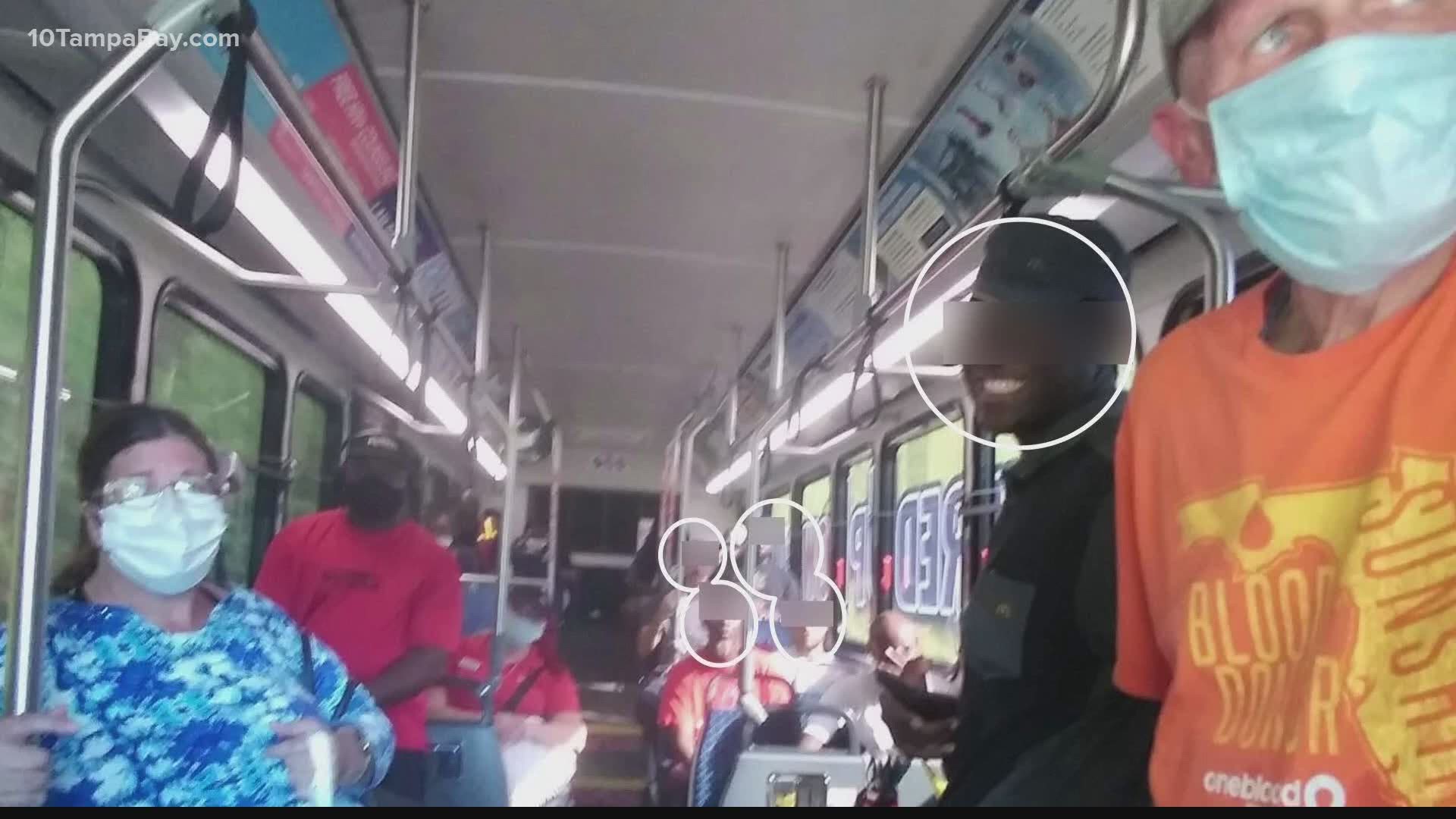 10 Investigates found out drivers are being told not to enforce it.

This is bigger than just bus drivers and riders. Even if you don’t ride the bus, the people who do shop with us at grocery stores. We’re in line together at the pharmacy.

A HART driver, who asked us not to identify her out of fear for her job, says she took pictures on her bus last week showing riders not wearing masks. HART made mask-wearing mandatory on June 19, citing Tampa’s mask order.

Signs and recorded announcements onboard remind riders of the mask requirement.

HART tells 10 Investigates it’s offering free masks at two transit centers, and drivers can call supervisors to meet them along their route to supply a customer with a mask.

But the driver who sent those photos says she wants free masks available on buses.

“Give us some masks. We’ll give them out to people who come on the bus and say, ‘We don’t have one.’ OK, I give you one. But you have to wear it,” said the driver.

Earlier this year, 10 Investigates exposed a spike in attacks on HART drivers in 2019, including two knife attacks.

Now COVID-19 has become a new safety concern for drivers.

So far, 10 HART employees have tested positive for the virus. Four of them are drivers, according to a HART spokesperson.

On Tuesday, HART started mandatory COVID-19 testing for its employees.

Rivera said he has a message for riders who don’t want to wear a mask.

“We’re essential employees. We’re trying to get you from point A to point B as safe as possible, but we need your help. We need your help so that we can be healthy enough to take you where you have to go,” said Rivera.