Businesses that aren't deemed essential will have to close their doors under the county's safer-at-home order. 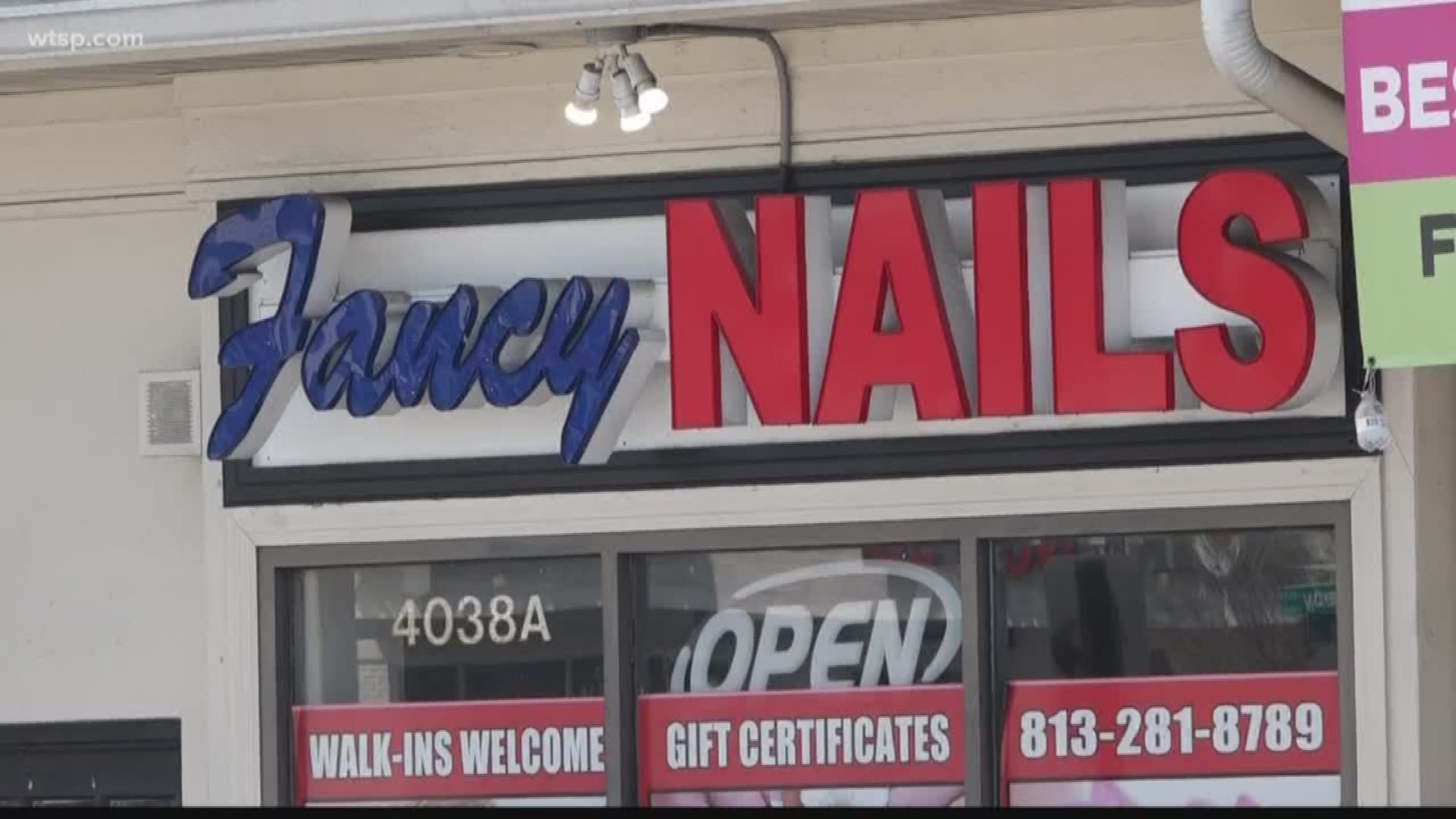 And, for hundreds of businesses and thousands of workers that will be it, they'll be forced to close their doors until they eventually get the "all-clear."

Some folks tried to get in a final haircut or mani-pedi ahead of the deadline, knowing it may be a while.

Julia Jackson made a last-minute stop at her favorite nail salon.

“Because it’s the last day for us to look great and beautiful for ourselves,” said Jackson. “So, I want to look good while I’m home.”

At 10 p.m. on March 27, nail salons, hair cutters, tailors, massage parlors and any other businesses that are not deemed essential or can’t accommodate 6-feet of social distancing must close their doors for no one knows how long.

“I’m just worried about the future,” said Jeb Yancy, getting a last-minute haircut in South Tampa. “I guess I’ll have to start cutting my own hair.”

“How are these people supposed to make a living, pay their bills, you know?” asked Kariena May, who was getting her nails done at a salon along Kennedy Boulevard.

“I feel bad for my employees. I have five of them. They had to go home. There’s no income,” said Jorge Soriano, a well-known Tampa tailor.

Soriano started to see business drop off sharply three weeks ago. Before that, the sewing machines in his store had never stopped humming.

When he locks the door at the end of the day - he doesn’t know when he’ll be back.

“I can only follow what they’re telling me. That’s it,” he said.

Some of the services are the sort of thing people might try doing on their own temporarily. For example, if a person makes a mistake painting their own nails, a cotton ball and some nail polish remover should save the day.

If you make a mistake sewing a hem you can always undo the thread.

But mess up a haircut? That’s something that might take a while longer to grow out of. ﻿Social media is already buzzing with images of homegrown haircut horror stories.

Take it from a professional like stylist Blanchy Nunez, who cuts hair at the Supercuts on Dale Mabry Highway.

“Have someone else do it with a steady hand,” she said. “Especially when you try to do your own bangs. That’s when people make the most mistakes.”

Of course, everyone hopes it won’t take too long before they can get back to snipping, clipping and trimming.

But for now, Jorge Soriano is leaning on faith.

“Everybody needs to be praying to God. But it is what it is,” he said, “What are we going to do?”

RELATED: What jobs are 'essential' during a stay-at-home order?