Firefighters say there were no injuries or structural damage reported. 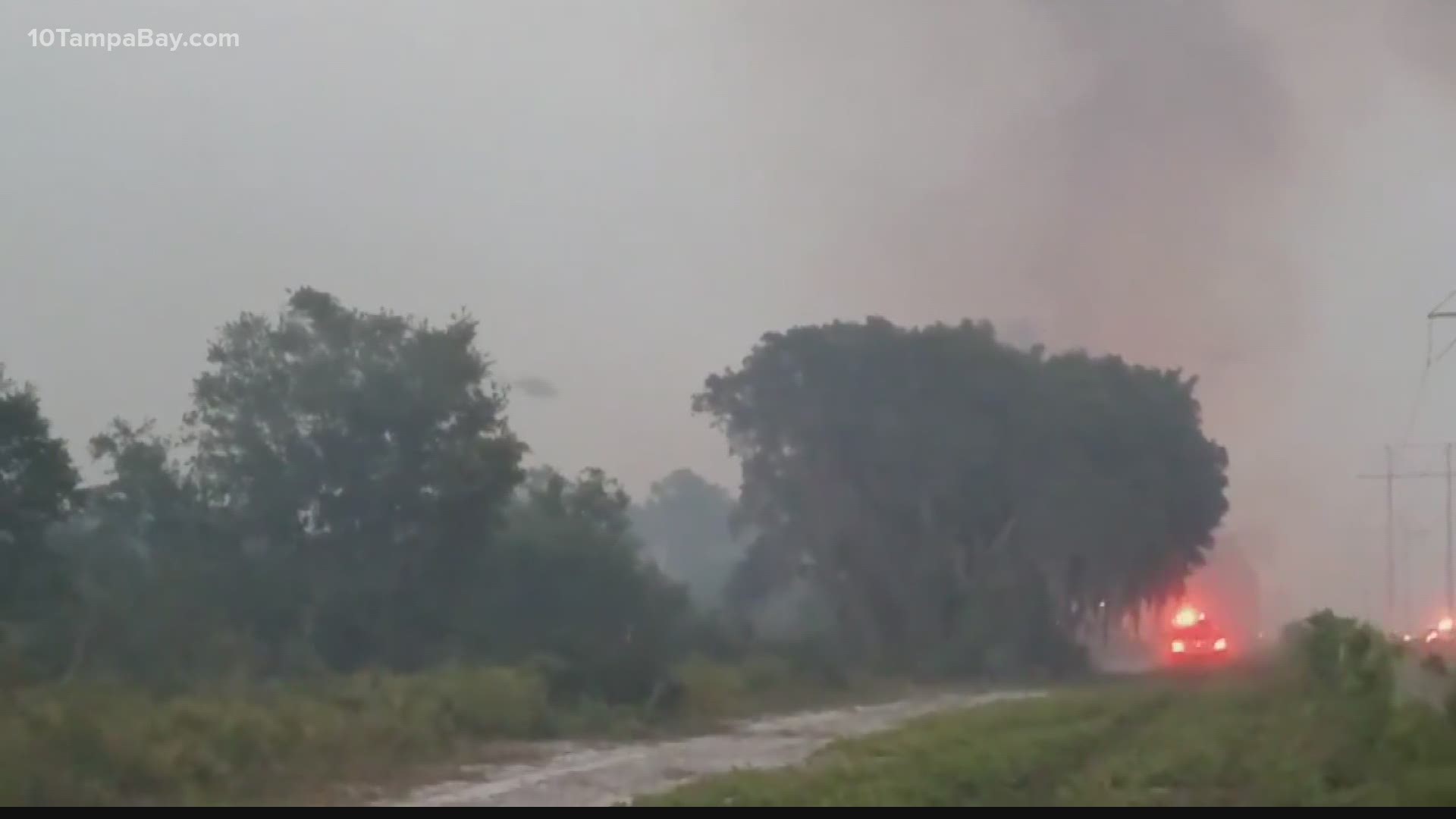 LITHIA, Fla. — A 125-acre brush fire that burned Monday in the Lithia area has been contained and knocked down, Hillsborough County Fire Rescue said in a tweet.

Firefighters spent hours working along Balm Riverview Road to prevent the fire from reaching nearby power lines and two structures. No injuries or structure damage has been reported, emergency crews said.

It grew in scope throughout the evening, first reported as a 30-acre fire that potentially grew to as large as 125 acres – roughly the size of 94 football fields – at one point when combining hot spots and areas that had burned, according to Fire Rescue Spokesman Eric Seidel.

The Florida Fire Service, which assisted county crews, said the fire had been driven by gusty winds.

After monitoring overnight, the agency said Tuesday morning there were no further issues to report.

**BRUSH FIRE UPDATE**
The brush fire off Balm-Riverview Rd. has been contained and knocked down with no injuries or structural damage reported. #HCFR crews spent several hours putting out hotspots, and a watch of this area has been set up to prevent flare ups during the night.

The month of May typically is dry for the Tampa Bay region, though this month has been especially drier than average. Just under an inch of rain usually is picked up through mid-month.

So far this May, only .16 of an inch has fallen at Tampa International Airport, and all of that fell on one day.