The district’s financial team says the gap has closed, but the district still faces a funding shortfall between $10 million and $25 million dollars. 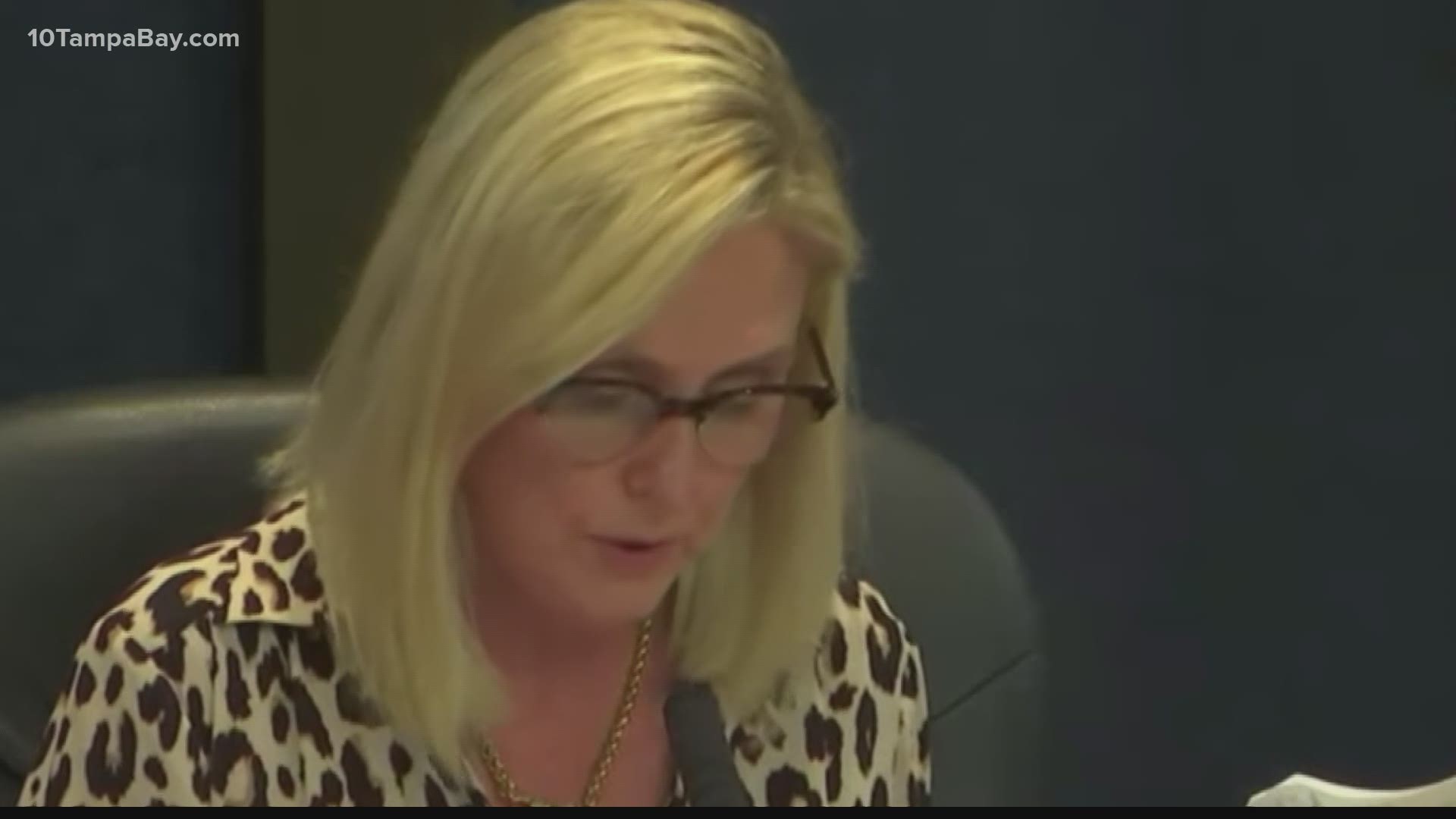 HILLSBOROUGH COUNTY, Fla. — The Hillsborough County School Board was presented with a financial recovery plan Thursday, which staff members hope will stave off a state takeover of the district’s finances.

"There is nothing more important than the physical integrity of our district," said Board Chair Lynn Gray.

The district’s financial team says the gap has closed, but the district still faces a funding shortfall between $10 million and $25 million dollars it needs in reserves to satisfy the Florida Department of Education.

"We need to come up with a plan that is going to last," said Hillsborough School Board Member Henry Washington.

"And we do need a long-term strategic plan. But we are not fixing that," said Fiscal Services Director Romaneir Johnson. "We are addressing how to close this 2 percent right now."

Superintendent Addison Davis says the Department of Education is willing to at least look at a pair of financial plans, one of which would include ESSER funds - money due to the district to offset COVID-19 expenses.

RELATED: Hillsborough Superintendent hints at deal with state that could spare district from financial take-over

The other plan might include turning to community partners like local businesses or taxpayers for a more permanent revenue stream.

"When we say 'why don’t other counties have this problem,' they don’t have it because the community has come through and decided that they want to prioritize traditional public education and found a way to fund it," said Board Member Jessica Vaughn.

Board Member Stacy Hahn said the district has already leaned on taxpayers and said it would be an embarrassment to go back again--hat in hand--asking for more.

"I think we’ve got to live within our means," said Hahn. "And figure out what strategies are going to be."

The board asked for a plan that shows more detail so Education Commissioner Richard Corcoran can see just how deep and painful the district’s cuts have been. A product, they say, of years of mismanagement and underfunding from the state.

"The needs of our students are greater than ever before," said Board Member Nadia Combs, "And we are not getting the funding."

Board member Melissa Snively referred to the district’s financial recovery plan as CPR - breathing life into the district just long enough to get through an emergency.

The board will work with staff members for two days to make any modifications, with the intention of sending the plan off to Tallahassee May 11.