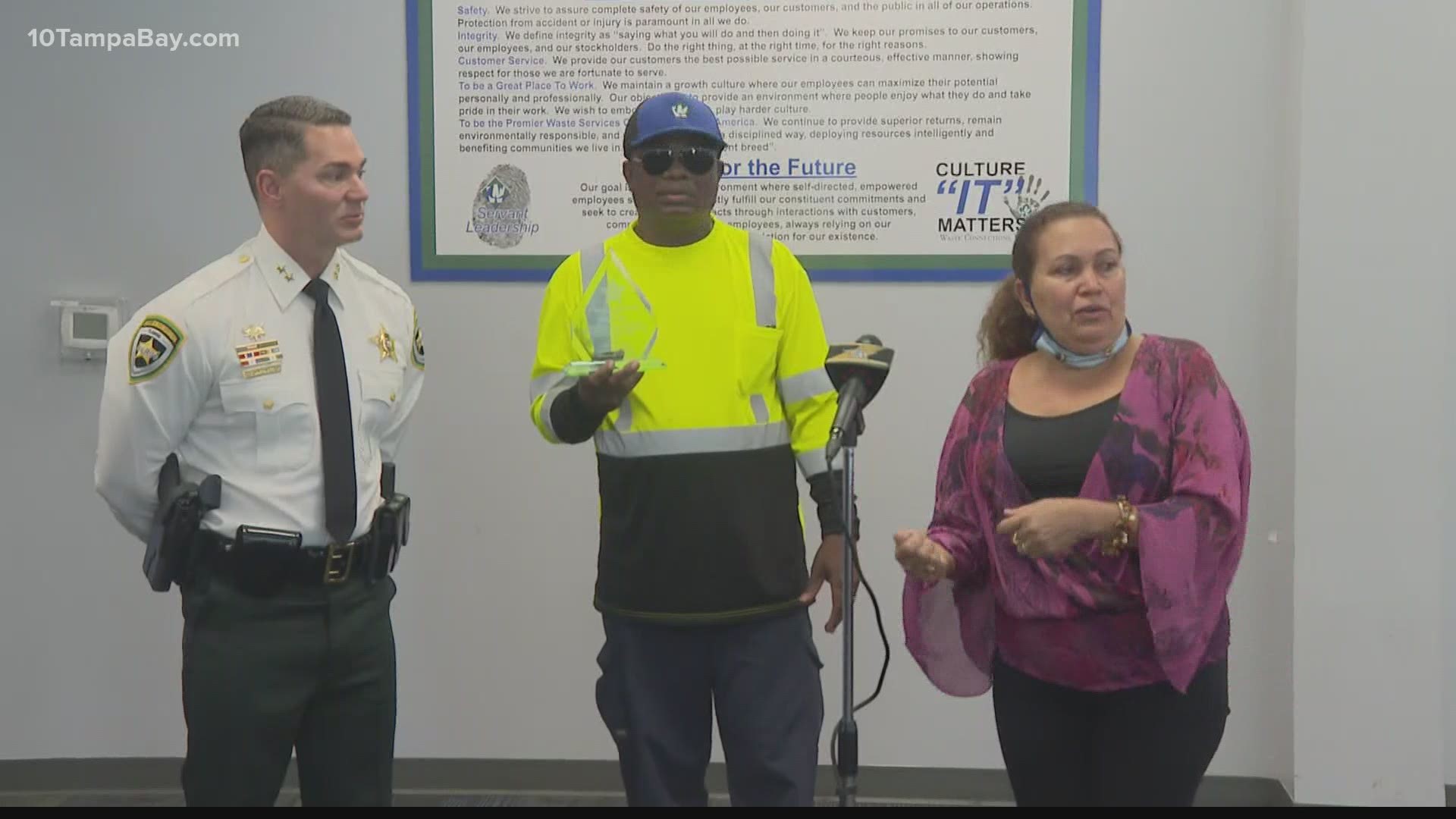 The sheriff's office says on Feb. 9, Waldo Fidele was doing his regular route in Tampa when he noticed a child had fallen into his truck. Authorities say a 7-year-old boy had been playing with his grandparents and hid inside a trashcan outside of their home near Neving Drive and Wildwood Street.

The trashcan, and therefore the child, was scooped up and emptied into the Waste Connections garbage truck. However, authorities say Fidele saw the boy fall into the truck's compactor through a surveillance camera at the front of his truck.

Fidele jumped into action, hitting the emergency stop button and preventing the child from being crushed.

The boy's grandmother called 911 because they needed help getting the boy out of the truck.

She told the dispatcher, "A 7-year-old child, that is my grandson got into the garbage can and he’s inside of the truck."

You can listen to the whole 911 call here.

"Had it not been for Waldo Fidele's quick thinking, a young child could have lost his life that day," Sheriff Chad Chronister said in a statement. "It's his heroic actions that prevented a family from experiencing tragedy and allowed a 7-year-old boy to play another day.

"We are thankful for Mr. Fidele, and this award is a small example of that gratitude."