Commissioner Stacy White thanked 10 Tampa Bay reporter Jenna Bourne for her reporting and said sexual harassment should not be tolerated. 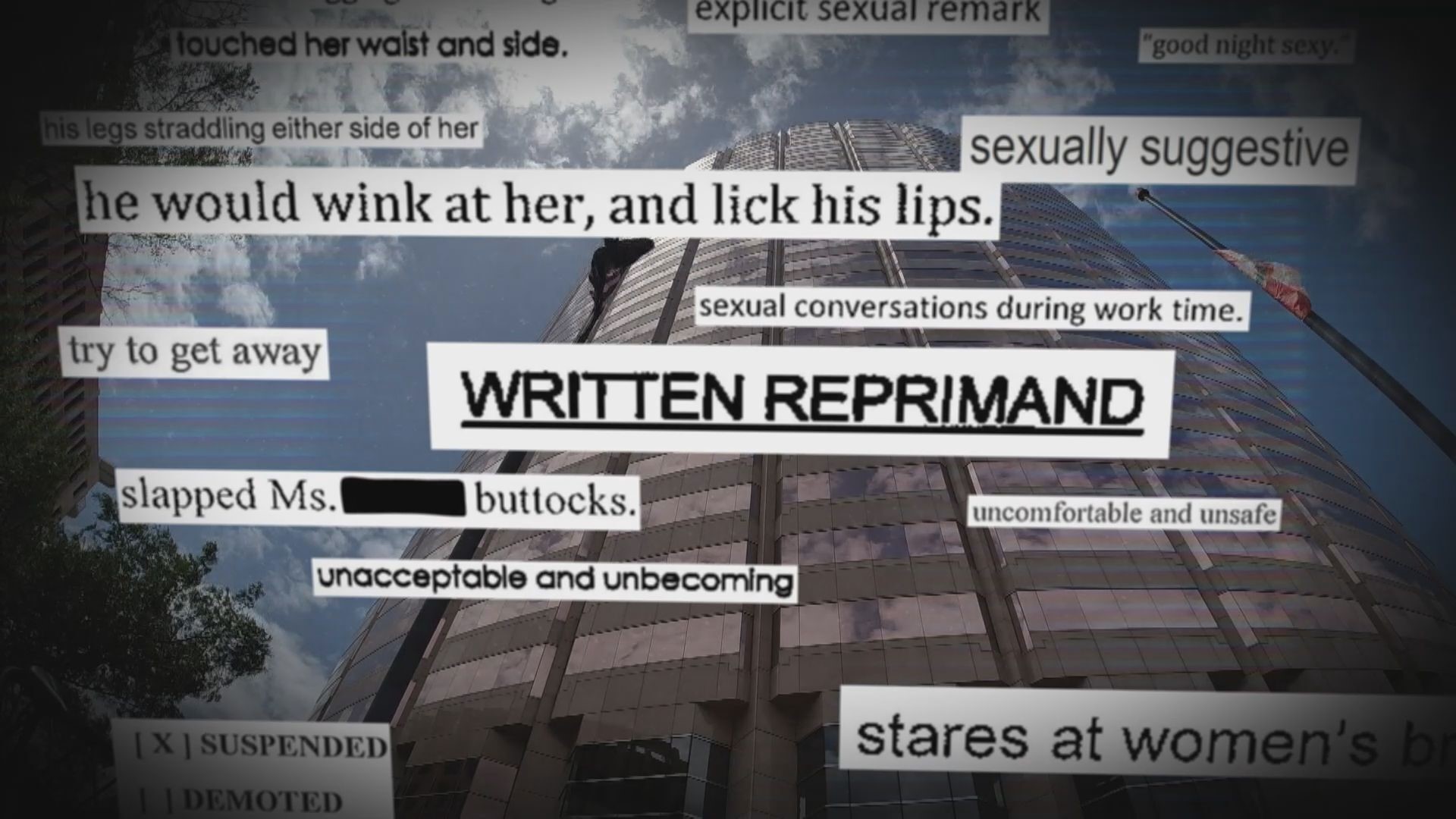 The Hillsborough Board of County Commissioners took unanimous action on Tuesday in response to 10 Investigates’ story exposing that the county rarely fires sexual harassers.

Out of those 13, the county fired two.

Eight of the 13 got to keep their jobs.

During its meeting on Tuesday morning, the Board unanimously voted to direct the County Attorney’s office and County Administrator’s Human Resources Department to review and recommend any needed changes to the Board’s sexual harassment policy.

The Board’s policy applies only to Board members and their staff, not to county employees as a whole, who fall under the county administrator’s policy.

Commissioner Stacy White introduced the motion on Tuesday to reexamine the Board’s existing policy prohibiting sexual harassment, which was created in 2009.

“I would like to thank Jenna Bourne with 10 Tampa Bay for her outstanding investigative report on sexual harassment cases within the county going back a decade,” said White during Tuesday’s meeting. “The Hillsborough County government workplace should be a workplace where sexual harassment is not tolerated.”

By approving White’s motion, the Board also agreed to adopt the following policy and include it as a statement on the county’s website and job posting website:

After seeing what 10 Investigates uncovered in May, Commissioner White sent a memo to the county administrator calling for a review of county policies and suggested, “the County should have a separate, special distinction made for reports where a supervisor is the harasser.”

His May 24 memo said, in part, “Frankly, it is 2021 and it is beyond time the County addresses this in a meaningful way… It is clear to me that the County’s policy on sexual harassment is in need of an update and meaningful reform.”

Earlier in May, 10 Investigates asked Hillsborough County HR Director Ivey Martin if the county will make any changes to how it handles sexual harassment, based on what our investigation found.

“We review our policies annually to determine if there are any adjustments that need to be made,” Martin responded.

While the county has referred to its harassment policy as “zero tolerance” on some forms, the policy itself doesn’t actually say it’s zero-tolerance.

Martin also confirmed “zero-tolerance” doesn’t necessarily mean that the sexual harasser will be fired; instead, the county’s policy says harassers will be subject to discipline, up to and including termination.

“It means that we are going to ensure that we address the conduct and that the behavior is addressed so that it won’t occur again,” said Martin.