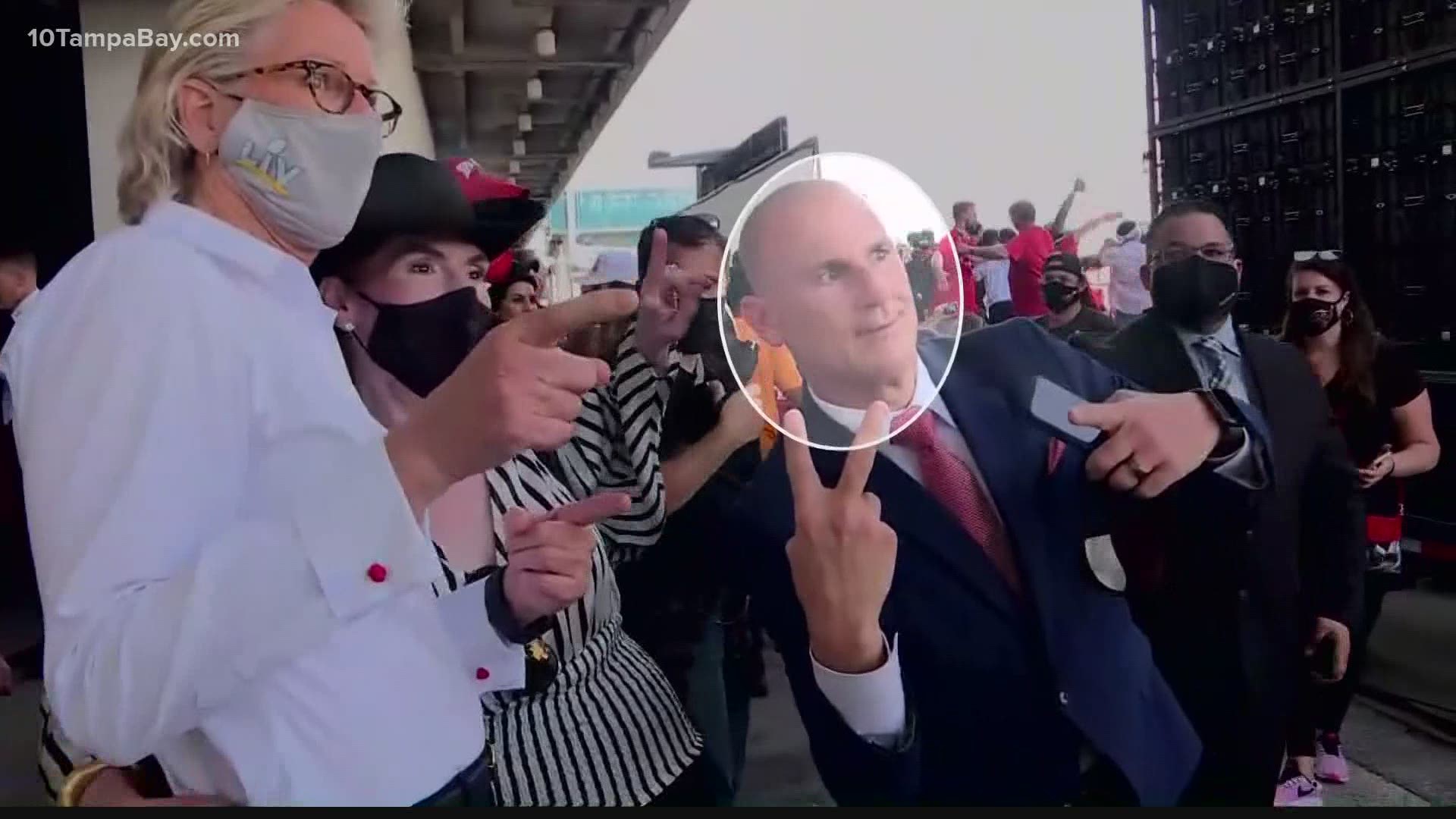 Fans lined the Riverwalk Wednesday to watch the champions float by. The mayor asked people who came out to wear a mask and do their best to keep a distance between themselves and others.

However, members of the team – along with the majority of people on the boats alongside the Buccaneers – did not wear face coverings.

Another notable maskless face was Hillsborough County Schools Superintendent Addison Davis. By Wednesday night, there was chatter online among teachers about Davis at the crowded celebrations. One teacher sent an image captured from a video stream to 10 Tampa Bay, showing Davis not wearing a face covering.

10 Tampa Bay captured footage of Davis among the crowd and not wearing a mask as the Bucs approached the stage. We also have video of Davis backstage approaching Tom Brady before walking over to Tampa Mayor Jane Castor.

Davis appears to be photobombing the mayor's picture before saying, "I don't have a mask on, sorry!"

You can see a mask being held in his hand. 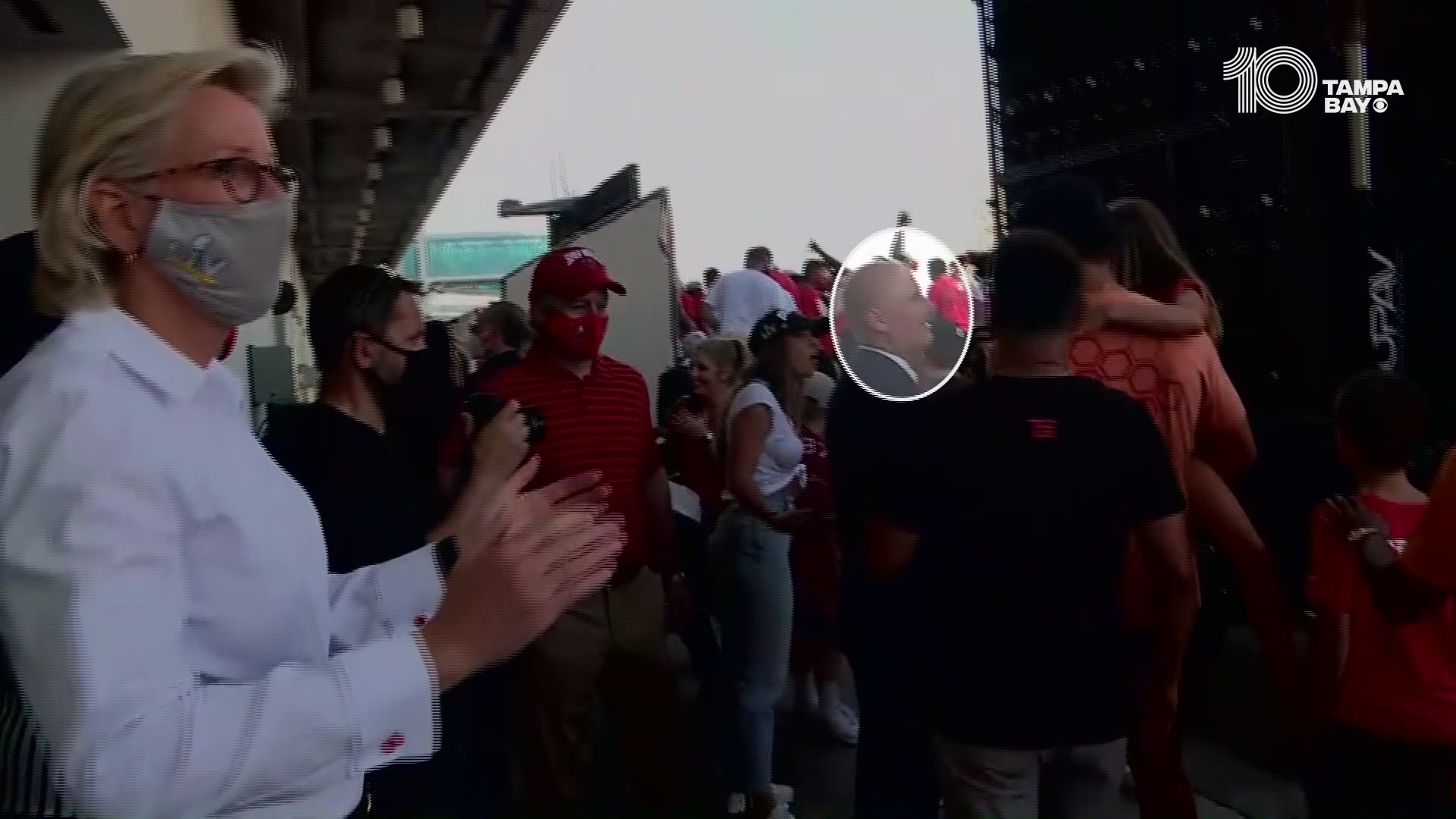 10 Tampa Bay obtained an e-mail Superintendent Davis sent to staff on Feb. 5, the Friday before the Super Bowl. The first paragraph said:

"I hope this communication finds everyone ready and prepared for a historical weekend in Tampa as we host our very own Tampa Bay Buccaneers in Super Bowl LV (55) on Sunday.  As we rally behind our home team, I encourage each of you to remain safe by continuing to practice social distancing, wear face coverings when necessary, and avoid large social gatherings where possible. While we plan for the Buccaneers to be victorious on Sunday evening and stand on the stage lifting the Lombardi Trophy, I need everyone’s assistance ensuring that our students win on Monday, February 8th."

A Hillsborough County Public Schools spokesperson sent 10 Tampa Bay the following statement from Addison Davis about the incident along with the pictures below of Superintendent Davis at the Buccaneers' event wearing a face mask.

“Along with several other local leaders, I attended the championship presentation at the port to celebrate our partners, the Buccaneers, and their historic win. I wore my mask throughout the event, only taking it off briefly for a few photos and then putting it back on for the remainder of the time I was in attendance. As I said in my email to employees and families last week, we should always follow CDC guidelines to stay healthy and safe, and that includes me. In hindsight, I should have kept my mask on for the entire celebration,” Addison Davis.