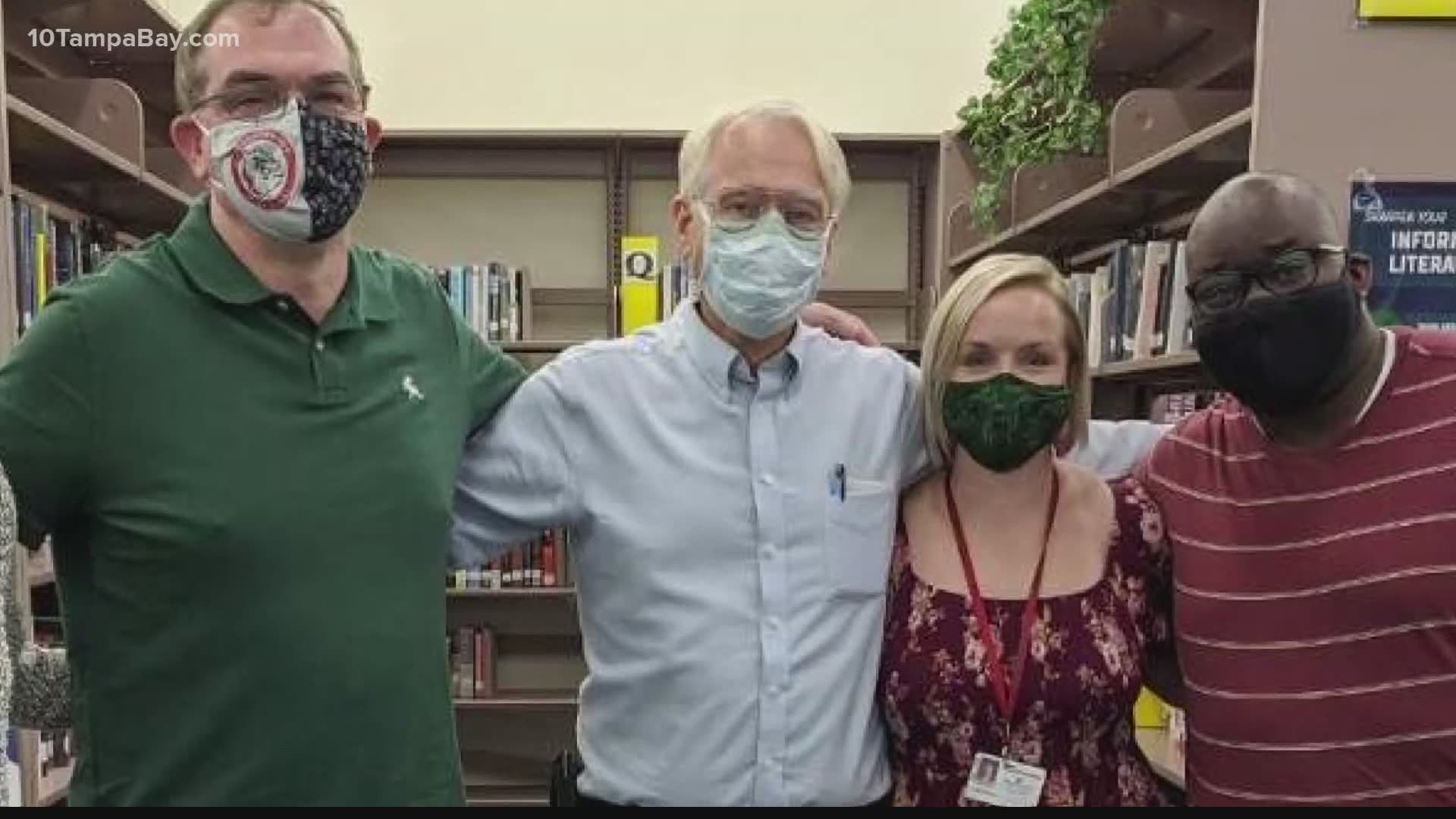 His final days as a statistics teacher were spent in front of a screen rather than a classroom. His decision to step away came to light when he had a conversation with his colleague at Hillsborough High School.

Tubb told him: "I looked up the data in May and if you and I both have COVID, I’m 41 times more likely to die of it than you are. That’s called relative risk."

Tubb is a numbers guy, so it's no wonder data had something to do with his decision.

"It’s way too dangerous and it’s still dangerous for my colleagues. It really is, so it was time to leave," he said.

Now in retirement, Tubb spends some of his free time crunching numbers from the Florida Department of Health. He was especially interested in the pediatric report the state is supposed to put out on a weekly basis. Recently the report has been delayed. 10 Tampa Bay has reached out to the Department of Health to find out why. We have not heard back yet.

RELATED: 'There's a lack of transparency': Pediatric doctors tracking COVID-19 cases say the state hasn't made the data they need easy to access

"I’m concerned about the welfare of the children, the teachers, and the staff," said Tubb who noted that the percent positivity rate among people younger than 18 in Hillsborough County is 14.2 percent.

That's comparable to Palm Beach County at 14.3 percent. Other south Florida counties are a bit higher, such as Broward which has a 17.2 percent positive rate and Dade with 20 percent.

Schools in those counties have been allowed to keep their campuses closed without the financial penalty as stated in the Florida Department of Education's emergency order issued in July.

What does percent positivity tell us?

Percent positivity is the number of positive cases divided by everyone tested. Scientists believe it's a good way to know if we’re doing enough testing.

The World Health Organization says an on-going 5 percent positivity rate is a good measure of when to open up towns and cities.

The average pediatric positivity rate in the state of Florida, according to the latest report, is 14.7 percent.

"Percent positivity is still pretty high because we’re not testing as many students or as many kids as we are adults unless there’s a highly suspect reason for them to be tested," Roberts said.

She explained that adults often get tested randomly or out of curiosity, whereas children are more likely to be tested if they have symptoms or came in close contact with someone who had the virus.

10 Tampa Bay reported errors in the state's pediatric report back in July and data delays in August.

Roberts believes these kinds of things add to the confusion.

"It’s going to be, honestly, years before we clean up all the data that we have in this pandemic and really have a clear picture of what went on," she said.

To track coronavirus in children in your community, you can check with your local school district. Most in Tampa Bay have created dashboards with daily updates to offer parents transparency and information on a regular basis.