A large amount of cash and drugs were found in the car the men were in. 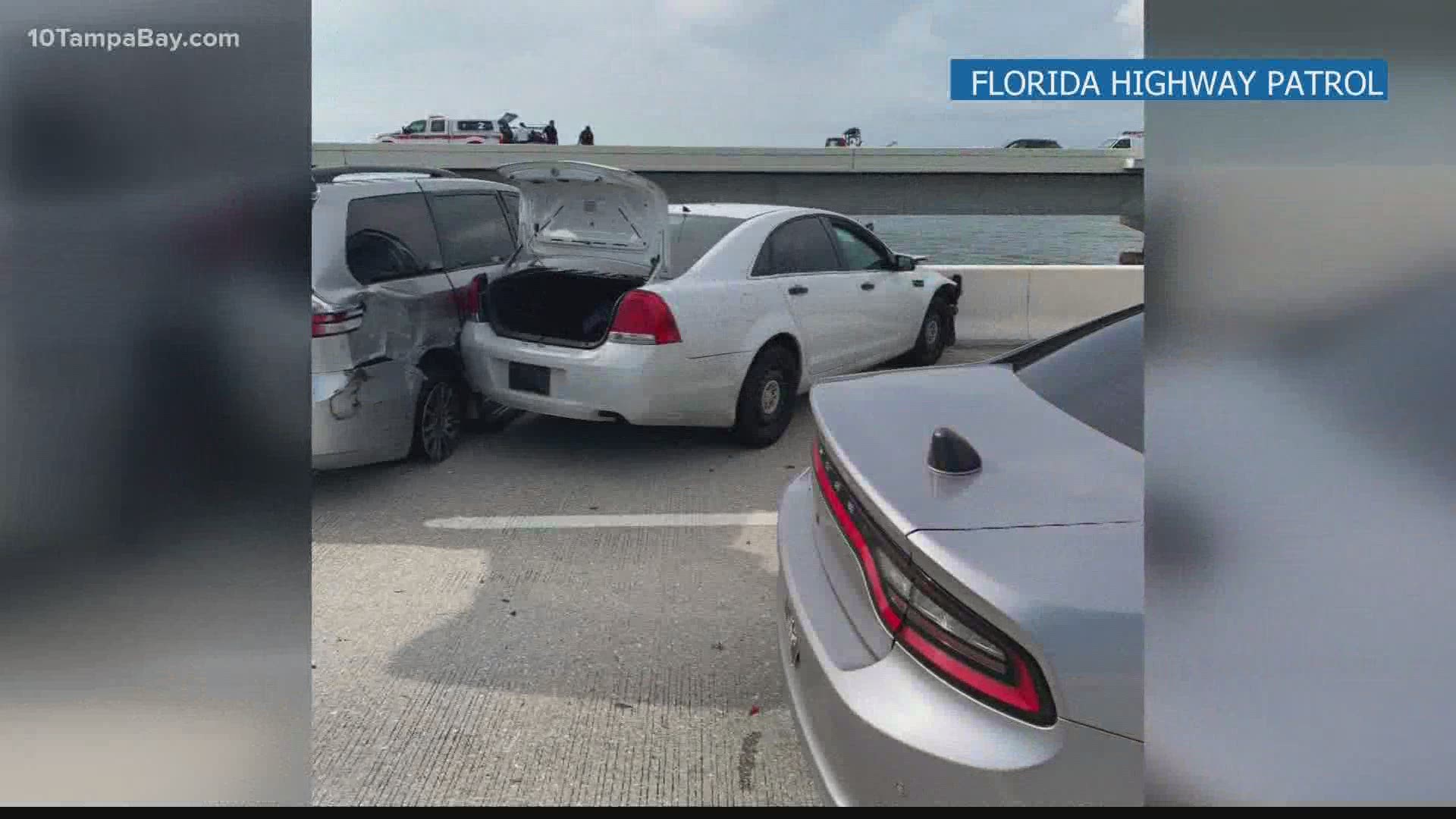 Florida Highway Patrol identified the person who died as Torren Lee Jackson, 16, of Tampa. Joshua Richard Reed-Acton, 18, of Temple Terrace was injured. The investigation is ongoing.

One man is dead and another is hurt after a chase on I-275 ended with the men jumping into Tampa Bay.

FHP said the car, clocked at one point going 120 mph, passed the trooper. The trooper eventually stopped the pursuit because it was too dangerous, according to FHP.

The car continued to speed onto the Howard Frankland Bridge where it collided with three other vehicles.

After the crash, the two men in the car got out and jumped from the bridge.

One of the men was found dead. The other was taken to the hospital with serious injuries, according to FHP.

FHP troopers continue to investigate the incident in which a large amount of cash and narcotics were found in the car the men were in.

No names have been released.

This happened around 4:10 p.m. and traffic on the bridge was backed up for quite a while.