'It's not poop water,' but St. Petersburg official skeptical of wastewater to drinking water plan

The "toilet-to-tap" plan, as it's known, would pump treated wastewater into the aquifer in an effort to generate millions more gallons of drinking water every day. 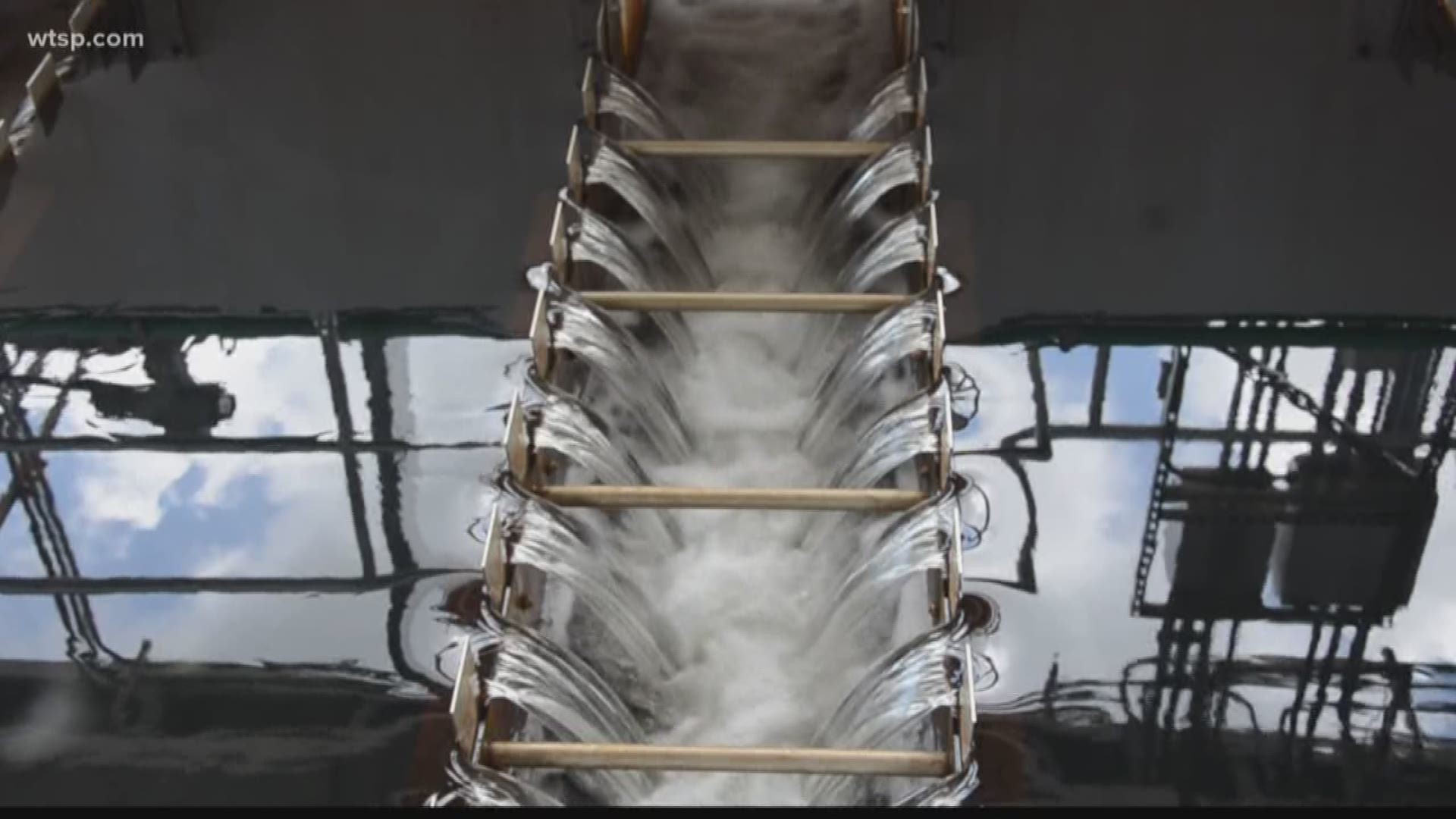 ST. PETERSBURG, Fla. -- A proposal to turn treated wastewater in drinking water for the city of Tampa is getting some pushback.

The "toilet-to-tap" plan, as it's known, would pump treated wastewater into the aquifer in an effort to generate millions of more gallons of drinking water every day. Here’s basically how the current proposal would work: The city of Tampa already treats 50 million gallons of wastewater every day and releases it all into Tampa Bay.

This plan would, instead, pump all that water deep into the aquifer underground and, at the same time, pump the same amount of water out of the aquifer at a different location at a shallower depth. That water would then go through the same treatment all the rest of Tampa’s drinking water goes through and would be available to the entire city.

“Re-use for drinking water is getting more and more popular. Within the state, I can think of at least five [local governments] off-hand that are doing projects either direct or indirect potable reuse," Tampa Water Director Chuck Weber said. "Throughout the nation, there are probably one hundred or more. The water is very clean.

"It’s not poop water. ... It’s advanced treated, it’s not just treated to normal wastewater standards," he added. "It has advanced treatment, the water quality coming out of the Howard F. Curren water treatment plant, in many ways, is actually of a better water quality than the Hillsborough River, which is our current source of water.”

The pushback, for the most part, seems to be coming over the project's proposed timeline, rather its nature.

“I want to work with Tampa, but right now I don’t see the need to rush into a project and to have it taken over by the city without some help from Tampa Bay Water in running what will surely be a big, unprecedented, expensive project," said Darden Rice, who sits on both the St. Petersburg City Council and the Tampa Bay Water Board.

“Let’s take the time to take a look at what exactly it costs, what exactly we can get permitted, how can we build it to be a true environmental project, and let’s set it up in a way that doesn’t unravel Tampa Bay water.”

The Tampa Bay Water board is made up of three elected officials from its six members -- Hillsborough, Pasco, Pinellas, New Port Richey, St. Petersburg and Tampa. The board voted to delay approval of the project in October.

Rice is concerned the board may move forward with the vote at its next meeting on Dec. 17, even if some of her questions remain unanswered.

“Why the rush? Why rush a vote in December?" she said. “We’re pointed in the right direction, but we’re just not there yet, there’s too many unknowns and, really, the bottom line is: There’s no need to rush this.

"We can take our time and do it right.”

Weber says the project is one that stands to benefit the entire region.

“We’ll be able to supply our own water during the drought using our own water use permit, and that will free up the rest of the regional water sources for the rest of the Tampa Bay Water members," Weber said. "We’re pretty confident that once everybody understands all the facts and can see the data that supports where we’re at, that we’ll get a vote either in December or, potentially, in February."

And while Rice says she's excited about the prospect of new technology and creating new opportunities for drinking water, she's skeptical that the project, in its current form and on its current timeline, is the right answer right now.

“Let’s make sure that we’re planning a good project that’s anticipating everything that we need to," she said. “Reusing wastewater and treating it to the right amount, that is a legitimate water source of the future.