The case filed in circuit court says a Scores Gentlemen's Club in Tampa illegally employed a minor with disabilities. 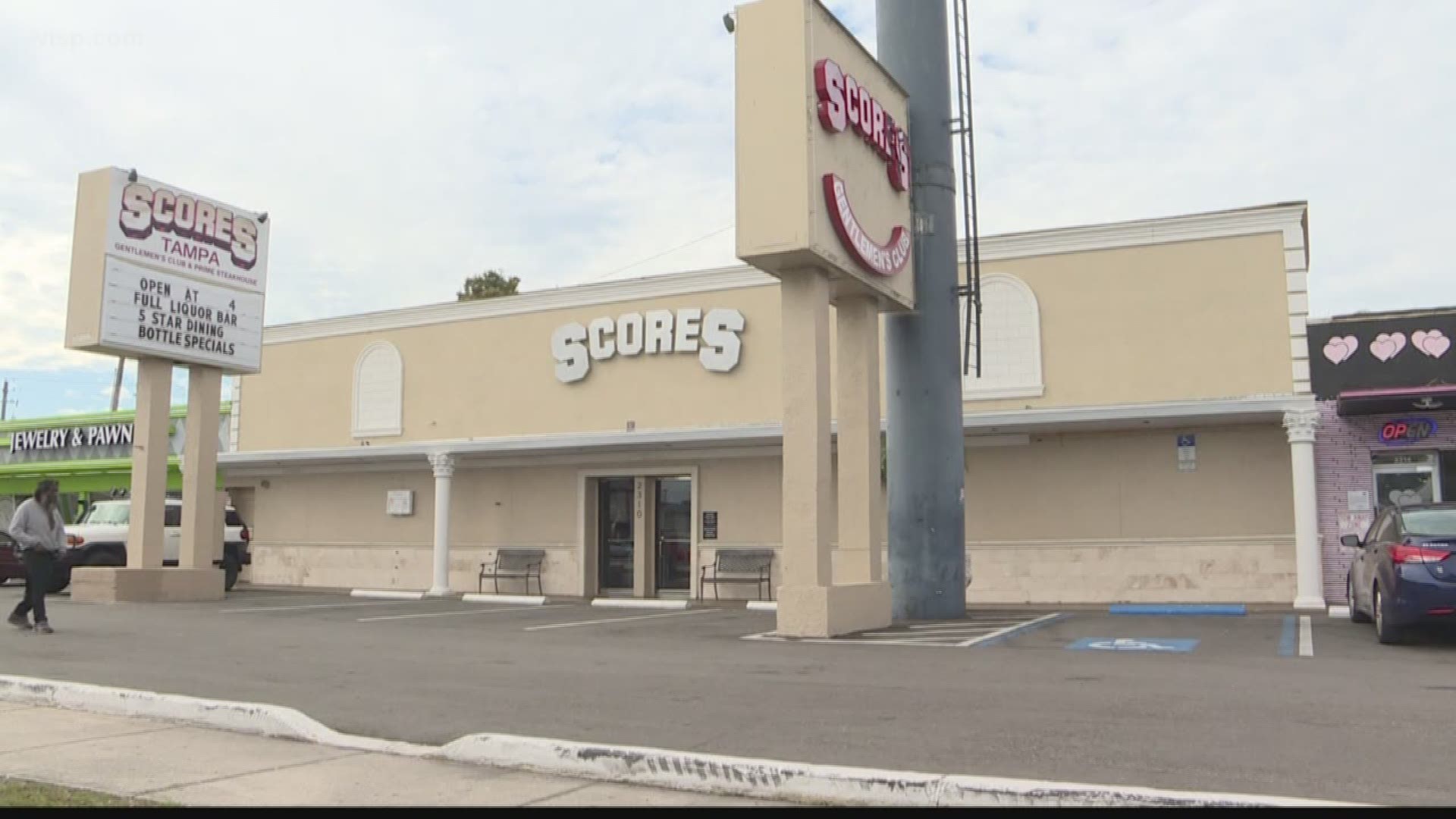 In a release from the attorney of "Jane Doe," Scores is accused of "enabling and profiting from the sexual abuse of" a teen girl with disabilities. The lawsuit specifies the Tampa location of Scores, which is a national chain of gentlemen's clubs.

The lawsuit doesn't list the age of the teen but said she was under 18 at the time.

The lawsuit, filed Wednesday, also names Todd Couples Superstore Inc. and Charles E. Mellick as defendants. Mellick, according to the lawsuit, was a "house mom" at Scores Tampa and in charge of assisting club performers.

According to the release, an "unsavory male associate" brought Jane Doe to the Scores Tampa location one night in 2017. The club "had her dancing on stage within 30 minutes of her arrival, setting her down a path of sexual abuse, exploitation and prostitution," attorney Michael Dolce said.

The lawsuit alleges Roberto "Bobbie" Torres III helped her run away, "sought to indoctrinate her into an adult sexualized lifestyle," manipulated the teen into performing commercial sexual performances and "sought to have a sexual relationship with her."

According to an arrest report from September 2017, Torres was the owner of a drug rehabilitation center and befriended the teen there. Authorities said she asked Torres for money after running away from her family, and he reportedly suggested she become a dancer and get a fake ID.

Torres was later arrested and charged with human trafficking for commercial exploitation and interference with the custody of a minor. Court records show he pleaded guilty to related crimes. Torres is on probation in Orlando, the records said.

Torres is also accused of taking the teen to Todd Couples Superstore, which the lawsuit claims failed to request identification for the teen or contact authorities about a possible minor entering its store.

10News reached out to Todd Couples Superstore and an employee told a reporter the manager was too busy to talk at the time. A reporter left callback information with the store and will update the story when we get a statement.

Dolce said the teen was also taken to several other Tampa-area adult clubs by Torres hours before going to Scores, but those clubs refused to hire her. The lawsuit claims Scores didn't confirm her age or identity before hiring her.

Mellick is named as the person who helped the teen prepare the dancer hiring form, which the teen's attorney claims was filled out with the name of another woman. The lawsuit also accuses Mellick of battery for allegedly touching the teen's breasts while applying pasties before she went on stage.

10News reached out to Mellick and left a voicemail asking for a statement. We will update this story when we hear back.

The lawsuit says Scores illegally employed the teen at the club and "regularly put (her) in the position of performing sexually explicit acts." The club is also accused of encouraging the teen to take prescription drugs, cocaine and hard liquor before performing.

Dolce also cites Scores' participation in the Club Operators Against Sex Trafficking program, which aims to raise awareness for and combat human trafficking.

In addition to accusing the club of human trafficking and sexual exploitation, the lawsuit also charges Scores with "unjust enrichment," citing the financial benefits from the alleged illegal employment of the teen.

10News reached out to Scores' corporate office, which said it does not yet have a comment because it doesn't have enough information about the lawsuit.

The lawsuit was filed in the 13th Judicial Circuit in Hillsborough County by Palm Beach Gardens-based firm Cohen Milstein Sellers & Toll PLLC. Jane Doe requested a trial by jury and damages in excess of $30,000.