The preferred plan will add some lanes, widen exits and build through far fewer parcels of land than needed in previous proposals. 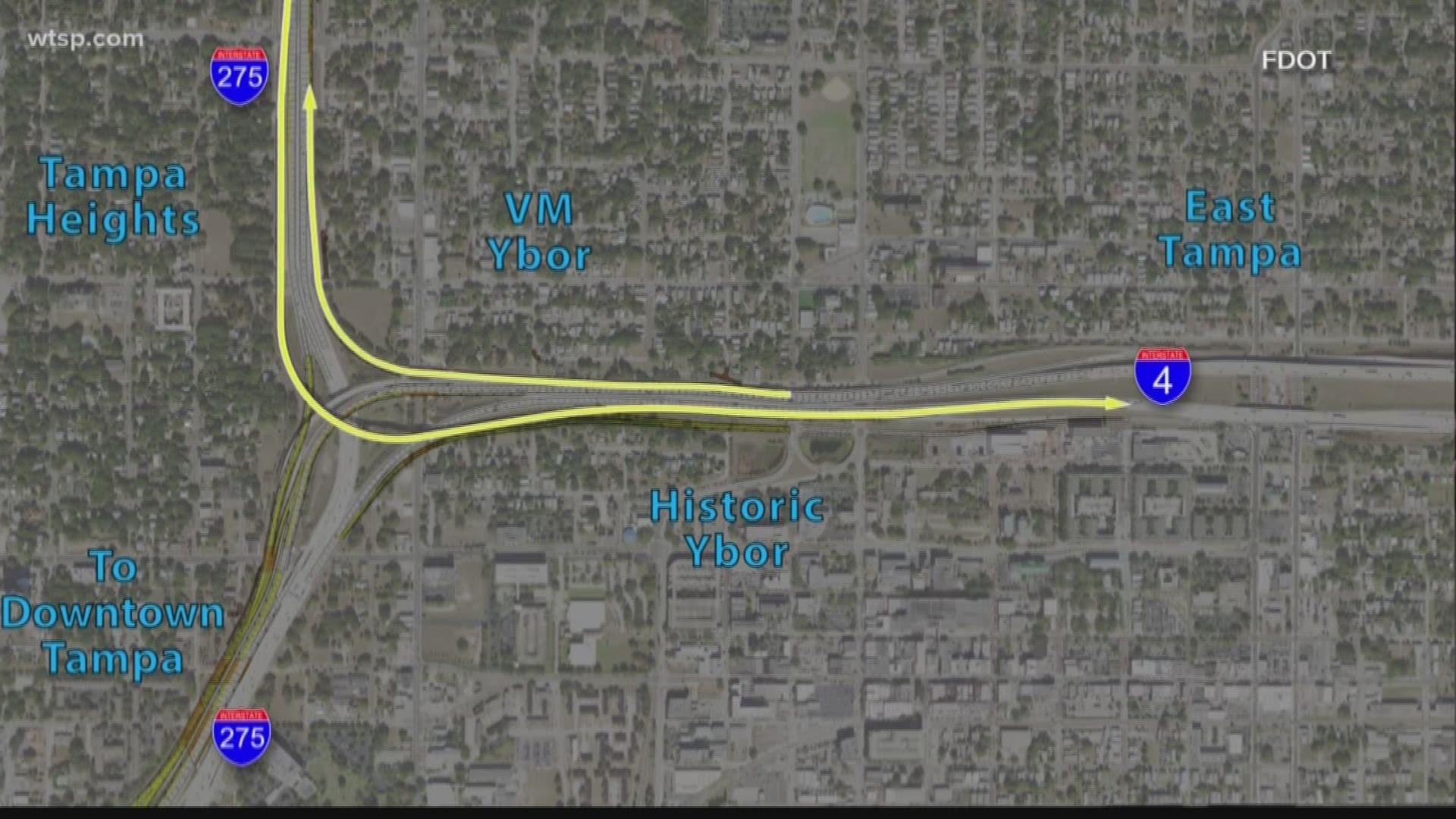 TAMPA, Fla. — Your drive through one of the busiest highway interchanges in the Tampa Bay area could soon get a bit better, says the Florida Department of Transportation.

FDOT officials announced Tuesday the desire to move forward with a preferred plan to address issues with the downtown Tampa interchange at Interstate 275 and Interstate 4. The proposal for the area known as "malfunction junction" will add some lanes, widen exits and build through far fewer parcels of land than needed in previous proposals.

“Is it going to be a cure-all? Absolutely not,” said FDOT spokesperson Kris Carson. “But we see it as a compromise that will help with congestion and safety.”

Trying to figure out how to fix the interchange has proven to be almost as big a headache as driving through it. Several proposals have been debated for several years now as people living in neighborhoods in the path of the proposed expansions have pushed back over fears of being pushed out.

“There's a horrible history of how these highways were rammed through the heart of cities all over North America to begin with,” Michelle Cookson, a transit advocate with the grassroots organization Sunshine Citizens previously told 10News. “The last thing we need to be doing is repeating that cycle.”

Prior pitches would’ve potentially forced hundreds of people living in the path of expansion out of their homes. Comparably, the preferred plan would impact seven properties.

According to FDOT spokesperson Kris Carson, many of those homeowners are willing sellers.

The preferred plan includes adding a lane to both north and southbound directions of I-275 connecting to westbound I-4. An additional lane would also be added to the flyover ramp connecting southbound I-275 to I-4. The plan would add more exits into Ybor City at 14th and 15th Streets off eastbound I-4.

Take a closer look at the proposal below:

RELATED: Residents, urban planner call for Florida to demolish I-275

But transit advocates say this latest proposal still misses the bigger issue when it comes to getting around Tampa Bay.

“We can't pave our way out of this,” Cookson said, arguing FDOT should be investing in mass transit options like light rail. “How about we fix the roads we have already and we build some high capacity systems that move a lot more people, more efficiently."

The projected will cost about $175 million, according to Carson, who says funding has not yet been secured.

A public hearing is scheduled in February.