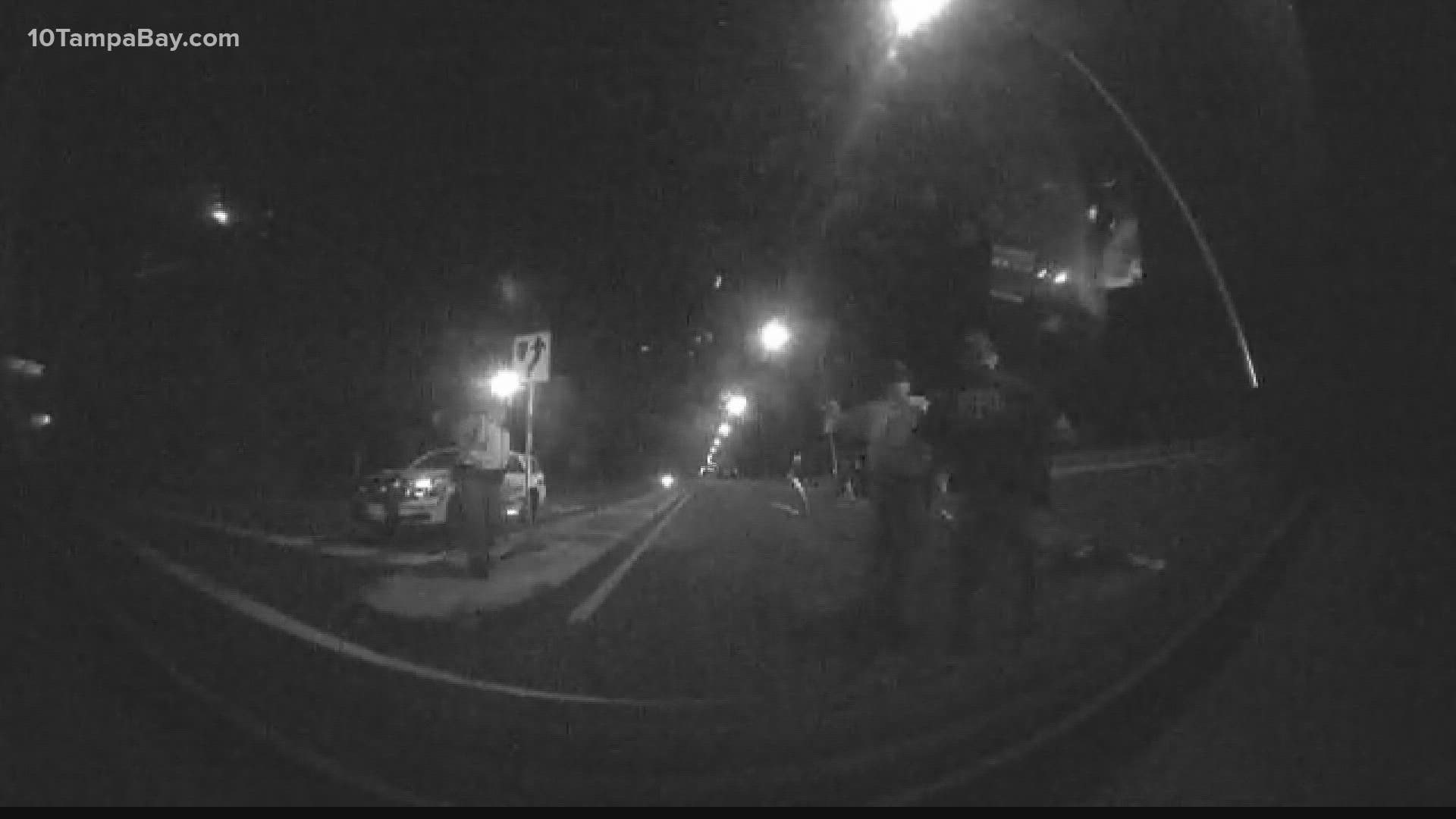 TAMPA, Fla. — 28-year-old Stuart Cobb was arrested Sunday morning after leaving the scene of a crash where he is accused of hitting and killing a 30-year-old pedestrian.

While Florida Highway Patrol (FHP) troopers were investigating that fatal crash on SR-574,  a passing vehicle drove into the crime scene, FHP reports.

Video from the Trooper's dashcams recorded 34-year-old James Sharp nearly running down two troopers in addition to destroying evidence from the previous crime scene according to the arrest report.

Troopers stopped Sharp's vehicle and say he failed a Field Sobriety Test and was arrested for  DUI.

He was also charged with leaving the scene of a crash with property damage and destruction of evidence.