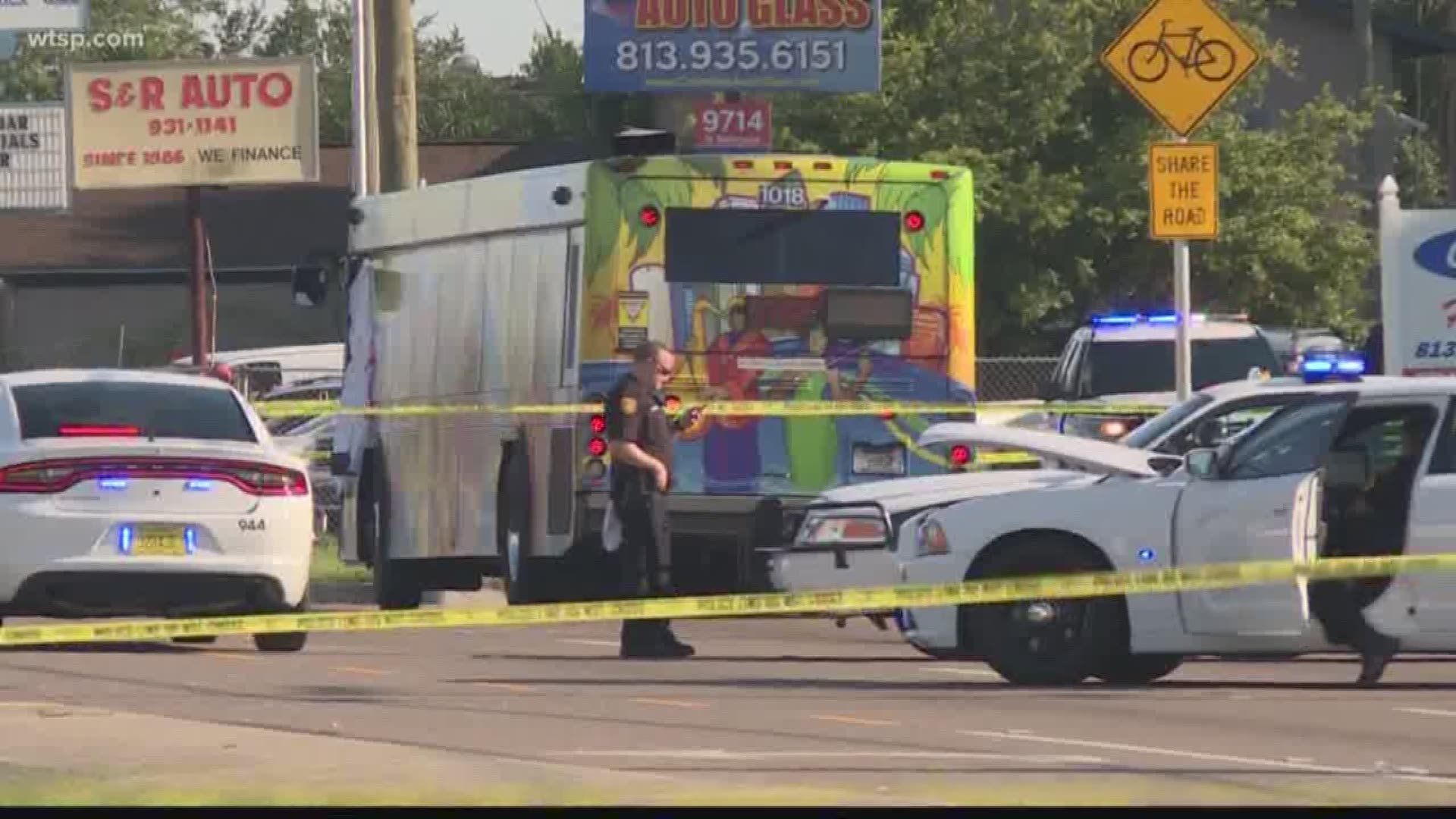 TAMPA, Fla. — A man charged for resisting arrest following the deadly stabbing of a HART bus driver now is accused of murder.

Justin Ryan McGriff, 35, was placed in police custody because he fit the description given to officers after the stabbing, Tampa police said. He was charged with first-degree murder Sunday.

McGriff, believed to be a passenger on the HART bus, is accused of stabbing the driver just after 4 p.m. Saturday near Nebraska Avenue and Locust Street. The suspect ran off the bus and toward Interstate 275, where police found him based on a witness' description.

Police said they do not yet have a motive for the killing, and they are continuing their investigation.

HART CEO Ben Limmer sent out his condolences in the hours after the stabbing.

"We are devastated by the tragic events that took place today involving our HART bus operator. We are working with the Tampa Police Department as they conduct their investigation into this horrific matter. We offer our thoughts and prayers to the family and friends of the bus operator, as well as to all of our HART colleagues."

10News went to McGriffs' neighborhood, and neighbors there did not recognize him. They said an elderly couple lived at his listed address, and they are very nice and quiet.

The couple is said to wave to other people as they walk down the road.

The neighbors 10News spoke with were surprised to hear that a house on the street could have any connection to a fatal stabbing.