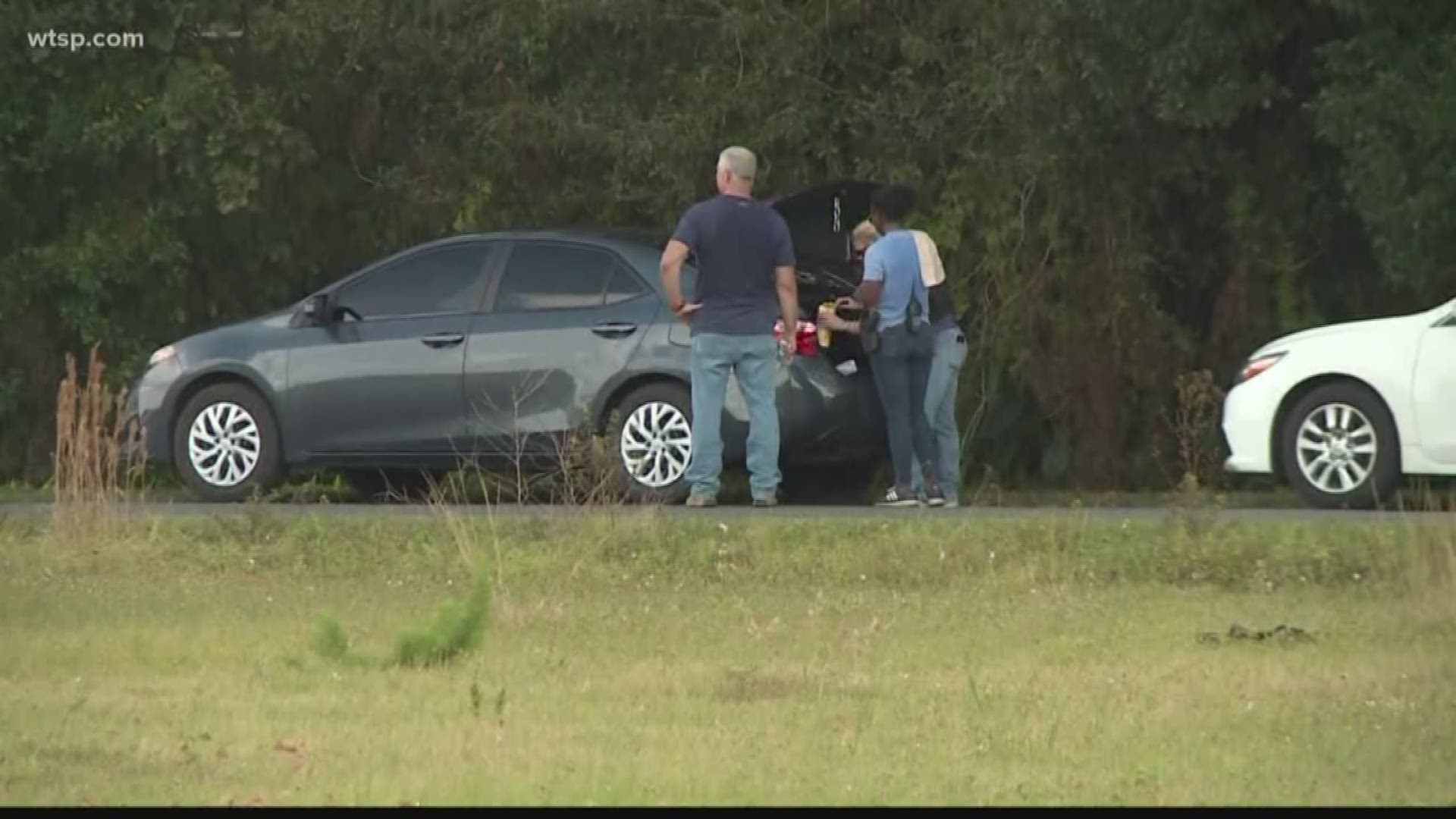 PLANT CITY, Fla. — A motorist shot Tuesday afternoon in Plant City has died from his injuries.

Deputies with the Hillsborough County Sheriff’s Office were called to the intersection of Colson Road and Tower Ridge Lane just before 1 p.m. when a family member of the man called 911 to say he had been shot.

Deputies determined the man, whose name has not been released, was shot while driving along Colson Road.

Just prior to the shooting, 911 dispatchers had received multiple calls from drivers in the same area reporting that a man armed with a handgun was attempting to flag down vehicles. There were also reports that the man, Jeffrey Darnell Thomas, 27, was shooting at other motorists in the area.

Thomas was eventually found and shot by a Plant City police officer. He was taken to a hospital for treatment. His condition is unknown.

It’s unclear what Thomas' motives were for this shooting. He is facing a host of charges.