How to donate in memory of Master Corporal Brian LaVigne

He was killed in the line of duty with just one more shift before retirement, the sheriff said. 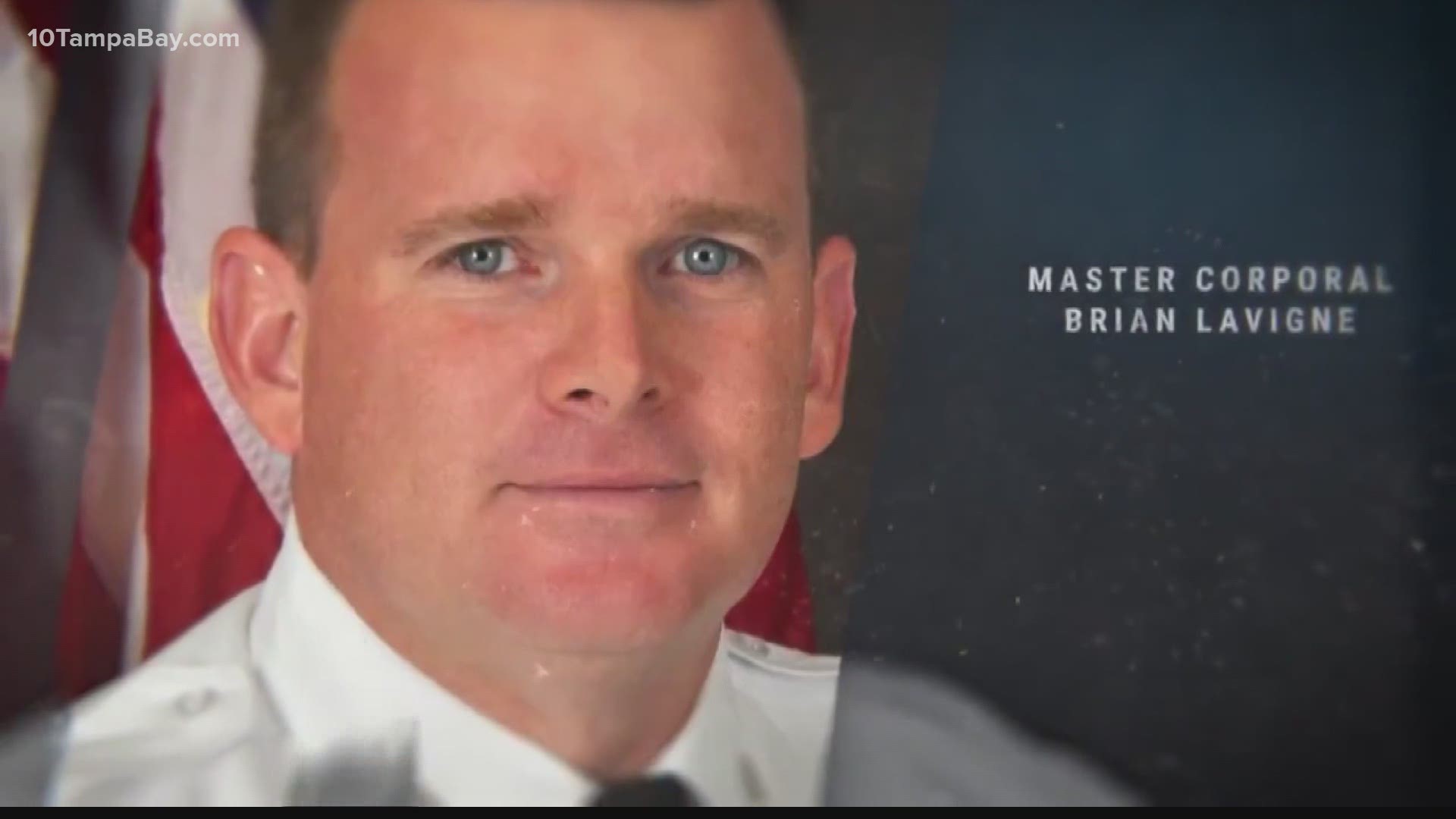 TAMPA, Fla — Corporal Brian LaVigne is being remembered as someone dedicated to his family and community, a great family man who worked to mentor the younger members of the Hillsborough County Sheriff's Office.

LaVigne died Monday when a man, who was fleeing deputies, intentionally crashed into the driver's side of his cruiser on Lumsden Road, Sheriff Chad Chronister said during a news conference.

LaVigne had one more day of work before he was to retire after 30 years, the sheriff said. He is survived by his wife and two adult children; one of his daughters is a deputy with the sheriff's office.

The Hillsborough County Sheriff's Office says anyone who wishes to donate to his family can do so through the Lynn Sowers Memorial Foundation.

Anyone interested in donating to the LaVigne family is asked to do so through the Lynn Sowers Memorial Foundation. This is the official way to donate to the family —
the link can be found on the memorial page listed below. Thank you for your support!https://t.co/5gRXRs0Bc9 pic.twitter.com/l4OsbPiOM6