'Mom, I was about to die': Victim's family describes woman's narrow escape after New Year's crash on I-4

The vehicle went into a dark, muddy area around 3:50 a.m., and nobody was sure the woman would make it out alive. 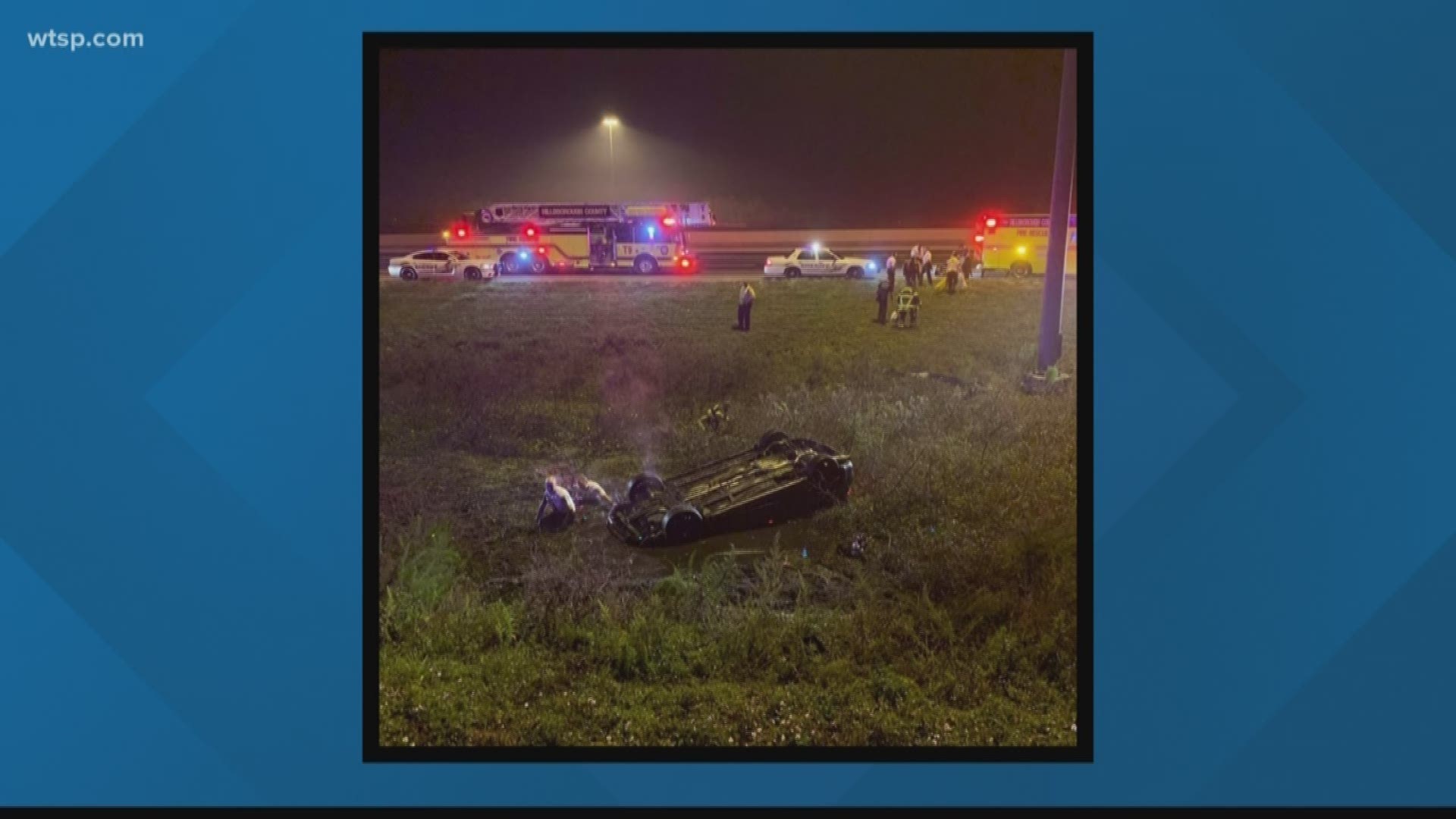 A 20-year-old Seffner woman who was run off the road on her way home from celebrating New Year’s Eve is lucky to be alive thanks to keeping a cool head and the hard work of first responders.

Her parents say 20-year-old Amanda Antonio is still in shock, but she’ll be OK.

“She closes her eyes and she says she just sees the car’s flipping,” said Antonio’s mother, Wanda Guzman.

At about 4 a.m., Antonio was driving home from a New Year’s celebration along Interstate 4 near the Highway 301 exit, when suddenly a car cut her off.

She swerved to avoid the collision.

“And that’s when her car just started flipping,” said Guzman. “She said it flipped like five times. And then it landed into the ditch.”

Antonio’s car finally came to rest upside down in a watery trench. She stayed calm, dried off her phone and got it to power on.

But Antonio was trapped in an air pocket inside her overturned car. And the car was sinking fast.

“When she (tells) the story, she cries, of course, she's scared. And she says, 'Mom, I was about to die, that was it. I thought I was gone,'” said Guzman.

Antonio’s mother and stepfather spoke on her behalf Tuesday morning. She was resting, they said, recovering from the crash.

Antonio did her best to describe where she was to the 911 dispatcher, but even with more than a dozen deputies looking for her in the dark, it was nearly impossible to find her.

Antonio somehow kept her cool, didn’t panic and opened the map app on her phone. She was then able to describe her location to the dispatcher.

“She was explaining to them at the water levels were getting higher and higher,” said Julio Perez, Antonio’s stepfather.

Suddenly, just before the water got too high to breathe, a Hillsborough sheriff’s deputy spotted Antonio’s car, jumped into the swamp and opened the passenger side door to pull her out.

“I want to say thank you to the divers, to the deputies that were there to help her,” said Guzman, “Because - what a way to start a year.”

"After fighting the mud she was encased in, they finally were able to rescue her, and she is in good condition," the sheriff's office said in a statement. "Today it took an entire team to save a life, and we could not be more proud of the effort of our men and women."

During the ambulance ride, Antonio told her rescuers that she had worried as much about snakes and alligators as she had about drowning.

They examined Antonio at the hospital, and incredibly she had suffered only minor injuries.

Her family says they are grateful to the first responders who saved her.

“It’s a miracle to us that she’s OK and everything,” said Guzman, “I’m glad no one else got hurt.”

“We are just very lucky,” said Perez. “And what a crazy way to start the year. But we are very thankful.”

Antonio’s parents say they hope officials find whoever was responsible for running her daughter off the road.

They’d also like an opportunity to thank the dispatcher and first responders who helped save their daughter.