During the investigation, detectives acted as homeowners in need of home repair work to catch people selling services they were unqualified for online. 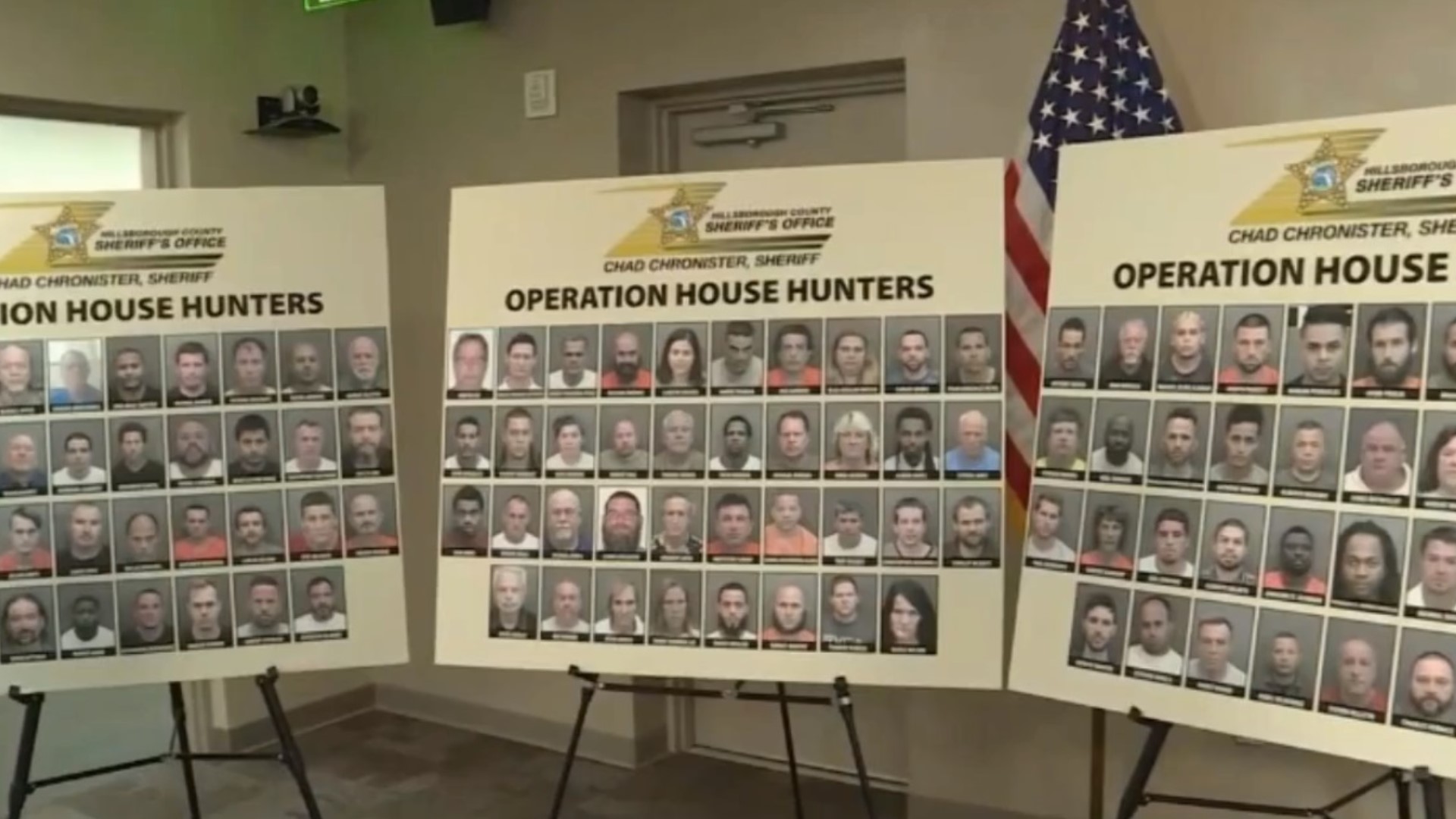 TAMPA, Fla. — More than 100 unlicensed contractors were arrested recently as part of an investigation in Hillsborough County.

Sheriff Chad Chronister detailed the results of the investigation called "Operation House Hunters" during a Tuesday morning news conference. The sheriff said the 9-month-long investigation focused on catching unlicensed contractors who were selling services they were unqualified for on social media and other websites.

Chronister said 118 people were arrested during the investigation.

“The housing market is booming in Tampa Bay right now, but that also means that fraudsters are looking to exploit homeowners,” Chronister said. “They want your hard-earned money, and they don’t care if you are left with poor quality work that could put you and your loved ones at risk.”

Chronister said the proposed work from those arrested totaled more than $540,000. Those arrested advertised the home repair services on Craigslist, Facebook and even on the sides of their cars, investigators said.

"They said they can fix or repair anything," Chronister said.

Chronister said among those arrested are a 54-year-old man, who is also a registered sex offender, and a 47-year-old man with a history of burglaries who had his state license revoked nine years ago.

RELATED: Turn To 10: Customers paid thousands to a local contractor. They say they can't get ahold of him.

RELATED: She paid a contractor to put in sinks. She was left without running water.

Hundreds of unlicensed contractors have been arrested in recent years around Tampa Bay.

Just last month, a woman turned to 10Investigates after she paid more than $2,000 for cabinets but the work was never finished.

What can you do to make sure this doesn't happen to you?

Under the Fair Credit Billing Act, you have 60 days to dispute a charge.

You can also search for professional and business licenses in the state of Florida at myfloridalicense.com.