Norman Pardo, who now lives in the Tampa Bay area, says his soon-to-be-released documentary tells the "definitive story" of the infamous 1994 murders. 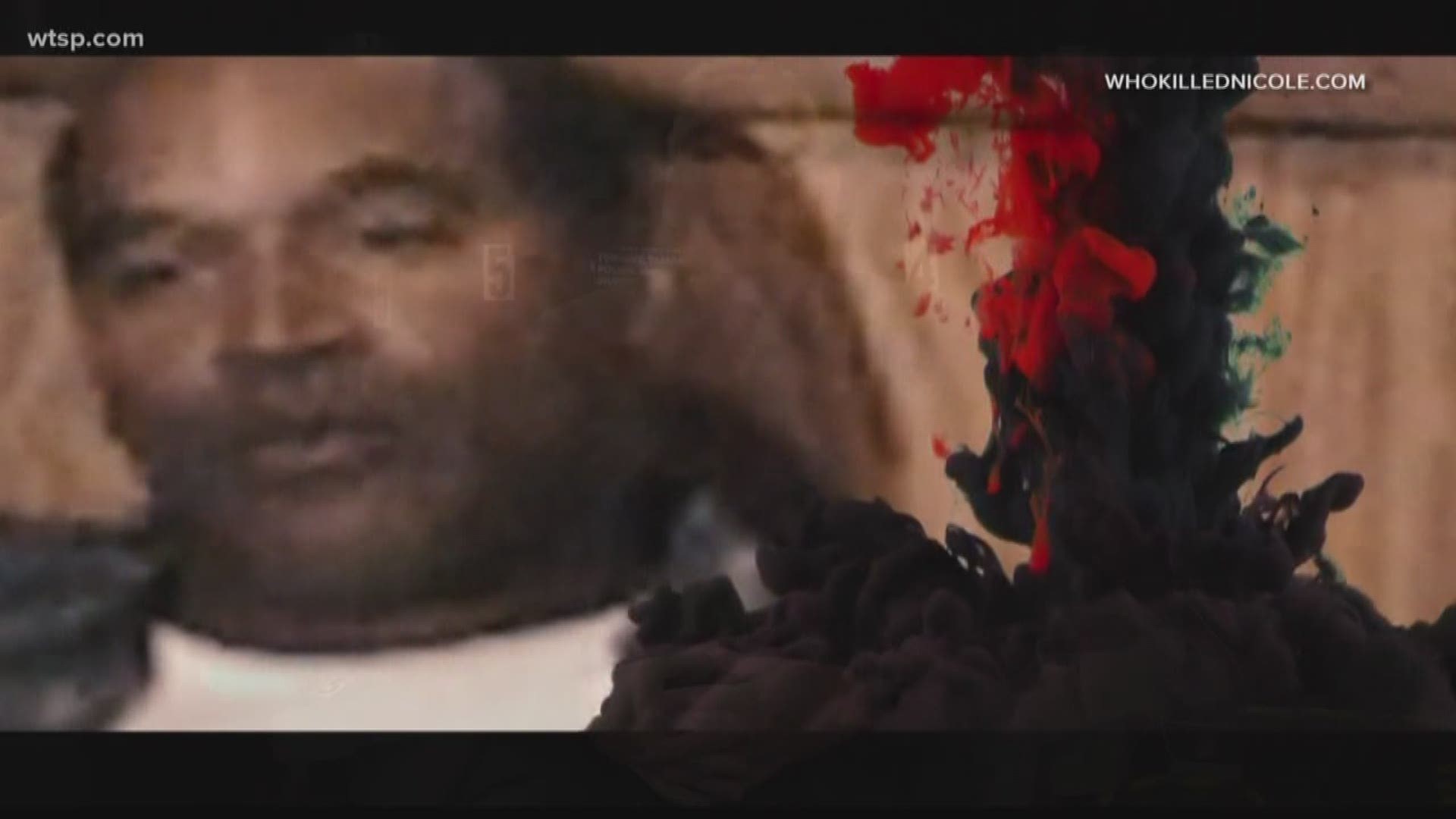 TAMPA, Fla — Even 25 years after the notorious murders of Nicole Brown Simpson and her friend Ron Goldman, fascination with O.J. Simpson and the case hasn’t faded.

“Everybody else is curious like me and don’t want to let it go until they solve the case,” Pardo said.

Pardo, who now lives in the Tampa Bay area, is Simpson’s former manager. The two met in 1999—four years after Simpson’s acquittal. A comment to his attorney that he could “promote anybody,” said Pardo, led to the introduction to Simpson.

Pardo put Simpson on a redemption tour of sorts, so long as he agreed to promote Pardo’s now-defunct internet search engine Spiderboy.com.

The former NFL star opened for acts like Wyclef Jean, amping up the crowds in some three dozen cities over several years until Simpson’s 2007 arrest, according to Pardo.

“I wanted to see the public’s reaction to him, and his reaction to the public,” Pardo told 10News. “I was filming it and I was getting close to him.”

During their time together, Pardo says he amassed 70 hours of never-before-seen video of "the Juice."

“He was like an open book, he would talk, talk talk,” Pardo said, but there was one thing Simpson didn’t discuss.

“First thing I asked him was, 'Did you kill those people?' and instead of saying, 'No I didn't kill those people, I didn't have anything to do with it,' he always said, 'You don't want to know what happened that night, just let it go,’ and that wasn't what I wanted to hear."

Make no mistake, Pardo was never there to make friends with the former NFL star.

“I had one goal in mind,” he said. “To find out who killed Nicole.”

With hours of video of Simpson, help from “informants,” and loads of documents and other data, Pardo says it’s taken 20 years to piece together “the definitive story” about who committed the infamous murders. And despite his 1995 acquittal, Pardo says his evidence shows Simpson didn’t act alone.

All of it can be found in a new documentary Pardo says will be released soon called "Who Killed Nicole?"

“We have informants who came out of the woodwork telling us things, I mean, we have things you would never imagine,” Pardo said, declining to reveal specifics about the film directed by Kyle Saylors.

Among some details he was willing to give up, Pardo claims he was able to prove Simpson was not, in fact, wearing the infamous Bruno Magli shoes that left bloody footprints at the scene of the crime. He also says he has evidence Nicole Brown had a heated argument with billionaire playboy Dodi Fayed the night before the murder, suggesting the boyfriend of Princess Diana was somehow involved.

Pardo claims he and Simpson haven't spoken since 2013 because of his refusal to back down from his investigation, despite O.J.’s objections.

A release date for the documentary is still being finalized.