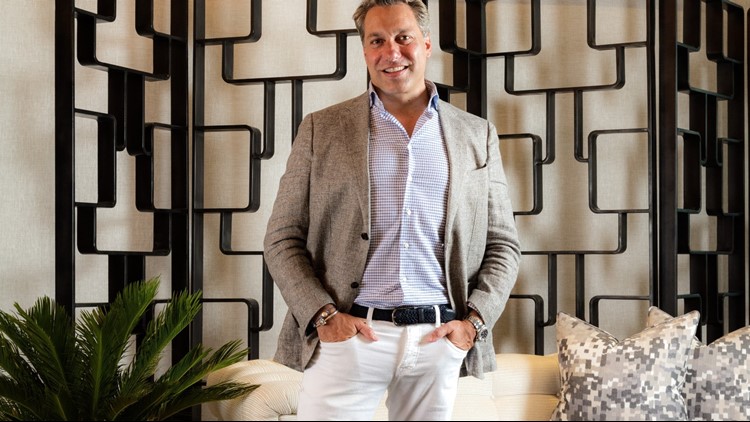 TAMPA, Fla. -- A former star of Queer Eye for the Straight Guy is joining the Tampa Riverwalk Place project as an interior designer.

Thom Filicia signed on to design interior spaces around the 50-plus-story tower, including entrances, lobby, floor plans, residential fixtures and the Sky Lobby on the 20th floor.

"The goal of the Riverwalk Place project is to create a luxurious city club atmosphere with a sophisticated fusion of rich materials and unparalleled amenities set in a beautifully designed and thoughtfully curated interior,” Filicia said in a release. “Riverwalk Place is redefining the Tampa skyline and setting the bar for a cultivated and cultured downtown lifestyle.”

Related: Tampa's skyline is about to undergo a transformation

Filicia is the founder of his own New York City-based design firm and has collaborated with Oprah Winfrey and designed spaces for clients like Tina Fey, Rosewood Hotel & Resorts, Delta Air Lines, W Hotels and David Bowie.

He was a member of the Fab 5 on the original run of Queer Eye for the Straight Guy from 2003 to 2007. He’s currently filming his newest show on Bravo, The Thom and Carson Project, with Queer Eye co-star Carson Kressley.

The $350 million tower at E. Whiting Street and Ashley Drive South is over 50 stories tall and is planned as the first mixed-use tower in downtown Tampa. It’s planned to have retail, office and condominium spaces as well as a promenade along the Riverwalk with five restaurants. Residences will be priced from $600,000 to more than $2 million.

Feldman Equities and Two Roads Development recently unveiled the architectural plans for Riverwalk Place and said it will be the tallest tower on the west coast of Florida.

"Thom was able to go to such a contemporary city and create a warm place for people to live," Boren said Monday. "Riverwalk Place is this chic, modern building, but people still need to feel like they're coming home."