Famous musicians like Nat King Cole, Ella Fitzgerald, and Duke Ellington were among those who either stayed at or visited the house. 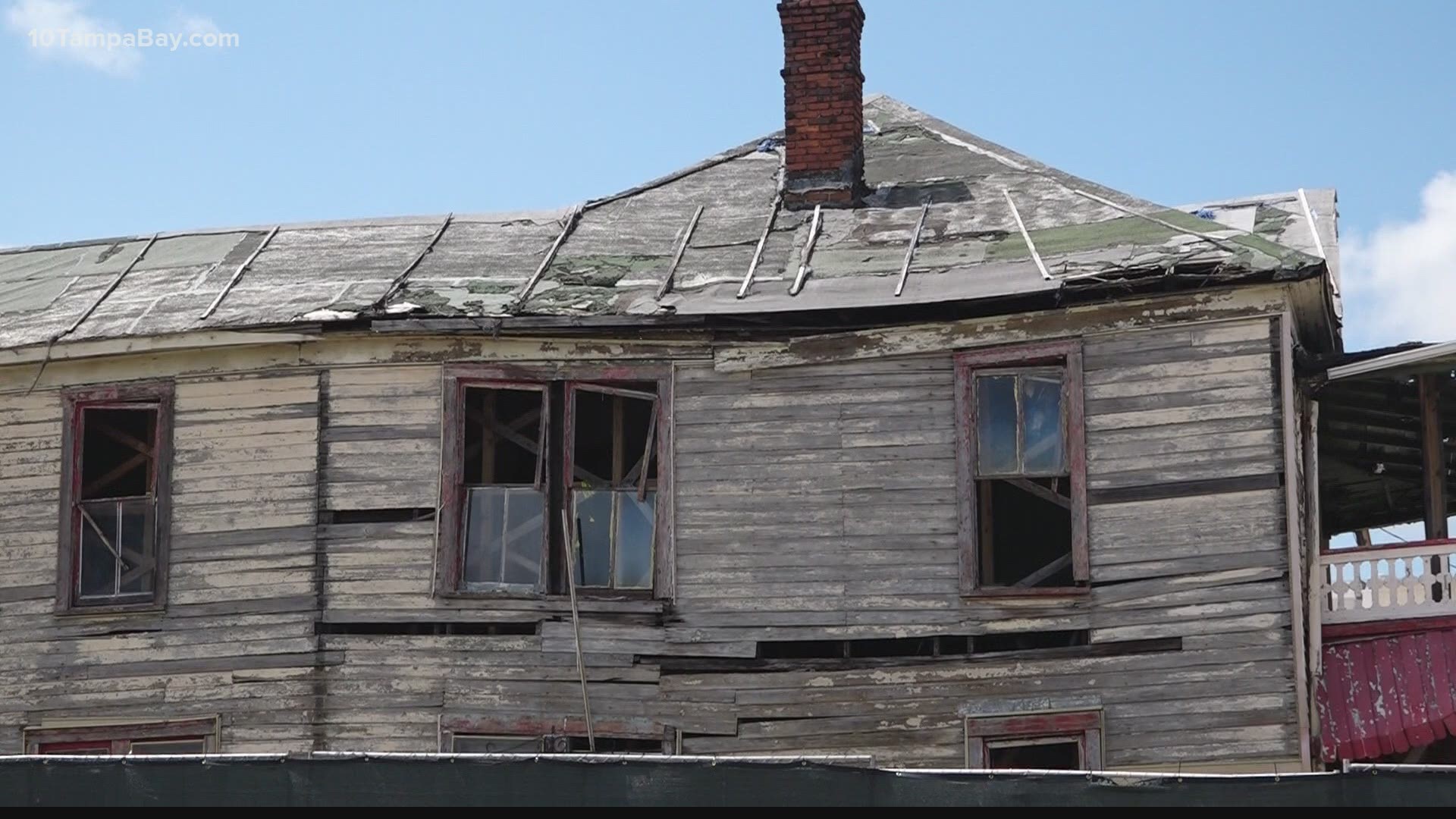 TAMPA, Fla. — To look at it from the outside, you might not appreciate the significance of the Jackson House along Zack Street in downtown Tampa.

But the former boarding house, which is on the National Registry of Historic Places, is an important part of our region’s African American history.

Through decades of segregation it was a social hub in Tampa’s once-bustling Central Avenue district.

Famous musicians like Nat King Cole, Ella Fitzgerald, and Duke Ellington were among those who either stayed at or visited the house.

“The nightclubs really played an important role in the history of the community. Musical acts came in from all over the country to play on Central Avenue,” said the Tampa Bay History Center’s Rodney Kite-Powell.  “And a lot of those acts, especially the band members, would stay at the Jackson House.”

Phase one of the restoration isn’t glamorous or obvious. It involves removing trash and vegetation, securing the property, and identifying important and historic artifacts still inside the home.

With help from the University of South Florida and the Tampa Bay History Center, The Jackson House is also undergoing a full 3D-imaging to determine how structurally sound the home is.

Phase one of the project should be completed in the next few weeks. After that, engineers will take what they’ve learned to figure out the best and safest way to begin the restoration.

“The structure was shored up from the inside,” said Kite-Powell, “And so, it’s been reinforced. So, it’s a little safer, which is great. But it needs, still, a lot of study before they can really start the preservation.”

In November, Tampa Bay Lightning owner Jeff Vinik committed a million dollars toward restoring the Jackson House, which is on the National Registry of Historic Places, and might ultimately become a museum.

At the time of that commitment, no one could’ve foreseen the Black Lives Matter movement and the significance the landmark could play in preserving Tampa’s African American history.

“None of our history happens in a vacuum. We are all a part of building our community history,” said Kite-Powell. “And so, learning about all the different communities that make up that history is critical. And I think having the Jackson House tell that story is going to be a really important step in that direction.”

RELATED: Lawmakers call for Juneteenth to be a federal holiday

RELATED: City of Tampa apologizes for racist past