The Riverview father is on trial for allegedly killing his girlfriend, Kenyatta Barron, and 9-year-old special needs daughter before stabbing his young son. 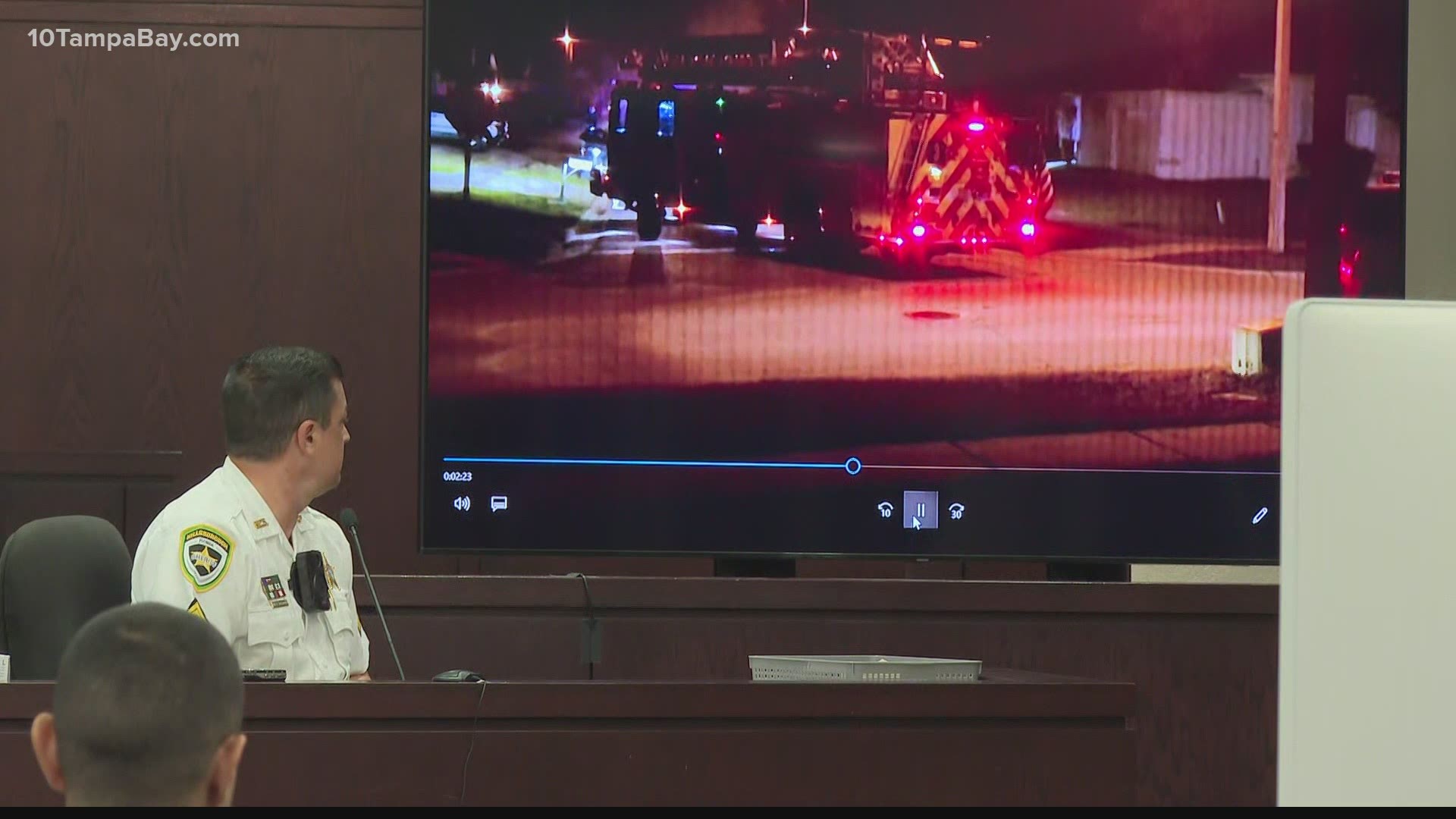 TAMPA, Fla — For the second straight day, Ronnie Oneal III arrived in handcuffs to defend himself in his own capital double-murder trial.

The Riverview father is charged with killing his girlfriend, Kenyatta Barron, and his 9-year-old special needs daughter before stabbing his son and setting the family house on fire.

Jurors on Tuesday watched cell phone video shot by a neighbor showing first responders arriving as Oneal’s then 8-year-old son tried escaping the home. Hillsborough County firefighter Donald Foster was one of the first inside the home, which was quickly filling with smoke and flames.

“I found that I was slipping which I couldn’t figure out why, because I hadn’t applied a lot of water,” Foster recalled. “So I ducked down on the ground to see what exactly I was slipping on and I realized the floor was covered in blood.”

At one point, he described finding Oneal’s 9-year-old daughter covered in burning debris. She was rushed outside, but it was too late.

“We could tell it was beyond recognition as far as… anything other than just a… body at that point,” said Foster, pausing to compose himself. “I hugged my other firefighter and cried, to be honest with you.”

Paramedics next turned their attention to Oneal’s surviving 8-year-old son, who was badly wounded and burned.

Lt. Veronica Vitte transported the child to a nearby soccer field to be airlifted to Tampa General but says she remembers him speaking before he was sedated.

“I believe he said my dad killed my mom or my dad shot my mom,” Vitte said. “It’s one of the two statements that he made.”